Are You Guilty of ‘Virtue-Signaling?’ 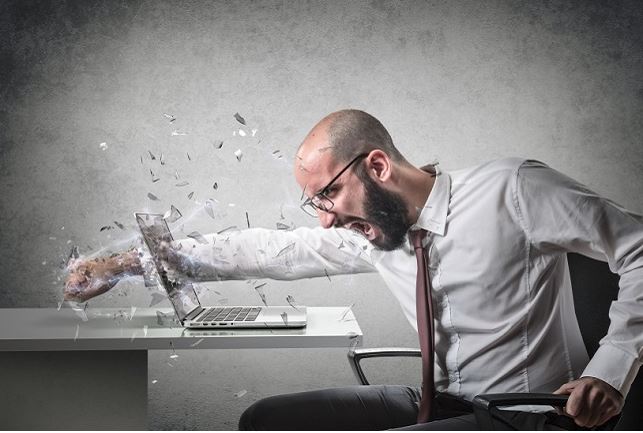 British author James Bartholomew has secured his place in history. Recently, he invented the perfect phrase for our times: “virtue signaling.”

Virtue signaling is the popular modern habit of indicating that one has virtue merely by expressing disgust or favor for certain political ideas, cultural happenings, or even the weather. When a liberal goes on a tirade about how dumb and dangerous U.S. Senator Ted Cruz is—a tirade devoid of specific examples of Cruz’s mendacity—that person is actually signaling to others that he or she is virtuous. It has very little to do with Cruz’s actually personality or record.

Celebrities who publicly express panic about the environment without knowing much about science are virtue signaling. So are those who seize on current events to publicize their supposedly virtuous feelings, as Facebook founder Mark Zuckerberg did recently when he wrote on Facebook: “If you’re a Muslim in this community, as the leader of Facebook I want you to know that you are always welcome here and that we will fight to protect your rights and create a peaceful and safe environment for you.” Well, that’s a relief—Facebook won’t be banning Muslims.

Modern virtue signaling began in the 1960s, when cultural leftism overthrew not just the conservatism of the 1950s but also the vital center of liberalism. Conservatives and moderate liberals had done plenty of virtue signaling of their own, and a lot of it was based on racism and hatred of homosexuality, but a lot of it was also grounded in reason and truth. William F. Buckley, Richard Nixon, and Whittaker Chambers were right about communism. Moderate liberals also favored research and analysis over slogans. Liberal Daniel Patrick Moynihan’s 1965 report, “The Negro Family: The Case for National Action,” predicted the catastrophe that would befall the black community as a result of broken families.

The New Left of the 1960s was more about rage than reason, and they passed their anger down to their Millennial offspring. Often the entire front page of left-leaning websites like Slate and Salon are nothing but virtue signaling, the headlines all variations of: Celebrity/Politician/Activist A Just Destroyed the Homophobic/Sexist/Racist Idiocy of Politician B. Usually the articles are jeremiads without much reporting. If research is going to buzzkill your virtue signaling, well then, to hell with research.

But then, virtue signaling is not about journalism. It’s a way to vent your anger. As James Bartholomew describes:

It’s noticeable how often virtue signalling consists of saying you hate things. It is camouflage. The emphasis on hate distracts from the fact you are really saying how good you are. If you were frank and said, ‘I care about the environment more than most people do’ or ‘I care about the poor more than others’, your vanity and self-aggrandizement would be obvious. . . . Anger and outrage disguise your boastfulness.

One of the most appalling examples of this appeared recently on the Huffington Post. In “Dear Islamophobes: Your Racism is Putting Us all in Danger,” writer Ryan Grim, who failed to marshal research, conduct interviews, or consult polls, declared:

Anti-immigrant and anti-Muslim political parties in Europe have stirred up a tremendous amount of Islamophobia there, and such attitudes naturally drive feelings of anger and betrayal. For a young man or woman on the edge, it can be just enough to push them into radicalization, and it’s not a coincidence that Europe has seen far more homegrown attacks. Yet we here in the U.S. seem to be barreling headlong for that same cliff.

It’s delivered like Holy Writ, without sourcing or self-reflection or doubt: Islamophobia is declared irrational, blamed for producing feelings of anger and betrayal in Muslims, which then pushes young people “on the edge” towards radicalization. No need to dive into data about Muslim attitudes about jihad. No need to examine the contradiction of liberals who argue that vulgar elements of pop culture have no effect on people, even people “on the edge.”

Bravo, James Bartholomew. You have invented a useful and timely neologism. Hopefully it will lead to public awareness of or disgust with virtue signaling, which is both obnoxious and intellectually lazy. At the very least, it is a reminder that genuine virtue, pursued in everyday acts and often hard-won, isn’t likely to be found in places like The Huffington Post.

This article was originally published at Acculturated.