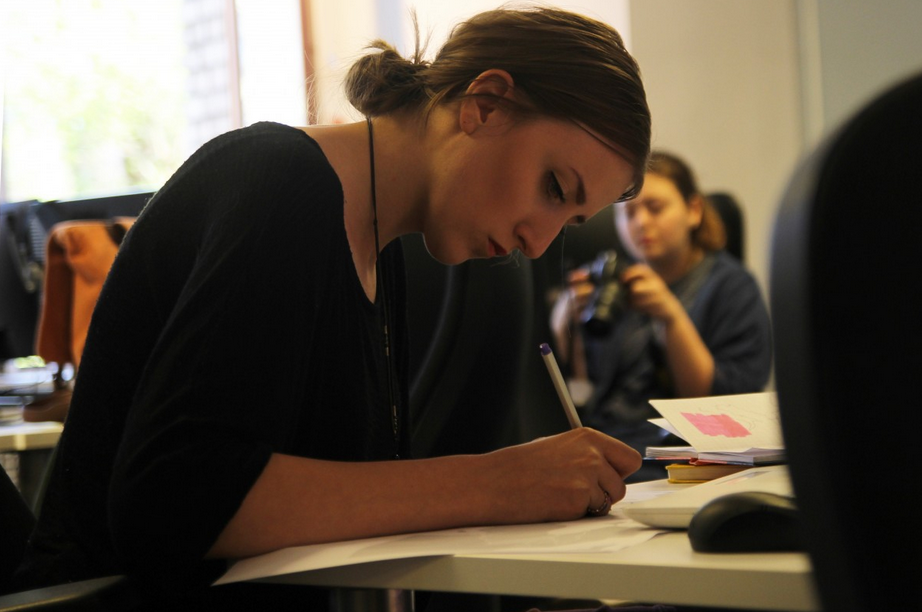 One of the interesting things about working at Intellectual Takeout is hearing the personal experiences of readers regarding issues we raise and discuss in our articles. A more recent example of this is the individual who wrote that he had gone back to college as a middle-age student seeking greater career advancement. While there, a teacher pulled him aside and accused him of plagiarism on a written assignment. The reason? His grammar was far better than that of his younger college classmates.

Unfortunately, that teacher’s accusation, although misguided, is somewhat understandable. Only one-fourth of America’s high school seniors are proficient in writing, a fact which causes many headaches for today’s college instructors, as was recently noted by Justin Parmenter in The Washington Post:

“I reached out to postsecondary writing instructors across North Carolina to investigate trends in their students’ writing. The common refrain in their responses was that student writing skills had diminished over the past 15 years and that it appeared that writing had not been a priority in their students’ previous classes.

Many of these instructors spoke of their students’ inability to write in complete sentences with proper grammar and punctuation, to structure their writing effectively, and to provide support for their views. They told me students often didn’t know how to research or how to paraphrase the words of others in their writing. Unable to make up the necessary ground in four years, these students are then entering the job market with subpar writing skills.”

So what’s behind these poor writing skills which seem to prevail across the board in American schools? Parmenter, himself a celebrated English teacher, lists five reasons for the decline in writing.

1. Over-emphasis on Testing – Standardized appears to have “exploded in the past decade,” largely due to standards brought on through No Child Left Behind and Race to the Top. Parmenter believes increased testing is a primary reason writing scores have declined over the same time period.

2. Increased Focus on Other Subjects – Because tests have largely focused on reading, math, and science, teachers have devoted more time to teaching these subjects. As a result, writing gets pushed to the side.

3. Ill-prepared Teachers – As Parmenter notes, recent studies have found that many teachers simply are not equipped with good writing skills themselves, and as such, pass this inability on to their students. In all likelihood, this problem is exacerbated by the fact that highly-skilled experts in areas such as math, writing, and science are not allowed in the classroom unless they have official education credentials.

5. Increased Emphasis on Technology – A final component preventing the development of writing skills, Parmenter notes, is technology. Although admittedly useful in some respects, technology has been found to hinder performance on writing tests, particularly for students with disadvantaged backgrounds.

Writing is one of the key mediums used to express thoughts and ideas. Unless we place more emphasis on this craft, will we continue to see generations of students mature without being able to craft a cogent thought – both in written and oral form?