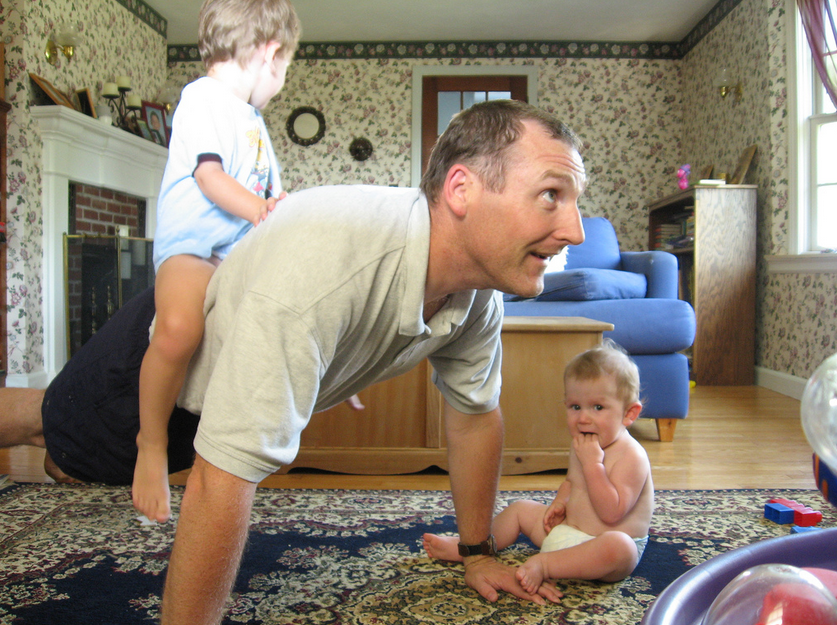 According to the Census Bureau, a majority of children in the U.S. live in two parent homes. This is an encouragement, particularly since research shows that children from two-parent homes experience better health, are less likely to engage in risky behaviors, and are more likely to escape poverty.

The bad news is, there are millions of other children not growing up in a two-parent family. And of the 20 million American children who live with a single parent, 17 million are growing up without an active father.

That’s a bit of a problem, especially for boys, for many of them will grow up without having a strong male role model in their life. This is not to belittle single mothers, many of whom are hard-working and do the absolute best they can for both their sons and daughters. Still, the problem remains. What kind of advice can we give to fatherless young men in order to help them successfully navigate marriage and a family of their own?

One option is to turn to the advice of strong fathers who have gone before. One of these is Teddy Roosevelt.

As the 26th president of the United States, as well as the father of six children, Roosevelt certainly had his hands full. Yet in the midst of his hectic life, he found time to jot down words of wisdom to those six children in a number of letters. Reading between the lines of these letters, we see five recommendations emerge for men of all ages and backgrounds on how to maneuver the waters of parenting. These include:

1. Be Approachable
Roosevelt was clearly a father with whom his children could enjoy life. As president, he could have chosen to remain aloof and impress all the dignity of his office upon his children. Instead, he got down and dirty in the mud while going on expeditions with his sons and their friends. Rough-housing was also not beneath him, a fact evidenced by the pillow fight ambushes which seem to have proliferated in the White House. In other words, Roosevelt was a friend to his children, but a friend who still maintained the authority of a respected father.

2. Appreciate Books
Judging from Roosevelt’s letters, reading held quite a prominent position in his household. This is evidenced through the many times he discussed book characters – particularly those from Dickens’ works – with his children. Undoubtedly, this free discussion over books developed from the fact that Roosevelt regularly read to his children. Stories from the Bible, Uncle Remus, and other works were some of the selections which Roosevelt frequented with his children.

3. Be Reasonable
Despite his playful nature, Roosevelt knew how to get serious with his children. He encouraged them to work hard in their studies, to try different activities, and to develop strength of character. At the same time, he also avoided an aggressive style of parenting which demands a child to excel at everything.

4. Show Gratitude
For a man holding the most powerful office in the country, one would think Roosevelt would begin to feel entitled to the presidency. Before his re-election, however, Roosevelt wrote to his son expressing his gratitude for the opportunity he had both to enjoy the White House and to influence and lead the country.

5. Show Love and Respect for Your Wife
Finally, Roosevelt’s letters suggest that a good father will also be a good husband who openly expresses his respect and admiration for his wife in front of their children. This is evidenced by the many fond and praiseworthy mentions Roosevelt makes of “Mother,” as well as the time he spent with her.

If we want to raise a generation of strong men and women, do we need more young men to begin following Roosevelt’s advice?