Why the Feds Should Stop Pushing Racial Quotas in Special Education 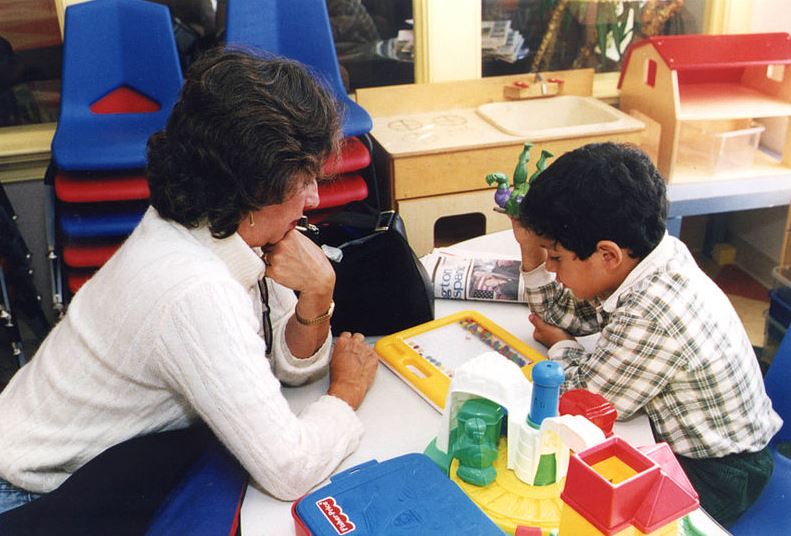 No child should be barred based on her race from a public education program needed to address her learning disabilities or educational deficits. But the Obama administration ignored this basic principle in its December 2016 regulation interpreting the Individuals with Disabilities Education Act. That regulation penalizes educational entities that don’t achieve racial quotas in special education, by defining failure to meet such quotas as “disproportionality.”

The parent of a disabled child asked the Trump administration to repeal this regulation in a comment to the Education Department. As the parent noted, starting in 2018, the regulation will divert 15 percent of schools’ “special education funds to activities that do not directly benefit [such] children” when a finding of “significant disproportionality” occurs.

Since I used to practice education law for a living, I also submitted a comment asking for the repeal of this regulation, in response to the Trump administration’s June 22 request for public comments about which Obama-era regulations to repeal. As I noted in my comment, such “racial-balance requirements in special education are unconstitutional” under federal court rulings. I cited a unanimous ruling by the Seventh Circuit Court of Appeals, People Who Care v. Rockford Board of Education (1997). That ruling struck down several race-based provisions in a court integration decree, including one that “limits minority enrollment in compensatory education (that is, remedial) programs to the percentage of minority students in the school as a whole.”

That racial balance requirement was nothing more than a racial quota, and it harmed minority students most by denying them access to remedial programs. As the court observed:

These programs are designed largely although not entirely for minority students, because they have on average more educational deficits. To forbid these students access to these programs on the ground that it would foster unfavorable stereotypes is the kind of ‘benign discrimination’ thinking … that the courts have long rejected.

Similarly, the Council of the Great City Schools advocated the repeal of this regulation in its comments to the Education Department on behalf of 68 of America’s largest urban school districts. “The Council suggests rolling back the disproportionality determination methodology” in 34 C.F.R. § 300.646, which I had objected to for promoting racial quotas, and urges the Trump administration to “Strike 34 CFR 300.647, and issue new proposed regulations for public comment.”

In the summary to my comments, I requested:

that the Education Department rescind the definition of “significant disproportionality” in 34 C.F.R. § 300.647, and adopt a definition that is less onerous for local education agencies. … the current definition places pressure on them to adopt veiled racial quotas in special education services, which violates the Constitution. [See Assistance to States for the Education of Children With Disabilities; Preschool Grants for Children With Disabilities, 81 Fed. Reg. 92376 (Dec. 19, 2016)].

The notice containing the final version of the rule ignored the agency’s duty to interpret laws so as to avoid potential constitutional problems. The rule interprets “significant disproportionality” as being based on a crude comparison of the number of minorities versus number of whites with a particular outcome or classification—rather than whether the outcome or classification was more accurate for members of one race rather than another due to disproportionate failure to evaluate members of a particular race correctly. The rule compares the “outcome for children in one racial or ethnic group” not with the correct outcome, but with the “outcome for children in all other racial or ethnic groups.” See 34 C.F.R. 300.647(a)(1)&(a)(6).

There was a plausible alternative interpretation of “significant disproportionality” that did not raise any potential constitutional problem (one focusing on skewed process rather than [group] outcome, such as whether economic, cultural, or linguistic barriers to appropriate identification or placement skewed the process against a minority group).

So there was no reason to adopt the interpretation contained in the rule, which punishes LEA’s for not achieving a racial quota in identification of children as disabled. If regulated entities do not achieve “significant disproportionality,” even for reasons beyond their control, 15% of their funds are diverted to coordinated, early intervening services. See 34 CFR 300.647(d)&(e).

Racial-balance requirements in special education are unconstitutional. People Who Care v. Rockford Bd. of Educ., 111 F.3d 528, 538 (7th Cir. 1997) (overturning provision in court “decree” that “limits minority enrollment in compensatory education (that is, remedial) programs to the percentage of minority students in the school…”)

So the rule was wrong to financially penalize school districts for not achieving such racial balance. Doing so ignored settled canons of statutory construction. Statutes should not be interpreted as pressuring regulated entities to use race unless there is no plausible alternative reading of the law. See Miller v. Johnson, 515 U. S. 900, 923 (1995) (“Although we have deferred to the [Justice] Department’s interpretation in certain statutory cases … we have rejected agency interpretations to which we would otherwise defer where they raise serious constitutional questions. … When the Justice Department’s interpretation of the Act compels race-based districting, it by definition raises a serious constitutional question … and should not receive deference”); Lutheran Church v. FCC, 141 F.3d 344 (D.C. Cir. 1998) (pressure on regulated entity to use race was unconstitutional).

Penalizing an entity for not meeting “racial targets or quotas” raises “difficult constitutional questions,” even when the entity has previously been found guilty of discrimination (which is not the case for the regulated entities subject to this rule). See Texas Dept. of Housing and Community Affairs v. Inclusive Communities Project, 135 S. Ct. 2507, 2524 (2015).

This Competitive Enterprise Institute article was republished with permission.