What ‘Fixer Upper’ Taught Us About Marriage 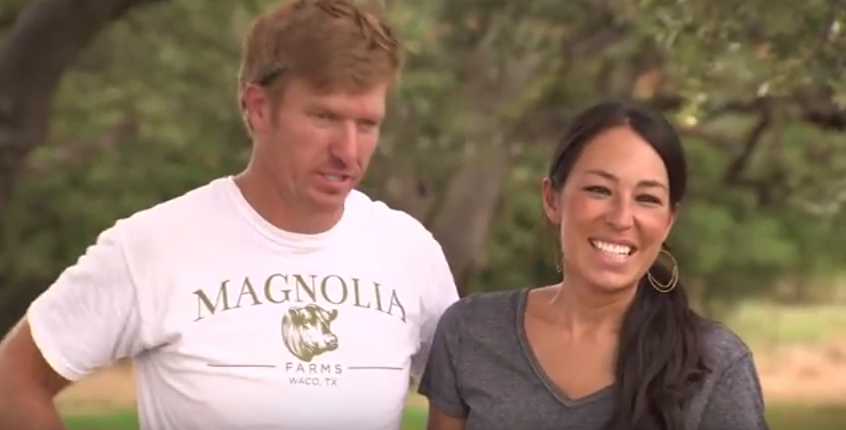 In their years on HGTV’s show, Fixer Upper, hosts Chip and Joanna Gaines achieved far more than merely getting Americans to embrace open floor plans and shiplap; they made marriage look fun again.

The Texas couple’s decision to end the show after soon-to-be-aired Season Five ensures it won’t devolve into them simply playing certain roles, trying to recapture the magic of earlier seasons.

“This is just us recognizing that we need to catch our breath for a moment,” the Gaineses wrote on their blog. “Our plan is to take this time to shore up and strengthen the spots that are weak, rest the places that are tired and give lots of love and attention to both our family and our businesses.” In a video accompanying their blog post, Joanna spoke specifically about how quickly the couple’s four children were growing, noting that their eldest was almost a teenager and expressing how they were ready to “hunker down with our kiddos” for a time.

This is exactly what made the Gaineses so appealing. They do care about time with their family—and they’re not the kind of reality TV professionals who want to turn their family into a permanent fixture on the screen by being “on” all the time. Part of the couple’s appeal has always been their family-friendliness, their down-to-earth qualities, and the clear priority they give to living in accordance with their values.

But their decision to end the show is also appealing because the Gaineses themselves have changed: in the years since Fixer Upper began, they’ve become involved in multiple home goods lines, launched a magazine, written a book, and even opened a bakery in their hometown of Waco, Texas. While I’m happy for the Gaines’ success, the fact is they’re not the same couple facing regular problems that they were when the show launched—and frankly, yes, a reality show true to their own current reality (exploring questions like what mega chain is worth trusting for a home goods line partnership, for example) would simply not be as relatable or enjoyable to watch.

But I’m grateful for the years they gave us on Fixer Upper.

There’s a real dearth of shows or, frankly, any entertainment that depicts marriage as fun. And while no doubt the Gaineses amped it up a little for the camera, the dynamics under-girding the show—the push and pull between the goofy Chip and the more serious Joanna—certainly seemed authentic, as did the joy they had in just hanging out with each other, occasionally trying to get a rise out of one another.

Along the way, thanks to the pairing of Joanna’s gift for interior design and Chip’s skilled construction craftsmanship, they made a lot of beautiful homes—showing concretely how the teamwork of marriage could create something bigger.

In her 2011 book, Is Everyone Hanging Out Without Me? TV writer and actress Mindy Kaling included a section, “C’mon, Married People,” in which she wrote:

I don’t want to hear about the endless struggles to keep sex exciting, or the work it takes to plan a date night. I want to hear that you guys watch every episode of The Bachelorette together in secret shame, or that one got the other hooked on Breaking Bad and if either watches it without the other, they’re dead meat. I want to see you guys high-five each other like teammates on a recreational softball team you both do for fun. I’m not saying that marriage should always be easy. But we seem to get so gloomily worked up about it these days.

Kaling, whose own show The Mindy Project unfortunately devolved into a gloomy look at the hardships of relationships these days, concluded with the following plea:

“Married people, it’s up to you. It’s entirely on your shoulders to keep this sinking institution afloat. It’s a stately old ship, and a lot of people, like me, want to get on board. Please be psyched, and convey that psychedness to us.”

And that’s exactly what the Gaineses have done on Fixer Upper. In an era when marriage rates are down, people flirt with notions of open marriages and polygamy, and singles scour Tinder for one-night-stands, a show about home renovation unexpectedly became a celebration of how a husband and wife could be friends and partners, could complement each other and have a genuinely good time just hanging out with each other. In their interactions with each other and their four children, the Gaineses proved happiness isn’t impossible for an old-fashioned family in our modern era.