So This Is What Happens With Government Disaster Relief? 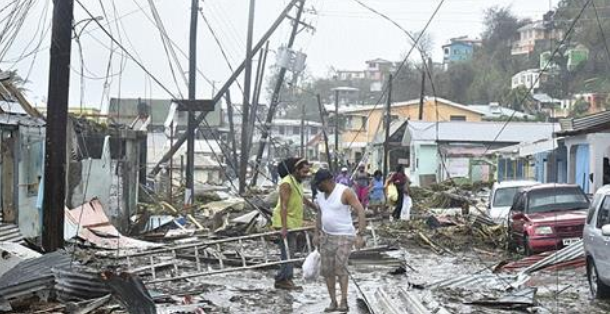 The idea of having government assist after a natural disaster sounds great. It makes us feel good. Houston floods? Send millions. New Orleans floods? Send hundreds of millions. Puerto Rico? The place is a mess and needs billions and billions. It all seems right.

Until you look at the details. Someone gets the money. Whether they are the same institutions who actually do the reconstruction is another matter. And what kind of relief they provide is another question. Other people’s money usually works this way. Look closely enough and you find corruption at every level.

I recall living in a town hit by a hurricane many years ago. The town mayor instructed people not to clean up yet because FEMA was coming to town. To get the maximum cash infusion, the inspectors needed to see terrible things. When the money finally arrived, it went to the largest real estate developers, who promptly used it to clear cut land for new housing developments. That’s some nice capital if you can get it.

And now we have the remarkable case of Whitefish Energy. It’s a good example of how a website can make anything seem awesome. You would never know by looking at the impressive digital space that this is a father/son business. That’s right: just two employees.

It does seem highly strange that this desktop operation in Montana would be awarded a $300 million contract to rebuild the electrical grid in Puerto Rico. That sounds outrageous. But guess what? This is a day and a half of disaster relief spending.

Meanwhile, fully six weeks following Hurricane Maria, most of the island is in the dark. Already, $20 million of the contract has been spent. The controversy surrounding the award has led the governor of the island to cancel the contract. Now the FBI is looking into precisely what happened here.

Here is an interesting clue buried in the New York Times’s reporting:

The company’s chief executive, Andy Techmanski, came from the same small town in Montana as Interior Secretary Ryan Zinke. In an interview shortly after securing the contract, Mr. Techmanski told a local news station that he had been in touch with Mr. Zinke for “more resources.” Mr. Zinke’s son worked for Whitefish last summer.

To be sure, this could be a coincidence. Surely. And yet, to believe that does require that you suspend all normal standards of incredulity. The NYT again:

“Absolutely outrageous,” said Eduardo Bhatia, a Puerto Rican opposition senator who wrote an energy law in 2014. “A two-employee company from Whitefish, Mont., gets a $300 million contract out of nowhere? Based on what?”

Still, the company protested the end of the contract.

“The decision will only delay what the people of Puerto Rico want and deserve — to have the power restored quickly in the same manner their fellow citizens on the mainland experience after a natural disaster. We will certainly finish any work that Prepa wants us to complete, and stand by our commitments, knowing that we made an important contribution to the restoration of the power grid since our arrival on the island on Oct. 2.”

That’s some spin right there. You know what strikes me? A contract has to be this big and this egregious and this absurdly ridiculous to attract the interest of the press and even the FBI. What else goes on with disaster relief? Why does it have to be this bad finally to raise some eyebrows?

The great truth about government is that every penny it spends must come from somewhere and must land somewhere else. Depending on how you define “scandal,” it is absolutely ubiquitous from the beginning to the end of the budget. There is no possibility of eliminating corruption in government. That’s a pipe dream. The entire apparatus itself is rooted in corruption, defined as self-interested people using the system to enrich themselves at others’ expense.

Maybe someone will get to the bottom of this particular caper. If so, that accounts for $300 million, out of $3.27 trillion. We’ve got a long way to go to sort out precisely where our money taken by force is going.

Jeffrey Tucker is Director of Content for the Foundation for Economic Education. He is founder of Liberty.me, Distinguished Honorary Member of Mises Brazil, economics adviser to FreeSociety.com, research fellow at the Acton Institute, policy adviser of the Heartland Institute, founder of the CryptoCurrency Conference, member of the editorial board of the Molinari Review, an advisor to the blockchain application builder Factom, and author of five books, most recently Right-Wing Collectivism: The Other Threat to Liberty, with a preface by Deirdre McCloskey (FEE 2017). He has written 150 introductions to books and many thousands of articles appearing in the scholarly and popular press.