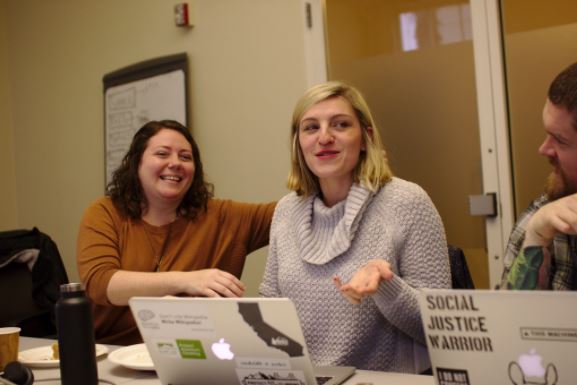 In the fall issue of Thinking Minnesota, Katherine Kersten offers a deep-dive look into the social justice activism that is beginning to take hold in many of America’s schools. And so far the results have not been pretty.

Kersten, an attorney and a policy fellow at the Center of the American Experiment, shows that one of the nation’s celebrated school districts – Edina Pubic Schools (EPS), a wealthy school system in Minnesota – has witnessed a steady decline in academic performance in recent years, as schools have shifted educational focus from traditional curricula to social justice advocacy.

Minnesota Department of Education statistics reveal steep declines in reading and math proficiency following the district’s adoption of “All for All,” Kersten writes, an initiative that rests on the premise that systemic racism is the primary force behind the achievement gap between white and minority students. The initiative, adopted in 2013, explicitly stated that all learning and teaching in the district’s schools would be through a “lens of racial equity.”

“In sum,” Kersten writes, “the All for All plan seeks to groom students, parents, and teachers to be agents of social change.”

Many parents (speaking off the record) voiced concerns over the initiative. And rightly so, Kersten contends:

Today, for example, K-2 students at Edina Highlands Elementary School are learning—through the ‘Melanin Project’—to focus on skin color and to think of white skin as cause for guilt. ‘Equity’ is listed as a primary criterion on the district’s evaluation for K-5 math curricula.

At Edina High School, teachers are haranguing students on ‘White Privilege,’ and drilling into them that white males oppress and endanger women. In a U.S. Literature and Composition class, 11th-graders are being taught to ‘apply marxist [sic], feminist’ and ‘post-colonial’ ‘lenses to literature.’

The district’s commitment to social justice goes beyond classroom instruction, it’s worth pointing out.

As part of the initiative, the district adopted policies that also changed its hiring practices. It announced that going forward it would “recruit, hire and retain high-quality, racially conscious teachers and administrators” (emphasis mine).

What precisely is a “racially conscious” teacher or administrator? That is unclear; but presumably this would be employees and prospective employees who have social activism on their resumes.

This is troubling on multiple levels.

First, such a policy would seem to disadvantage job seekers who are not “racially conscious”—those who are mere educators and are not actively involved in social justice politics.

Second, such a policy could potentially politicize classrooms, marginalizing students and teachers who are skeptical of “racial equity” and simply believe all people should be treated equally. This certainly appears to have happened in at least some of Edina’s schools, where students and teachers reportedly were openly crying following the 2016 presidential election and chants of F*** Trump compelled some Trump-supporting students to leave school.

It also bears asking: Do we really want to be making children more conscious of race and class? Could such policies have the unintended consequence of creating more racial division?

Moral education of this sort appears strikingly similar to the class consciousness Aldous Huxley envisioned in his dystopian novel Brave New World. Is that a road we really wish to travel?