I’m a Conservative Who Was Roofied by a Stranger. Here’s What I Think of the ‘Me Too’ Hashtag. 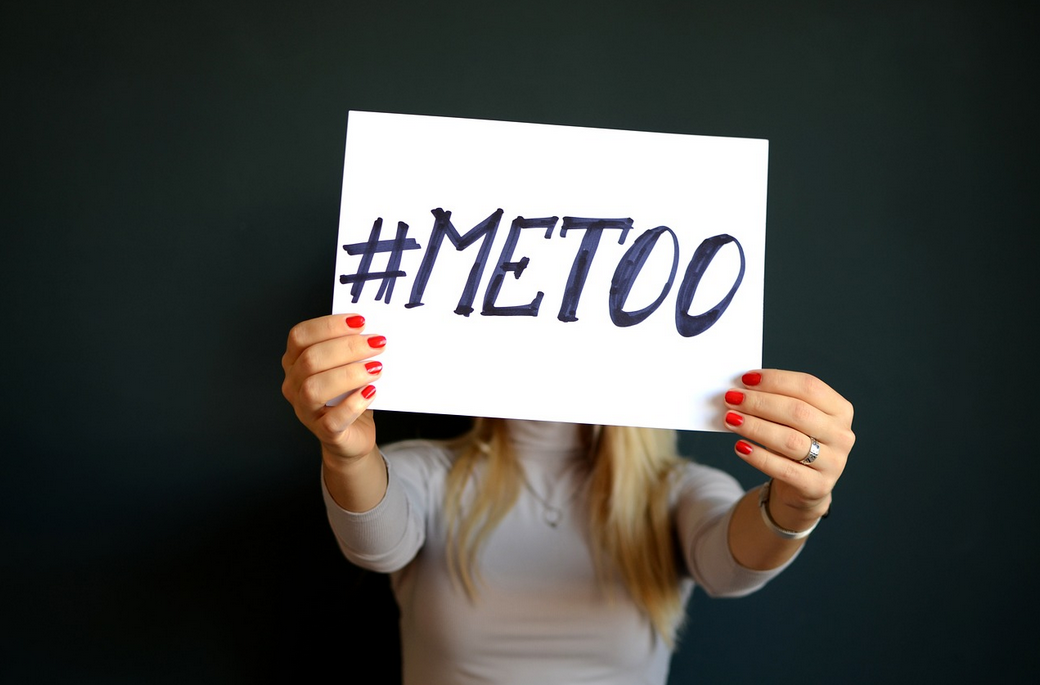 That phrase has floated around social media all week, a trend started in response to the recent sexual assault allegations against Hollywood producer Harvey Weinstein. The premise is simple, if not oversimplified: Shift the focus away from predators and onto the victims.

Tens of thousands of women—and men—have shared their stories of rape, sexual assault, or harassment under the hashtag. For some, the only words that came were “Me, too.”

I process through writing. This week, I have written something incredibly personal, for a trend no one—including myself—expected me to participate in. I believe I owe myself a voice, and for that reason, I share my story with you.

This wound is still fresh. Not long ago, shortly after moving halfway across the country to Washington, D.C., I was roofied in a bar. I recall telling myself I would just have one drink, since the friends I was supposed to meet canceled on me. The next 12 hours are black. Not figuratively black, but literally black. They do not exist in my mind except for a handful of hazy, dreamlike snapshots of context-less moments toward the beginning and end of that period.

What I know from hospital staff is that someone called an ambulance after finding me screaming for help in a Metro station, a strange and as-yet unidentified man at my side. I was covered in vomit and incoherent, but even drugged-up Amy still put up a fight—apparently, I was kicking at the EMTs.

I came to the next morning on an emergency room gurney, bruised in various places and my wrist so badly damaged it would likely need surgery. There was no alcohol in my system: I had not been drunk. No, some piece of human garbage chemically incapacitated me because he did not feel capable of simply overpowering me. In many other contexts I might take it as a compliment.

There is an ongoing criminal investigation on which I won’t comment. I don’t envy the job of police in this regard—as someone with a background in criminal law, I know how difficult these cases are to prosecute.

After I initially shared this story, several friends asked for explanations as to why I chose now to speak out. Why would I, as an ardent and principled conservative, appear to align myself with a “movement” so closely related in the public eye to the very militant feminism I often criticize? While I don’t owe anyone an explanation for why and when I share my story, I will nonetheless provide one. Why do I unapologetically proclaim, “Me, too?”

Because this is my voice. There are many like it, but this one is mine.

And today, my voice will speak.

It will speak on behalf of a moderation that neither ignores victims nor demonizes all men. It will speak to a pain that transcends political rhetoric. It will speak for those who are too often silenced by the sheer weight and emotional complexity of a burden they never asked to bear.

It will speak because this week I have seen too many ignorant comments, authored by too many people with too many opinions and too little compassion. People who, if they will listen at all, will only listen to a gun-owning, beer-drinking, God-fearing conservative woman whose disdain for modern militant feminism is well-known and unwavering.

There are a disconcerting number of people who, while ferociously and rightfully tearing apart the likes of Harvey Weinstein and his enablers, simultaneously denigrate the experiences of victims in the name of “confronting the lies of leftist feminism.”

I’m not referring to commentators like Michael Knowles and Ben Shapiro, both of whom have offered honest and thoughtful concerns about the #MeToo hashtag. By no means do I think Mayim Bialik was out of line for advocating the exercise of wisdom and modesty as means of self-protection.

I’m referring to those who, without an ounce of empathy, callously dismiss stories shared under the #MeToo hashtag. The ones whose arguments can be fairly characterized as: “If you were really assaulted, you would have gone to the police. You would drop names and raise hell until you got justice. But you either weren’t victimized or you are complicit in all the other assaults that came after you. Most of these women posting ‘me, too’ are exaggerating for attention or because they want to demonize men. There is no rape epidemic, and women sometimes lie, so most of these women are lying, too.”

Yes, there is a difference between sexual assault and sexual harassment (although both are unacceptable) and sometimes the #MeToo hashtag has blurred that distinction. But that shouldn’t overshadow the larger picture of how many women are still affected by these issues.

And yes, it is difficult to bring the hammer of justice down on perpetrators when victims do not feel comfortable coming forward with names. (And I would urge women if they can to report incidents of sexual assault.) But a cold-hearted presumption of culpability or exaggeration only makes it harder for them to break their silence.

When someone confides in you that they were roofied, assaulted, molested, raped, or harassed, they have rendered themselves the most vulnerable they will likely ever be to you. Do not presume to sit in judgment of a person’s reaction to a horror you can never understand until you have lived it.

I have sat in quiet judgment of so many women who did not respond to victimization in the precise way I imagined “angry, no-holds-barred, take-names-but-not-prisoners” Amy would respond. I have sworn to anyone who would listen that many victims are partially to blame, that my handguns and I could take care of myself, and that I would always be vigilant enough and smart enough and prepared enough.

And then there I was, waking up on a gurney at 4 in the morning. In an emergency room. By myself. Surrounded by strangers, asked the most intimate of questions by people who did not know my name five minutes ago, still hazy from a drug-induced stupor, bruised and hurting and afraid and wanting desperately to disappear into a hole until it all went away … and I promise you, you do not understand.

You don’t understand the sickening internal debate over whether and how and when and to what extent you should tell your parents. You don’t understand the utter humiliation of being unable to recall any interactions you’ve had in the past 12 hours. You don’t know how incredibly small you feel when your first real memory is of a doctor you’ve never seen before accusing you of smoking crystal meth because your ADD medication showed up as amphetamine on a toxicology screen, and you can barely find words to ask where you are, much less to explain you’ve never done drugs.

And the flood of questions. You cannot comprehend the flood of questions. What if the detective thinks I was just drunk? What if I WAS just drunk? What if the urine analysis can’t detect any substances because the four IVs and 13 hours of delay diluted the sample? Will anyone believe me then, if there’s no proof? What if there are pictures or video I don’t remember? Do I even want to see any evidence that could point to a suspect? Would I rather just never know if it protects me from knowing something awful? How I am going to pay these medical bills? Why can’t I move my wrist? Where is my wallet? Has anyone fed my cats? Was I raped? What if I’m pregnant? How I am going to get home?

It’s not your fault. Honestly, I envy your lack of understanding, and hope you never, ever have to understand. But until then, stop demeaning the actions of those who do. The #MeToo hashtag may be a cop out for some, but others—myself included—it is a way to tell other women they are not alone. It is a way to process our own stories and salve our very real pain. It is a way to reclaim the voices we lost.

I’m not asking anyone to refrain from having honest conversations on the subjects of victimization and assault. I’m simply asking you to refrain from categorically judging the stories behind the hashtag as nothing more than slacktivism or attention-seeking hogwash.

We are still struggling to comprehend our own responses and emotions, to come to terms with our own confusion and fear, to fight our own personal demons before we can turn to face the many devils that still exist in this world. If we who have lived it barely understand our own healing process, do not condescend to understand for us.

There is a time and place to address genuine concerns about the left’s war on manhood, the horrible lack of due process for college students accused of sexual misconduct, and the unfortunate but very true fact that sometimes lives are ruined over false allegations.

Whatever that time is, and wherever that place may be, it is not when a person is telling you she was a victim of assault. That will never be the right time or place to raise those concerns. When someone confides in you about an event so life-altering and full of heart-rending pain, you do one thing. Only one thing.