5 Causes of the Protestant Reformation (Besides Indulgences) 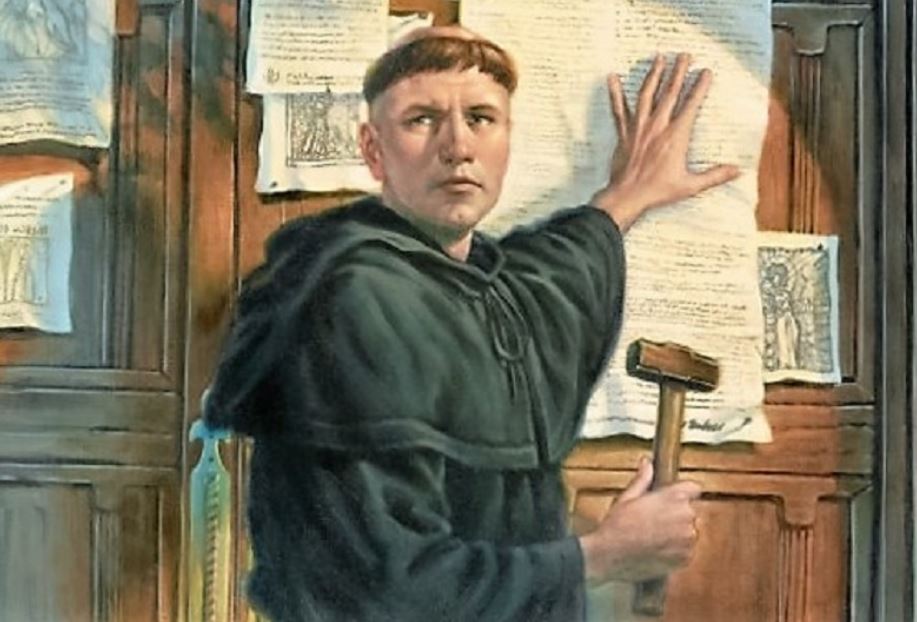 On October 31, 1517, Martin Luther purportedly nailed his 95 Theses to the door of the Wittenberg Castle Church, thus marking the beginning of the Protestant Reformation—a movement that was to permanently divide Western Christendom.

But it’s important to understand that Luther’s act did not come out of nowhere. Rather, it was preceded by at least two centuries of strife and upheaval in Western Europe.

5 historical causes of the Reformation, as presented by English historian Hilaire Belloc, are listed below:

1) The Abandonment of Rome by the Popes

In the Late Middle Ages, the papacy had come to play an increasing role in secular rule in Europe. At the beginning of the 14th century, the pope was locked in a power struggle with King Philip IV of France, which the latter won. In 1305, a Frenchman and personal friend of King Philip was elected Pope Clement V. Clement remained in France and moved the papal court from Rome to the city of Avignon in 1309. It remained there until 1376.

According to Belloc, the newly “French” character of the papacy shocked the sensibilities of European Christians, who were used to regarding the pope as a figure with a universal mission: “The Papacy ought of its nature to be Universal. That is should be National was shocking to the western European of that time.”

Soon after the papacy returned to Rome in 1377, there was a period of schism—known as the “Great Schism”—that produced several rival claimants to the papacy. The seesaw battle between popes and anti-popes gradually weakened the idea of the pope as a central spiritual authority in the minds of Christians.

2) The Rise of Nationalism

The period of the Avignon Papacy came at a time when the ideology of nationalism was on the rise. Writes Belloc, “This change (or rather interlude, for the change was not permanent) fell just at the moment when a national spirit was beginning to develop in the various regions of Europe…”

The Hundred Years War between England and France (1337-1453), which ended with the campaigns of Joan of Arc and her successors, only “enhanced national feeling,” and thus weakened the religious bond that had previously held together Christians throughout Western Europe.

Belloc believes that this incident “had most to do with the deplorable splitting up of Christendom into separate independent nations,” and was perhaps most responsible for laying the groundwork for the Protestant Reformation:

“In the first place, as always happens when men are severely tried, the less fortunate men became violently hostile towards the more fortunate. There were risings and revolutionary movements. Prices were disturbed, there was a snapping of continuity in a host of institutions. The names of the old institutions were kept, but the spirit changed. For instance, the great monasteries of Europe kept their old riches but fell to half their numbers.”

In addition, Belloc writes, “The Black Death had not only shaken the physical and political structure of European society. It had begun to affect the Faith itself. Horror had bred too much despair.”

4) The Decline of Latin

Language and culture are intimately connected. In the 14th century, the various Catholic countries of Europe were still connected by the common tongue of Latin—at least at the academic level and in church books and services. By the middle of the 15th century, the rise of nationalism had also given rise to a growing preference for local speech. In addition, the Renaissance “had brought about a recovery of the classics and especially a recovery of the knowledge of Greek.” The excitement about the new, secular learning, combined with the growing preference for non-Latin languages, further eroded the bond of faith between Western European Christians

5) Corruption in the Church

The spiritual authority of the pope and his hierarchy was also undermined by the growing wealth of the Church. With his land holdings and secular power, “The Pope,” writes Belloc, “was becoming as much an Italian Prince as he was head of the Church.” In addition, “The endowments of the Church were very large, and corruption, both in monastic establishments and among the seculars, was increasing.” The selling of indulgences in 1517—which were being used to fund the rebuilding of St. Peter’s Basilica in Rome—was but one manifestation of the corruption that was afflicting the Roman Catholic Church of the time.

The convergence of these factors created a growing demand for the reform of the Church and the papacy. At the beginning of the 16th century Europe was a powder keg in which a seemingly small incident could ignite an explosion that would forever destroy the unity of Western Christendom—even such a small incident as an obscure German theologian protesting the Church’s sale of indulgences.