3 Charts That Show Why Apprenticeship is Increasingly Popular 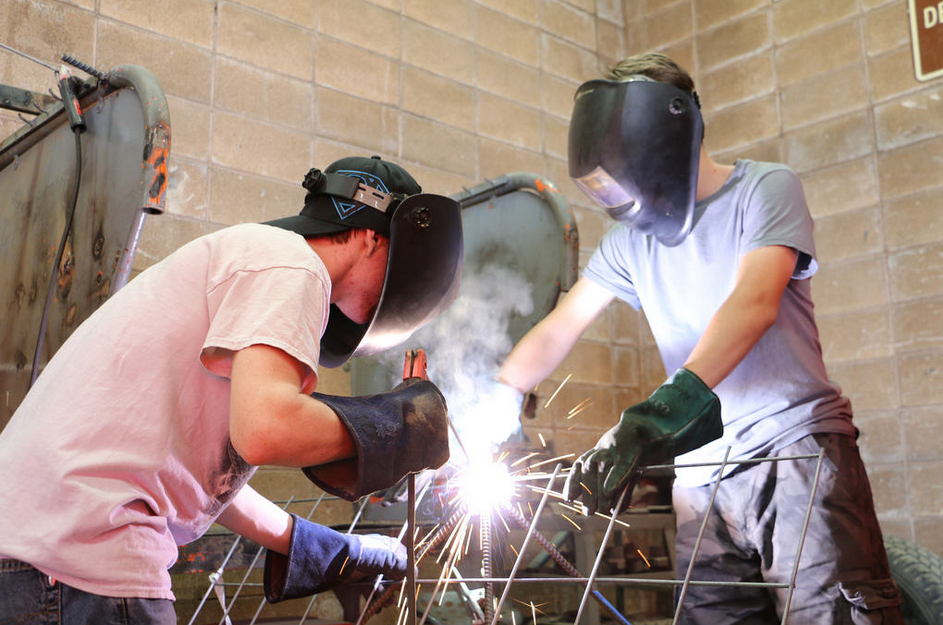 For a number of years, college was the be-all, end-all goal toward which educators, parents, and government officials directed high school students. But as is becoming ever more clear, the wind has begun to blow in a different direction.

Nowhere is this more clear than in a recent article from Education Week, which gushed over the number of states embracing career and technical education in the high school years:

“What we’re seeing is that there’s been a shift from focusing purely on college readiness to thinking also about career readiness,” said Jennifer Thomsen, who analyzes policy for the Education Commission of the States.

“For the longest time, the ‘career’ part just kind of dropped off. But now, states are really getting back to the idea that college and career readiness really does mean both of those things.”

The question is, why the sudden change?

It could be the realization that college costs have risen much faster than the rate of inflation.

It could also be the recognition that university campuses are petri dishes for grievances, and not true learning.

But it could also be that Americans are waking up to the fact that not all good-paying jobs must be accessed through the halls of higher learning. In fact, some vocations which might be learned under the umbrella of career and technical education may actually be more profitable than those which require a college degree.

A recent study released by the Center of the American Experiment is a case in point. The study, entitled “No Four-Year Degree Required,” takes a look at the various career opportunities available in Minnesota through apprenticeship, certification, and two-year degree programs. After accounting for cost and time lost for four-year degree completion, the study finds that those who earn a B.A. may actually earn less over their lifetime than those who pursue a career and technical education oriented path. The charts below are especially revealing, with the first two depicting careers which require a two-year degree, and the third chart depicting careers which call for some type of apprenticeship training:

Admittedly, these charts leave off a number of lucrative careers which, at this point, can only be broken into with years of education and degrees.

But these charts should also give us pause. If these few careers achieve far higher lifetime earnings by foregoing extensive higher education than the average four-year degree holder, then is it possible to branch career, technical, and apprenticeship training into other job titles, such as doctor, lawyer, and so on? In essence, have we made the path to a lucrative, successful, and satisfying career far harder for today’s students than it needs to be?