Why Chesterton Matters More Than Ever 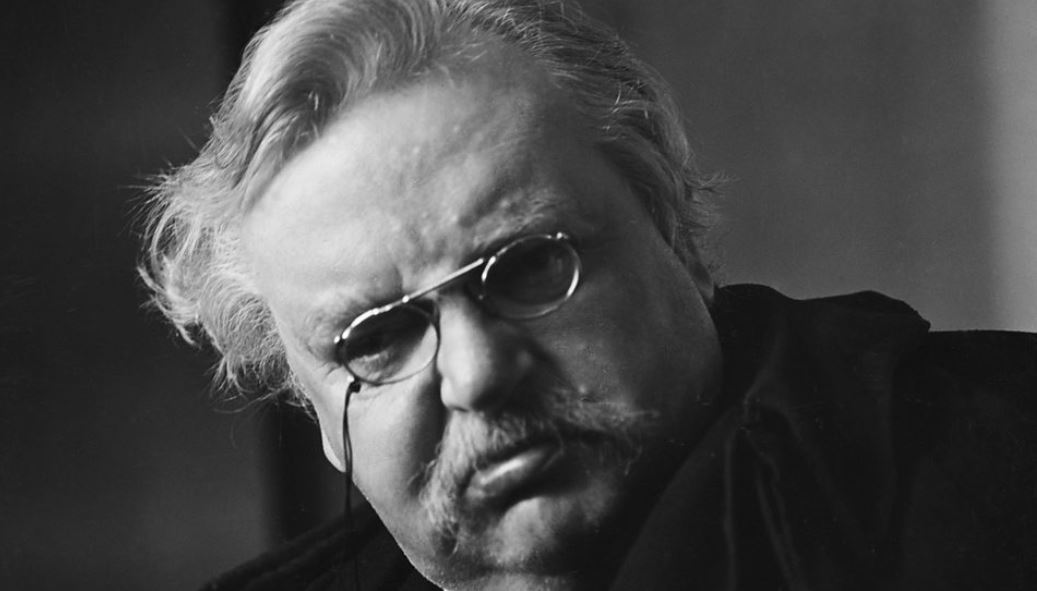 As fall approaches and students head off to college, can hitting the books be far behind?  Maybe the attack is already underway, as incoming freshmen finally turn to that summer reading assigned by colleges at the time of their acceptance.  But for all students there are syllabi to be read, books to be purchased—and perhaps even read.

An essayist and a poet, a novelist and a playwright, a biographer and a short story writer, a Catholic apologist and the author of short stories featuring a Catholic priest as a detective, Chesterton generally described himself as a “journalist.”  But he certainly wasn’t a journalist in the ordinary sense of that term.  He didn’t really ‘cover” events.  Instead, he brought his incredible powers of observation and imagination to pretty much anything that struck his fancy.

Given his multiple interests and the singular talent that he applied to multiple genres, Chesterton doesn’t “belong” to English departments or in the lists of history offerings.  He cannot—and would not care to—be numbered among professional philosophers or theologians.  In sum, he belongs nowhere—and everywhere.

Avidly read once upon a time, Gilbert Keith Chesterton (1874-1936), still deserves to be read today.  And he especially should be read by college students, since much of what he has to say runs counter to almost everything students will encounter in today’s college reading lists and classrooms.

For better than thirty years, this portly Englishman found time, amid his other “journalistic” chores, to write a weekly column for the Illustrated London News.  Beginning in 1905 and continuing until the end of his life, Chesterton gave his readers, then and now, little gems on innumerable subjects.  The same might be said of his books.  Some are little gems all their own; others are filled with the “best of” his essays from a variety of publications spanning the first third of the last century.

As a new school year arrives, keep an eye out for Chestertonian gems and insights right here at Intellectual Takeout, where I’ll be pointing to a piece of Chesterton’s writing that remains well worth reading—and pondering–today.

Let’s begin right now with this teaser.  Neither a capitalist nor a socialist, G.K. Chesterton liked to call himself a distributist.  Property, he thought, was “like muck”; it was only good if it was spread around.  To read what he had to say about capitalism could lead one to think that he might be a Bernie Sanders devotee today.  To read what he had to say about socialism could lead one to conclude that he was channeling William F. Buckley.  In truth, he cannot be categorized as either a Sandersite or a Buckleyite.  Once again, he doesn’t fit.

More than all of that, Chesterton thought that big business and big government were in league with one another.  Hudge and Gudge, he called them.  Hudge, the socialist, hungered for power; Gudge, the capitalist, hungered after money.  Neither had the interests of the common man at heart.  And neither had the interests of the family at heart.  Both promoted and advanced what Chesterton’s friend and compatriot, Hilaire Belloc, called the “servile state.”

Both Chesterton and Belloc regarded this state, in all its forms, as a great danger.  More specifically, they saw it as a danger to the common man and to his family.

To be sure, the servile state does have its attractions.  Bread and circuses abound.  But are its consumers truly free?  Chesterton, the distributist, had his doubts.

Chesterton was also known to deal in paradoxes.  Stay tuned for more than a few of them as well.  Additional Chestertonian insights will follow, if not quite on a weekly basis (akin to those Illustrated London News gems), then certainly on a more than occasional one.