When the West Lost the Battle of Ideas 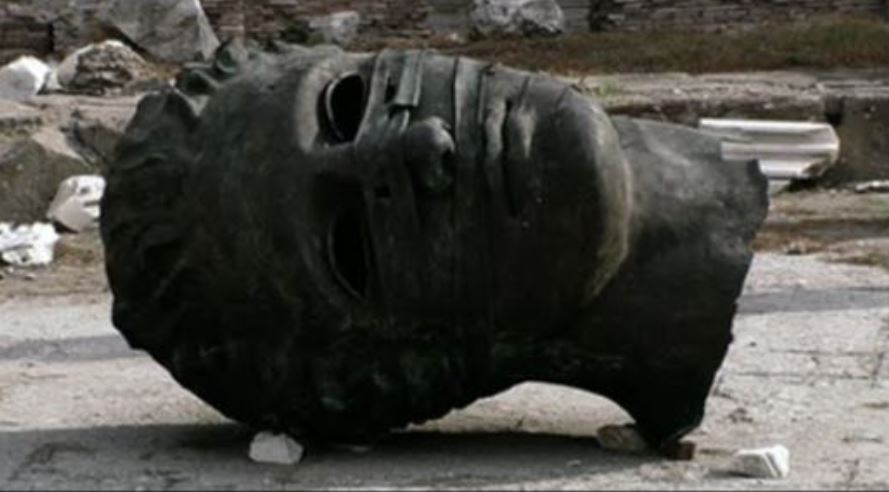 The dismantling of the idea of the West began when medieval philosophers began re-introducing the Sophist notions reduced to ashes by Socrates. This reintroduction came about as a reaction to extreme scholasticism in the Middle Ages. It was a fascinating thought experiment known as nominalism, but it unwittingly wrought massive damage upon the very ways in which Western citizens viewed themselves, disconnecting them not only from other cultures and peoples but also from one another—even within the same communities. Rather than reaching, often in anguish and pain, toward the transcendent and universal, their own priests were telling them to look more toward the muck of this world, perhaps even to wallow in its filth as a simple fact of existence.

Despite the great successes of the Scottish (well, the Celts—Adam Smith, David Hume, and Edmund Burke) and Americans (especially Thomas Jefferson and John Dickinson) in the eighteenth century (and, with less success among the English) and their claims of universalism, the nineteenth century bred the narrowest thought of all—from men such as Georg W.F. Hegel, Charles Darwin, Karl Marx, Herbert Spencer, and Sigmund Freud. As each of these men possessed individual genius, they offered the deepest thought possible on a variety of things: biology, adaptation to the environment, economics, breeding, sexuality, and psychology. Yet, they focused so strongly on individual ideas (the particulars of life) that they displaced their ideas (many of which were true) from the context of many true things. So, while we are certainly economic beings, we are not merely economic beings. We are also emotional, stupid, brilliant, wicked, good, procreative, and a million other things, many of which we barely understand about our individual selves. As the great economist and man of letters, Friedrich Hayek noted, to attempt to understand another and not have reservations and humility about such a study is to engage in a “fatal conceit.”

Or as C.S. Lewis’s tragic character, William Hengist claimed in That Hideous Strength, “I happen to believe that you can’t study men: you can only get to know them, which is quite different.”

During the 1960s, the New Left—more culturally than economically Marxist—began a concerted effort to destroy the foundations of Western Civilization, claiming that the West was little more than a facade for white European males to maintain a powerful hegemony over society. The view, as the New Leftists argued it, was that such claims as natural law, natural rights, and opportunity for all were merely smokescreens, allowing for the elites to maintain control over the oppressed and the voiceless. Rather than standing for the Platonic and Socratic notions of the good, the true, and the beautiful, the West really maintained a power relationship of one group solidifying and perpetuating its control through sexism, racism, and imperialism. Given the progressive dismantling of liberal education six decades prior to the rise of the New Left, the New Left was able to gain control of departments and promote an agenda of destruction, though often with the best of intentions.

They were each, unfortunately, fighting a rear-guard action, defending the ramparts as the flood swept in and subsumed their efforts, no matter how noble.

The West, for most Americans who even think about it, is simply the study of “dead white males” or a shorthand for “lazy white males.” As I write this, students across the United States have shut down universities and occupied buildings to protest the oppression—supposedly—still lingering from the 1960s. Thomas Jefferson, though liberally educated and the author of the Declaration of Independence, has come under fire, in particular, as a hypocrite, the protesting students seeing his enslaving but not his liberating.

And, yet the West has offered so much good in the world. It was not for nothing that Chinese students protested in Tiananmen Square in 1989 holding signs of Thomas Jefferson. The Chinese communists might have seen this as proof of CIA influence, but the rest of us understood that the symbol of Jefferson stood for something much greater than simply Jefferson himself: He stood for the entire Western tradition of natural law and natural rights, applicable to all persons and all times.

The West, as noted above, not only created philosophy (while all significant civilizations have accepted ethics, but, generally, only ethics), but it also introduced the ideas of natural law and natural rights.

The West has also understood that freedom and liberty are not ends, in and of themselves, but means by which we make free decisions toward the good, the true and the beautiful.

The West has also, critically, understood that while natural law and natural rights might be inherent in the very being of man himself, the securing of those rights comes with the cost of great sacrifices.

The West has also understood the necessity of myth, symbol, legend, allegory, and poetry as a means by which to pass the most important lessons from one generation to the next.

And, as the men around Socrates so wisely understood, we use the space offered by free choice to pursue not just the good, the true, and the beautiful, but we pursue these things through the four pagan virtues: prudence—the ability to discern good from evil; fortitude—the ability to persevere against all odds; justice—the giving of each man his due; and temperance—the use of earthly goods as a form of plastic, a means to an end. Later, of course, St. Paul would add the Christian virtues of faith—the ability to see beyond ourselves; hope—the confidence that we matter; and charity—the giving of one’s self for another.