What is ‘Cultural Marxism’? 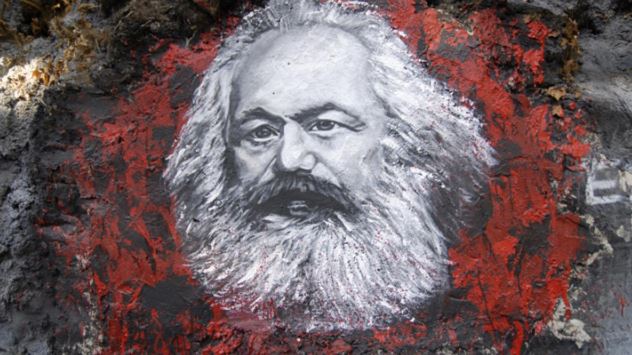 From the Marxist viewpoint, the world is composed of oppressor and oppressed. As Marx himself states in The Communist Manifesto,

“Freeman and slave, patrician and plebian, lord and serf, guild-master and journeyman, in a word, oppressor and oppressed, stood in constant opposition to one another, carried on an uninterrupted, now hidden, now open fight, a fight that each time ended, either in a revolutionary re-constitution of society at large, or in the common ruin of the contending classes.”

For most of the 20th century, most Americans would have thought of Marxism as the battle between the bourgeoisie and the proletariat, the haves and the have-nots, capitalists and laborers.

“The bourgeoisie, wherever it has got the upper hand, has put an end to all feudal, patriarchal, idyllic relations. It has pitilessly torn asunder the motley feudal ties that bound man to his ‘natural superiors,’ and has left remaining no other nexus between man and man than naked self-interest, than callous ‘cash payment.’

But not only has the bourgeoisie forged the weapons that bring death to itself; it has also called into existence the men who are to wield those weapons – the modern working class – the proletarians.”

In many ways, Marx’s arguments were put forth in economic terms, which is likely how many people think of his writings. But they were in fact much deeper.

Marx wasn’t just about changing the economic order, he looked to change the entire society. His adherents, whether in Russia, Cambodia, China, North Korea, or Cuba upended the social order where they seized power – often with disastrous results with millions, or even tens of millions, of dead.

Today, while the Soviet Union has fallen and countries like China and Vietnam are allowing for much, much greater freedom, the spirit of Marxism is still alive in the West, particularly in academia.

You don’t really hear much about the bourgeoisie or the proletariat these days, but you can see the paradigm of oppressors vs. oppressed taught in classes and argued in many cultural and political clashes. Thus, the term “Cultural Marxism” has been born.

Hence we can watch the convulsions taking place amongst academics and other elite when it comes to the social clashes taking place in Europe due to the influx of Muslim migrants. On one hand, to do penance for the wrongs of Western civilization the Europeans must help the oppressed Muslim men, but then those men bring their own oppressive views of women and gays with them. Since the white, Christian hetero-patriarchy has already been toppled from power, those who would align with a cultural Marxist worldview are confronted with the challenge of themselves having to oppress the oppressed to defend another oppressed.

While those who might be labeled cultural Marxist rightly point out certain injustices in society, we must ask ourselves if such a binary worldview of oppressors and oppressed is what we believe and want, and if it actually offers the right solutions. Do you want to be judged for the group you’re identified with or for your individual actions? That ultimately is the question that confronts us.