The 10 Most Economically Free Nations in the World 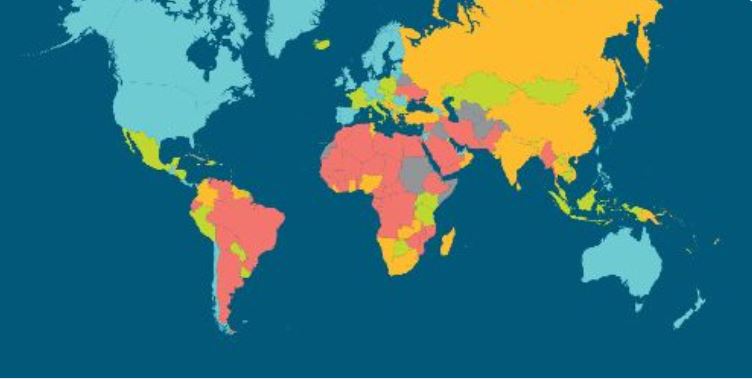 The Fraser Institute released its annual “Economic Freedom of the World” report this morning. The free market think tank rates every nation based on its “degree of freedom in five broad areas”:

This year, researchers also adjusted the ratings based on gender disparity: formal laws denying women economic rights on the basis of their sex. This year’s results drew on data from 2015.

Overall, global freedom plunged after holding steady for much of the previous decade.

The United States and Canada tied for eleventh place. Although the U.S. improved modestly from 16th place in last year’s report, it ranked second in 2000. Canada tied for fifth place last year.

The 10 most economically free nations were:

The 10 least economically free nations include:

The Fraser Institute does not rank some nations, including North Korea and Cuba, due to a lack of data.

According to the report, the most economically stifling nation in Europe is Ukraine, at 149, just one notch above Iran.

In addition to the report, the institute’s website features an interactive map, displaying each nation’s ranking and overall score.

The steepest decrease in freedom between 2000 and 2015 came in Venezuela, Argentina, Bolivia, Iceland, and Greece. The largest gains came in Romania, Bulgaria, Rwanda, Albania, and Cyprus.

Aside from the wealth generated by free markets, economic freedom is intimately linked with religious and political liberty. In Freedom House’s ranking of political freedom – including freedom of the press – all 10 of the freest economies are rated “free” or “partly free” politically. Only two of the bottom 10 are (Argentina and Myanmar).

Religious liberty, as ranked by the Pew Research Center in 2015, yielded similar results. Only one of the freest economies, Singapore, imposed a “high” or “very high” level of government restrictions on religious liberty. Half of the most restrictive economies did.

As Friedrich Hayek wrote, “Totalitarianism is nothing but consistent collectivism.” Concentrating economic power in the hands of the state often precedes the eradication of religious freedom.

You can read the full report here.