Solitary Confinement is Quite Common In Public Schools 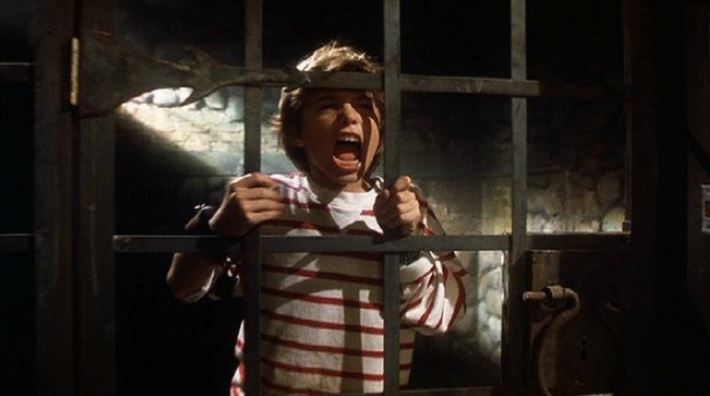 If parents were to lock their children in a confined space for a lengthy period of time, it is highly likely that those parents would be arrested for child abuse and their parental rights threatened. (In fact, this just happened in Arizona recently.) If public schools do this, however, the outcome is quite different.

The use of physical restraints, locked “seclusion rooms,” and solitary confinement for children is rampant throughout the nation’s public schools. In a comprehensive 2014 analysis by NPR and ProPublica, analysts found that “restraint and seclusion were used at least 267,000 times nationwide” in the 2011-2012 school year. Schools put children in seclusion rooms approximately 104,000 times in that one year. ProPublica reports that the restraint and seclusion practices included “pinning uncooperative children facedown on the floor, locking them in dark closets and tying them up with straps, handcuffs, bungee cords or even duct tape.”

Many school officials contend that using restraints and locked seclusion for children are sometimes necessary when children are out of control in the school building and need to calm down. But a 2014 U.S. Senate report on these practices argues that these extreme tactics are unnecessary and damaging to children.

The report asserts: “There is no evidence that physically restraining or putting children in unsupervised seclusion in the K-12 school system provides any educational or therapeutic benefit to a child. In fact, use of either seclusion or restraints in non-emergency situations poses significant physical and psychological danger to students.”

Particularly troubling is that the NPR/Pro Publica analysis of school seclusion and restraint practices found that the vast majority of the cases (75%) involved children with disabilities. In a separate analysis earlier this year, the Education Week Research Center found that 70,000 special education students were restrained or secluded in the 2013-2014 school year.

Beyond the obvious emotional trauma to a child of being physically restrained or locked in a secluded room, these restraint and seclusion practices sometimes result in serious injury. A 2012 ABC News investigation found that “thousands of autistic and disabled schoolchildren have been injured and dozens have died” from the use of seclusion and restraint protocols in the nation’s public schools.

Writing earlier this week in The Huffington Post, educator Laurie Levy shared a story of a small, first grade special education girl in her school district who was placed in locked seclusion, “crying hysterically for 45 minutes in what was euphemistically called the ‘Calm Down Room.’”

Levy goes on to write: “The closet had a panel window that permitted an adult to look in, but the window was blocked by taped-up paper from the floor to four feet from the ground and also at the top, so the child could not look out. This also made the closet rather dark. The child was repeatedly slapping the window with her hands but was not tall enough to see anything.”

Actions that are considered criminal when parents do them are somehow tolerated in the nation’s public schools. Locking children in dark closets or physically restraining them with ropes and ties can cause serious emotional trauma and bodily harm. Parents shouldn’t do it, and neither should the state.