In Defense Of Virtue Signaling 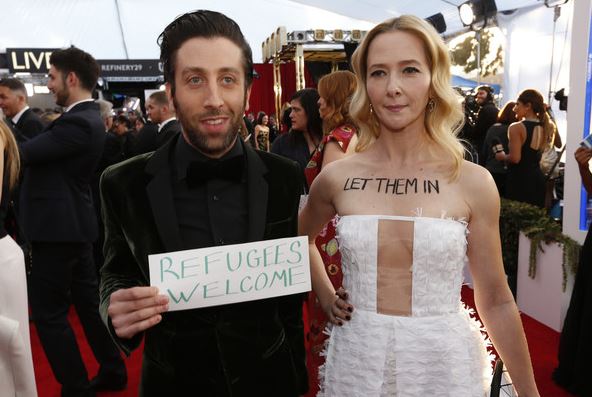 Accusations of “virtue signaling” have become ubiquitous in online debate. It’s practically a Law of the Internet that, as soon as a controversial opinion is expressed, a commenter will appear to magnanimously and courageously set the record straight by explaining that, actually, it should be ignored because the author is just trying to look good for his or her in-group.

Yet despite the horror with which internet lurkers recoil at the slightest hint of it, the practice of virtue signaling is not a bad thing, and can, in fact, be perfectly reasonable. If anything, the growing paranoia about it is the more suspicious trend: like similar terms such as “neoliberal” and “cultural Marxist,” claims of “virtue signaling” tend to say more about the accuser than the accused.

Virtue signaling can be conventionally defined as, “the conspicuous expression of moral values done primarily with the intent of enhancing standing within a social group.” In other words, it’s a kind of moral posturing intended to win friends and influence people; it’s a way to express moral opinions in a way that shouts, “Hey there, all you people I like, look at me! I agree with you, and I disagree with those other people we dislike!”

Anyone can virtue signal, but at the moment, the majority of accusations appear to be made by the right against the left– which is funny. It’s funny that the right, that never shuts up about the decline of virtue in society, would be so hostile to people trying to prove that they have some.

But why is virtue signaling something to be denounced? And how do its faults justify the vilification its practitioners receive? There are a few answers I can think of, though none that are compelling.

The problem could be that virtue signaling is conspicuous. Yet this doesn’t seem right, because, presumably, if you possess deeply-held beliefs that you deem relevant to the world, it’s reasonable for you to want to share them far and wide. This is especially true for libertarians, who claim to have identified vital truths about the most important problems of our time, e.g. war, immigration, and the police state.

Alternatively, maybe the problem is that the intended target is a friendly group rather than intellectual opponents. But again, there’s nothing obviously strange about this. In fact, it’s often necessary to loudly and unambiguously communicate your views to your friends. At a time when we are inundated with “white noise” online, how else can we communicate with other people we agree with? That’s the very reason why signaling even exists: to overcome costly communication problems.

Then again, perhaps the point is that virtue signallers do not actually possess the virtues they trumpet to the world. But if this were the case, then the problem is about hypocrisy, not signaling.

All these possibilities, however, overlook a key point: being a virtue signaller doesn’t mean you’re wrong. You can be the most flagrant virtue signaller in the world, but that doesn’t say anything about whether or not your views are correct (unless you claim to not be a virtue signaller). The same is true of being a hypocrite: refusal to live by one’s stated values doesn’t by itself invalidate those values.

This point finally addresses the root of the problem: even if correct, the accusation of virtue signaling says nothing about the truth of the claims being signaled. It is then telling that the accusation is often used to justify the blanket dismissal of an opponent’s views, the very thing it’s incapable of doing. Yet given how the allegation is made in public debate, you’d think it was a decisive refutation.

Accusing Of Virtue Signaling Is A Marker Of Fear

This leads me to an unpleasant conclusion: complaints about virtue signaling amount to little more than saying, “I don’t like being confronted with ideas I disagree with.” The real problem is the virtue signaller’s argument, not, as the term implies, the form in which it’s expressed. “Virtue signaling” offers a compact and intellectual-sounding escape that can be used to dismiss different views out of hand, especially when a counter-argument isn’t available, or would take too much effort to produce.

This criticism may seem exaggerated. By way of evidence then, I suggest an informal survey of social media complaints about virtue signaling. If people are honest and consistent, shouldn’t we expect that accusations of virtue signaling would be made in roughly equal proportion among intellectual friends and enemies? –Assuming that people across the ideological spectrum are equally prone to this sort of behavior. Or, if not, then at the very least shouldn’t we expect to see a noticeable amount of commentary along the lines of, “I completely agree with your position, but I also think you’re virtue signaling, which I dislike because it detracts from your core message”?

I suspect any such survey would show that complaints of virtue signaling are made disproportionately by ideological opponents. Perhaps I’m being cynical, but claims of virtue signaling strike me as grasping at straws. At the very least, they appear dangerously prone to being used as intellectual cover for a lack of criticism and for efforts to shut down discussion by focusing on character instead of content. Currently, when abuse of the term ad hominem (or: “ad homonem,” “and homanem,” “ad homonym”) is at an all-time high, it’s natural that we might overlook the connection between claims of virtue signaling and unjustified personal attacks.

Ludwig von Mises nicely captures the spirit of scholarly debate when he writes that,

“No scientist is entitled to assume beforehand that a disapprobation of his theories must be unfounded because his critics are imbued by passion and party bias. He is bound to reply to every censure without any regard to its underlying motives or its background.”

Whatever else they might be, claims of virtue signaling are not counter-arguments or grounds for dismissing conflicting opinions. So does the concept serve any purpose at all? Yes, it can. For example, by taking note of how others express their opinions we might be able to think more clearly about our own motivations, arguments, and methods of persuasion; in other words, if the concept of virtue signaling is genuinely used as a tool of self-improvement, it can be beneficial.

More generally, it is helpful to ask other questions, such as: what would including this accusation add to my argument? And how would it help to address the substance of my opponent’s views? If there aren’t clear, positive answers to these questions, then I suggest we are better off consigning ourselves to silence.

Living up to this standard is challenging, of course, but the work of liberty is never easy.

Matthew McCaffrey is assistant professor of enterprise at the University of Manchester and editor of Libertarian Papers.