Has U.S. Intelligence Been ‘Politically Weaponized’? 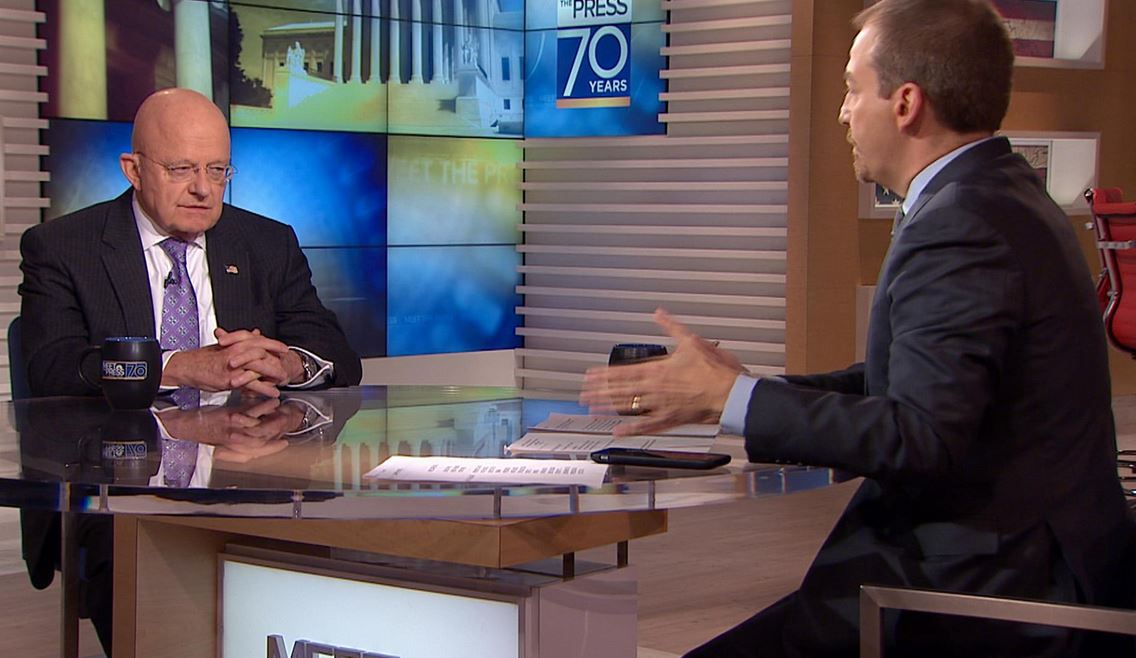 It sounds like an absurd question. It’s the type of speculation respectable journalists (and editors) normally would not raise at a cocktail party, let alone attach their byline to in an op-ed.

But Attkisson, whose own computer in 2013 was “hacked by ‘an unauthorized, external, unknown party,” quickly establishes that these are not normal times.

Writing in The Hill, Attkisson notes that at least six Trump associates have been surveilled by U.S. intelligence agencies. But the political surveillance predates Donald Trump, she points out:

In 2014, the CIA got caught spying on Senate Intelligence Committee staffers, though CIA Director John Brennan had explicitly denied that.

There were also wiretaps on then-Congressman Dennis Kucinich (D-Ohio) in 2011 under Obama. The same happened under President George W. Bush to former Congresswoman Jane Harman (D-Calif.).”

Still, it’s not just politicians who’ve been bugged on suspicious grounds. The government has been caught spying on journalists at the Associated Press, Fox News, and—if Attkisson is correct about the source of her own computer hack—CBS.

We don’t know who in the government ordered the surveillance of these journalists, but Attkisson points to a 2010 email from the intelligence firm Stratfor that states the spying was ordered by none other than Brennan, who at the time was Director of Homeland Security. The email, exposed by Wikileaks, contains the following claim:

[John] Brennan [then an Obama Homeland Security adviser] is behind the witch hunts of investigative journalists learning information from inside the beltway sources.

Note — There is specific tasker from the WH to go after anyone printing materials negative to the Obama agenda (oh my.) Even the FBI is shocked. The Wonder Boys must be in meltdown mode…

All of this is troubling. But what is perhaps most troubling is the apparent inability of U.S. intelligence agencies to get their stories straight on surveillance matters.

In a March 4 tweet, President Donald Trump claimed he had been wiretapped in Trump Tower prior to his election victory, setting off a firestorm of mockery and accussuations.

Terrible! Just found out that Obama had my “wires tapped” in Trump Tower just before the victory. Nothing found. This is McCarthyism!

Watch this exchange Clapper had with NBC political analyst Chuck Todd on Meet the Press one day after Trump’s tweet:

We now know that what Clapper told Chuck Todd on March 5 was not true.

This, of course, does not mean that the wiretap was illegal or even inappropriate. But that was not what Clapper was asked.

Chuck Todd: If the FBI, for instance, had a FISA court order of some sort for surveillance, would that be info you would know or not?

Todd: You would be told this—?

Clapper: I would know that.

Todd: … if there was a FISA court order…

If this isn’t clear enough, Todd then follows up with a question that makes Clapper’s denial of an authorized wiretap absolute.

Todd: And at this point you can’t confirm or deny whether that exists?

Clapper: I can deny it.

Todd: There is no FISA court order.

Clapper: Not to my knowledge.

Fmr. DNI Clapper: “There was no such wiretap activity mounted against the president, president-elect, candidate or campaign.” pic.twitter.com/yRIg2ygP59

Reporters who had accused Trump of lying are now trying to say there is no evidence that Trump’s predecessor personally ordered the surveillance, as Trump had implied in his March 4 tweet. But does anyone believe that U.S. presidents in the 21st century personally order wiretaps? (For the record, they don’t and legally cannot.)

Whatever the case, such dissembling distracts from the key point: The director of the Department of National Intelligence gave an absolute denial of a court-authorized wiretap of the Trump Campaign on national television, and that denial turned out to be false.

Have U.S. intelligence agencies been “weaponized,” as Attkisson claims? I certainly hope not. But the clear denial from Clapper—who once “lied” to Congress during an intelligence hearing, according to the New York Times—is deeply concerning.

Either Clapper was lying once again—which I doubt—or intel directors have less control over and knowledge of America’s vast intelligence apparatus than we are led to believe.

I sincerely hope it’s the former. The idea of James Clapper fudging is easier to accept than the idea of spooks running rogue intel operations absent meaningful oversight.