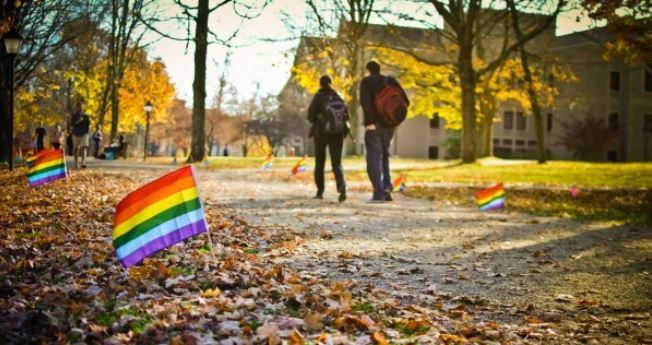 “Classrooms have become propaganda vehicles where captive audiences of students are told not how to think but what to think, particularly about sensitive issues like the Middle East, the Arab-Israeli conflict, gay rights, Black Lives Matter,” Dershowitz said. “And they are graded on what they think, rather than how they think.”

One might be tempted to view the comments as noise from Fox News, whose programming is often anti-intellectual and partisan. But Dershowitz is not easily dismissed. He has been a professor at Harvard for more than 50 years, is a self-described progressive, and a lifelong Democrat.

The notion that colleges have become “propaganda vehicles” sounds a bit far-fetched, but the scholar Charles Murray made a similar point earlier this year, as did Oxford University philosopher Roger Scruton. Murray said social justice is crowding out education and scholarship on many college campuses, but he said this is happening “primarily in the social sciences and the humanities.” The distinction is important, even if there is some evidence that propaganda is beginning to creep into math and the hard sciences.

It’s worth pointing out that Dershowitz is scheduled to give a lecture on free speech at Columbia University on Wednesday night, a talk that is expected to draw protests. The fact that universities are hostile to distinguished scholars as ideologically disparate as Dershowitz and Murray (who was shouted down and physically attacked at Middlebury College earlier this year) would seem to offer at least some support to their thesis.

But if universities have truly become “propaganda vehicles,” why is there so little outcry?

One answer might be found in a conversation I recently had with the president of a non-profit that focuses on education. He said one of his donors, a Harvard alumnus, insisted on giving large sums of money annually to his alma mater even though he said he was deeply discouraged by what Harvard and the university system in general had become. Asked why he’d continue to give money to an institution whose values he disagreed with, the alumnus said he did so because one day he might have a child, and establishing “a pattern of giving” would be essential to his offspring getting into Harvard.

The most striking part of the story is that the alumnus, who is in his 50s, doesn’t even have a child. In fact, he is not even married, has no girlfriend, and no prospects—yet he is still giving vast sums of money just in case.

Americans might say they disagree with the values and discourse of modern universities, but they clearly are infatuated with the prestige and access elite institutions offer.