Being Offended is Part of Living in a Democracy, Comedian Says 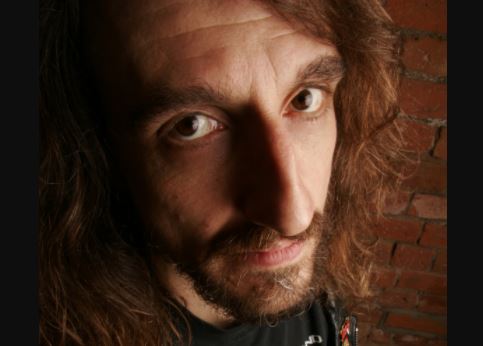 The phrases “I’m offended” and “that’s offensive” are ones we hear fairly often today. Why?

I’m not sure to be perfectly honest, and I’m probably ill-suited to answer the question, since there are very few things that offend me. One theory, posited by scholar Christina Hoff Sommers, suggests that in our culture today victimhood “confers authority and prestige.” Hence, people seek it out as a way to project moral authority and deprive others of moral authority.

Whatever the case, comedians in particular have found it difficult to navigate the waters of a culture in which many people are easily triggered. A 2015 article in The Atlantic described how comics were censoring their own jokes before standup routines on college campuses. The article was probably prompted by Jerry Seinfeld, arguably the most famous comedian in the world, who had explained months before why he wouldn’t perform on “PC” college campuses.

Seinfeld is not the only comedian uncomfortable with the trend of easily offended people. (Perhaps it’s because comedians thrive on producing edgy material.) British funnyman Stephen Fry explained his distaste for the phrase a few years ago.

“It’s now very common to hear people say, ‘I’m rather offended by that,’ as if that gives them certain rights. It’s just a whine,” Fry said. “It has no meaning it has no purpose it has no reason to be respected as a phrase.”  (Fry then concluded his soliloquy with colorful profanity.)

A lengthier critique of political correctness can be found in the act of Australian comedian Steve Hughes.

Hughes, a former heavy metal drummer who looks a bit like Frank Zappa, says being perpetually offended is, well, anti-intellectual and rather childish:

Political correctness is the oppression of our intellectual movement so no one says anything anymore just in case anyone else get’s offended. What happens if you say that and someone gets offended? Well they can be offended, can’t they? What’s wrong with being offended? When did sticks and stones may break my bones stop being relevant? Isn’t that what you teach children? He called me an idiot! Don’t worry about it, he’s a dick.

Nothing Happens. “I want to live in a democracy but I never want to be offended again.” Well you’re an idiot.

How do you make a law about offending people? How do you make it an offense to offend people? Being offended is subjective. It has everything to do with you as an individual or a collective, or a group or a society or a community. Your moral conditioning, your religious beliefs. What offends me may not offend you. And you want to make laws about this? I’m offended when I see boy bands for god’s sake.

The ad hominem aside, Hughes gets to the heart of some important ideas here. Namely, when did it become accepted thinking that people have a right to not be offended by the words, people, or ideas around them?

As our culture grows more diverse and our means of communication improve, one might think it would be incumbent on people to become more tolerant of different ideas, people and opinions–at least if the people in that society wished it to remain cohesive and civil. But it seems that the opposite is happening.

Winston Churchill once warned about the inherent dangers of suppressing speech by “outrage”:

…”we must beware of a tyranny of opinion which tries to make only one side of a question the one which may be heard. Everyone is in favour of free speech. Hardly a day passes without its being extolled, but some people’s idea of it is that they are free to say what they like, but if anyone says anything back, that is an outrage.”

Is the expectation to not “be offended” practical in nations that have literally hundreds of millions of people with diverse life experiences, ethnic and racial backgrounds, educations, and worldviews? If people are offended, is there a healthier and more constructive way than shame to address the conflict?