As Evidence of Election Fraud Emerges, the Media Wants to Keep You in the Dark 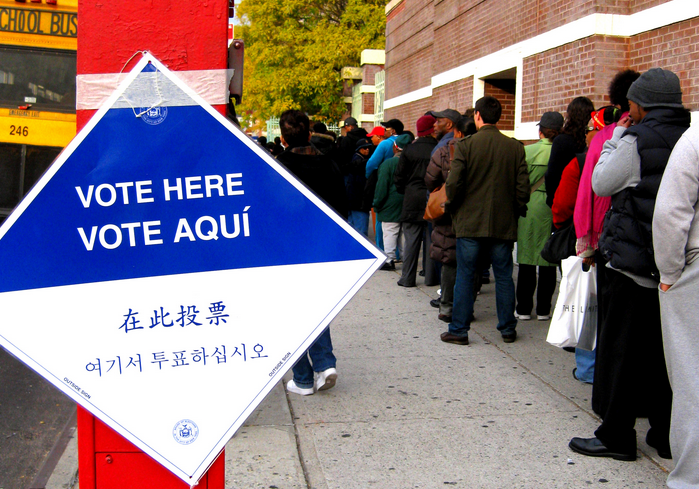 If you have no idea what happened at the second meeting of President Donald Trump’s Advisory Commission on Election Integrity in New Hampshire on Sept. 12, I’m not surprised.

Though a horde of reporters attended the meeting, almost all of the media stories that emerged from it simply repeated the progressive left’s mantra that the Commission is a “sham.”

Almost no one covered the substantive and very concerning testimony of 10 expert witnesses on the problems that exist in our voter registration and election system.

The existing and potential problems they exposed would give any American with any common sense and any concern for our democratic process cause for alarm.

Lott also testified that his statistical analyses show that contrary to the narrative myth pushed by some, voter ID does not depress voter turnout. In fact, there is some evidence that it may increase turnout because it increases public confidence in elections.

In a second panel, Donald Palmer, the former chief election official in two states—Florida and Virginia—testified about the problems that exist in state voter registration systems.

He made a series of recommendations to improve the accuracy of voter rolls, including working toward “interoperability” of state voter lists so that that states “can identify and remove duplicate registration of citizens who are registered to vote in more than one state.”

Robert Popper, a former Justice Department lawyer now with Judicial Watch, testified about the failure of the Justice Department to enforce the provisions of the National Voter Registration Act that require states to maintain the accuracy of their voter lists.

He said there has been a “pervasive failure by state and county officials” to comply with the Act, and complained about the under-enforcement of state laws against voter fraud.

Ken Block of Simpatico Software Systems gave a stunning report on the comparison that his company did of voter registration and voter history data from 21 states. He discussed how difficult and expensive it was to get voter data from many states—data that is supposed to be freely available to the public.

According to Block, “the variability in access, quality, cost, and data provided impedes the ability to examine voter activity between states.”

Yet using an extremely conservative matching formula that included name, birthdate, and Social Security number, Block found approximately 8,500 voters who voted in two different states in the November 2016 election, including 200 couples who voted illegally together. He estimated that “there would be 40,000 duplicate votes if data from every state were available.”

Of those duplicate voters, 2,200 cast a ballot in Florida—four times George W. Bush’s margin of victory in 2000. His analysis “indicates a high likelihood [of] voter fraud” and that there is “likely much more to be found.”

As a member of the Commission, I testified about The Heritage Foundation’s election fraud database. That non-comprehensive database has 1,071 examples of proven incidents of fraud ranging from one illegal vote to hundreds. It includes 938 criminal convictions, 43 civil penalties, and miscellaneous other cases.

Heritage is about to add another 19 cases to the database. This is likely just the tip of the iceberg, since many cases are never prosecuted and there is no central source for information on election fraud.

The Commission also heard about a report published by Shawn Jasper, the Republican speaker of the New Hampshire House of Representatives. That report stated that over 6,500 individuals in 2016 used an out-of-state driver’s license to take advantage of New Hampshire’s same-day registration law to register and vote on Election Day.

Despite a law that requires an individual with an out-of-state license to obtain a New Hampshire license within 60 days of establishing residency in the state, only 15.5 percent have done so.

Many have tried to explain this away be saying those voters must all have been college students living in New Hampshire. Perhaps that is true.

But it may also be true that voters from Massachusetts and other surrounding states decided to take advantage of New Hampshire’s law to cross the border and vote in a presidential and Senate races, which were decided by only 3,000 and 1,000 voters, respectively.

Of course, we won’t know the truth of what happened unless we do what should be done, and what the Commission’s critics don’t want to be done: investigate these cases.

Finally, the Commission heard from three computer experts—Dr. Andrew Appel of Princeton University, Dr. Ronald Rivest of MIT, and Harri Hursti of Nordic Innovation Labs. Their testimony about the ability of hackers to get into electronic voting equipment and just about every other device that uses the internet (and even those that don’t), was chilling.

As Appel stated, our challenge is to ensure that when voters go to the polls, they can “trust that their votes will be recorded accurately, counted accurately, and aggregated accurately.” He made a series of “technological and organization” recommendations for achieving that objective.

All in all, the Sept. 12 meeting, which was hosted by Bill Gardner, New Hampshire’s long-time Democratic secretary of state, was both informative and comprehensive. But anyone who didn’t attend would never know that based on the skimpy and biased coverage it received in the media.

The hearing is evidence of the good work the Commission is already doing in bringing to light the problems we face in ensuring the integrity of our election process.