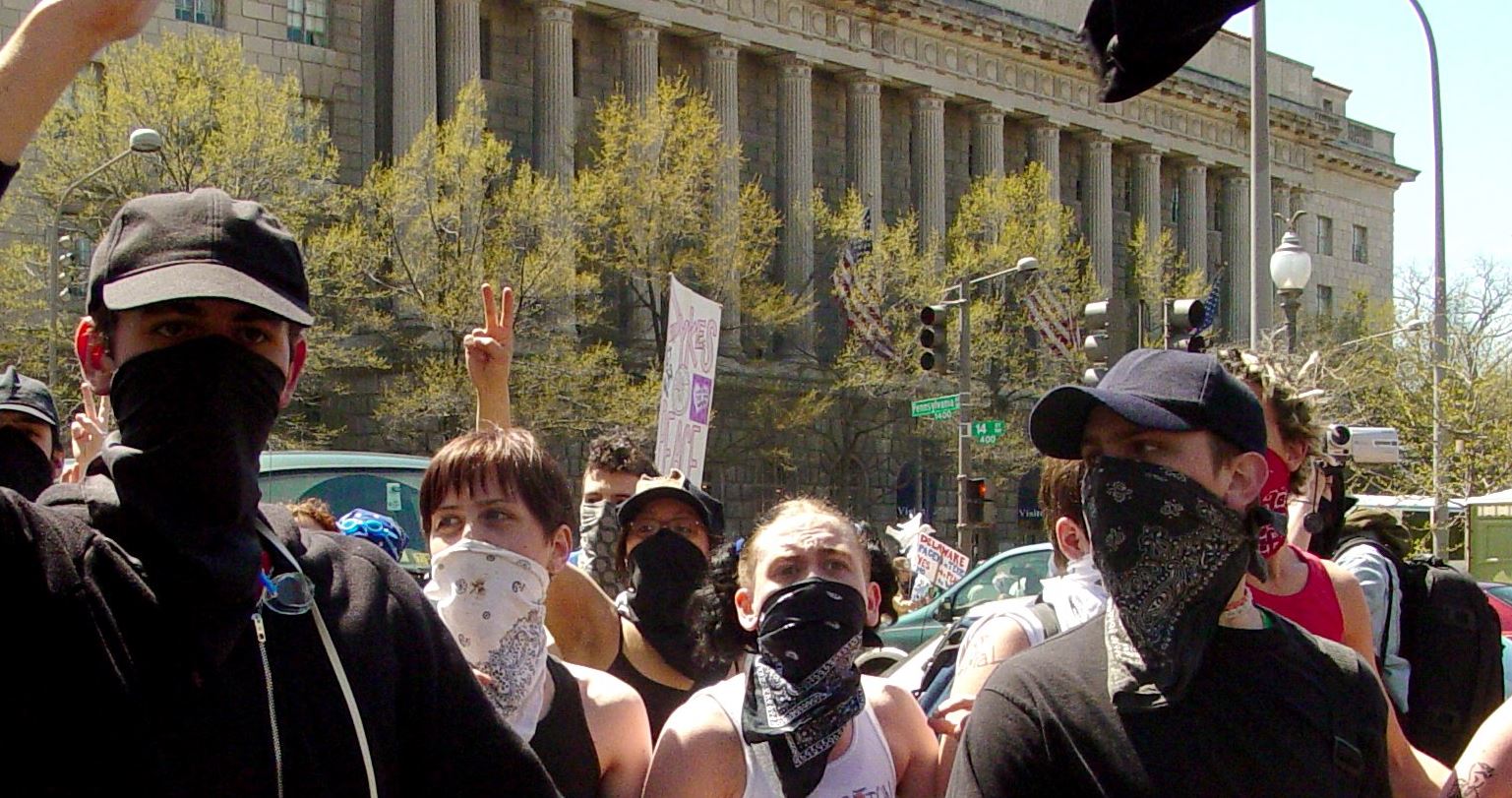 Throughout 2017 a group known as Antifa has engaged in riots and violent protests at events across the country. Here is what you should know about the black-clad activists:

1. Antifa is a radical and often violent protest movement organized around “anti-fascism.” Unlike some political movements that define themselves by what they support, Antifa activists define themselves and their cause almost exclusively by what they oppose: individuals or groups who they define as “fascist.” Fascism is a difficult ideology to define because it has historically contained elements from both extreme ends of the left-right political spectrum. For the purposes of “anti-fascism” the best definition of “fascism” is “a set of ideologies and practices that seeks to place the nation, defined in exclusive biological, cultural, and/or historical terms, above all other sources of loyalty, and to create a mobilized national community.” This definition of fascism helps to explain why Antifa—as professed “anti-fascists”—have been particularly focused on clashing with white nationalist groups, such as the alt-right, the KKK, and neo-Nazis.

2. The term antifa is commonly considered an abbreviation of “anti-fascist” or “anti-fascist action.” But the term originally was an abbreviation for Antifaschistiske Aktion, a German communist movement from the 1930s. The movement is modeled on militant leftists who, as Peter Beinart explains, brawled with fascists in Germany, Italy, and Spain in the 1920s and 1930s. The groups—and the name—were revived in the 1970s, 1980s, and 1990s, when anti-racists within the punk rock subculture in Britain and Germany mobilized to defeat neo-Nazi skinheads infiltrating the music scene. “Via punk, groups calling themselves anti-racist action—and later, anti-fascist action or antifa—sprung up in the United States,” says Beinart.

3. Almost all of those who align with Antifa are from the extreme political left, usually identifying as communists, socialists, or anarchists. But when they engage as Antifa activists they aren’t attempting to directly advance a positive political agenda. Instead, they are trying to shut down groups they consider fascists. If there is a unifying theme in their efforts, it is that the mere existence of “fascists” poses a threat of violence, especially toward minority groups. They believe this gives them a right to preemptive self-defense that justifies using violence to prevent “fascist” groups or persons from exercising such rights as free speech or public assembly.

4. Antifa is decentralized and has no official or formal organization. The internet and social media have made it possible for activists who align with Antifa’s agenda to share information about locations of protest and to coordinate attacks on individuals or groups without the need for leaders, spokespersons, or outside financing. As Dartmouth historian Mark Bray explains, anti-fascism is less a political group and more of an organizing strategy, “a model of resistance” undergirded by an understanding of fascism’s history: “anti-fascists have concluded that since the future is unwritten, and fascism often emerges out of small, marginal groups, every fascist or white-supremacist group should be treated as if they could be Mussolini’s one hundred Fasci [the paramilitary wing of Benito Mussolini’s fascist organization].”

5. Because they are decentralized, Antifa relies on so-called “black bloc” methods and tactics as a coordination tool. Black blocs, Francis Dupuis-Déri says, are “ad hoc assemblages of individuals or affinity groups that last for the duration of a march or rally in which members retain their anonymity via head-to-toe black clothing.” As Devon Douglas-Bowers explains, “the black bloc isn’t a group, but rather a tactic to allow for radicals to engage in direct action without fear of arrest; while many black blockers are anarchist, not all of them are.” He adds:

Black bloc groups attempt to function in a horizontal manner, with each person having equal say in deliberating issues and where the goal is consensus rather than voting. In order to do this, black blockers form affinity groups, which are groups generally composed of between a half-dozen and several dozen individuals whose affinity results from ties that bind them, such as belonging to the same school, workplace, or political organization. By having previous ties to one another, members in affinity groups are able to coordinate much easier.

When Antifa protestors show up at a rally, they are not doing so as a single group under structured leadership, nor are they typically there as a lone individuals. Instead, they are part of multiple autonomous “affinity groups.” Often these are small groups of young men who are friends and acquaintances and that have their own internal, intragroup dominance and hierarchy dynamics. The result is that if an influential person within an affinity group begins to engage in vandalism or violence, his associates will likely join him. This can have a cascading effect, inspiring other affinity groups to participate in violent protest. This loose structure makes it possible for some members and affinity groups to plan, prepare, and engage in more extreme actions under the guise of acting as Antifa. For instance, a handful of domestic terrorists may be able to gain more attention for their violence if they are seen as part of a larger movement rather than as a small, independent terrorist cell. (The Department of Homeland Security formally classified Antifa’s activities as “domestic terrorist violence,” according to interviews and confidential law enforcement documents obtained by Politico.)

This article was republished with permission from Acton Institute.