Why the Purge of Historic Monuments Is a Bad Idea 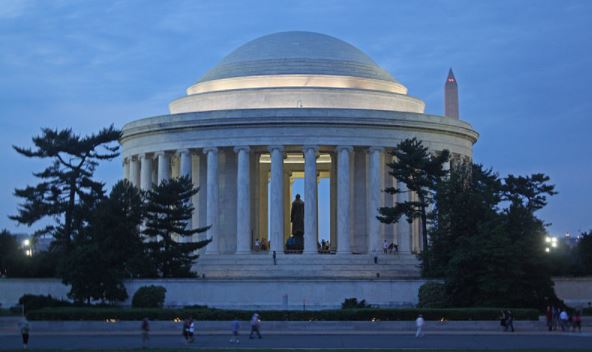 On the streets of New Orleans sits a statue of Franklin Roosevelt. As one of the most prominent Presidents of the United States, his posture is proud and sure, matching how he is commonly portrayed in historical narratives. His eyes contain quintessential confidence and optimism.

Outside of his repute as “FDR” or “Houdini in the White House,” most Americans recognize Roosevelt as the man who ushered in the New Deal, the inception of the American welfare state. Many believe he successfully guided the country through its most severe economic downturn and led it with honor through a bloody world war.

Unlike some of its counterparts, the fate of this statue is not at the mercy of hysterical mobs or reactionary government. Instead, it sits free of vandalism and public scorn. Its condition is pristine, as is Roosevelt’s standing. Tellingly, his likeness adorns American coinage.

All of this is despite the fact that Roosevelt, through Executive Order 9066, infamously ordered all Americans of Japanese ancestry into internment camps, a pernicious deed that often goes overlooked. Displacing over 110,000 people without regard to due process, the act represents one of the saddest and most tyrannical forms of executive overreach in American history.

The condition of the Roosevelt statue is ironic, considering that the same city, New Orleans, recently removed statues of Robert E. Lee and P.G.T. Beauregard – both widely considered Southern heroes. As American historian and author Brion McClanahan has pointed out, it has only been in recent decades that Lee’s reputation has been brought into disrepute by some factions. Neither of these men endeavored to usurp war power or adversely the affect the lives of so many innocent people.

Another irony is that those interested in protecting controversial historical monuments have often been accused of whitewashing history. In actuality, it has been the petulant mobs who seek to remove the statues that have engaged in actual historical whitewashing. By removing cultural symbols and historical markers, these agitators are making an unmistakable long-term effort to change the culture. Only by doing so will an alternative narrative become solidified in the hearts and minds of all Americans.

Recent developments have proven that the movement to tear down cultural symbols will not end with the Battle Flag of the Army of Northern Virginia. A likeness of the writer of the Declaration of Independence, Thomas Jefferson, has been desecrated at his alma mater. City councils have even voted to dig up the graves of popular Confederate generals.

If these things can happen, what is next? Are George Washington, James Madison, and Patrick Henry next? Must Yale be renamed? What about the national capitol, which was built with the help of slave labor? If society embraces this trajectory, there will be no safe haven for historical symbols.

Despite the widespread contempt toward particular statues and relics of the past, in other parts of the world, many have stood the test of the test of time even though they represent negative and harmful events. For instance, American historian Phil Magness has recently pointed out that the Arch of Titus in Rome illustrates the Roman Empire’s sack of Jerusalem in 70 A.D. Even though this event created dire hardship for Roman Jews, and the arch may be one of the most anti-semitic structures in the world, it has never been destroyed or defiled. Why? It has since been viewed as a Jewish icon of resilience, and many Jews visit the monument to this day.

Iconoclasm has provided no net benefit to humanity. The removal of monuments, religious imagery, and other cultural items has simply made it harder for individuals to learn from the past. Many rightly condemned the Taliban for destroying teems of Buddhist artifacts and temples, despite having little empathy for its theistic doctrines, for this reason.

While I generally remain on side of preserving all monuments – even those depicting figures or ideas I consider unsavory, I believe a consistent standard should be applied.