What Trump Could Learn about Flattery from Reading Plutarch 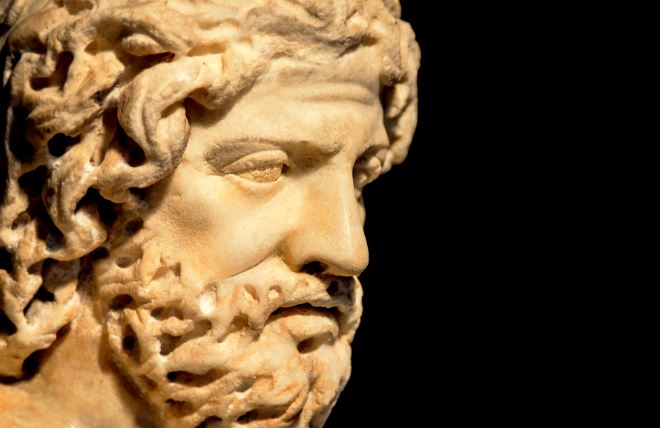 Nero may have fiddled while Rome burned, but it was the flattery of his courtiers that convinced the emperor he could get away with it.

In his essay, “How to Tell a Flatterer from a Friend,” the late Roman historian Plutarch gestures at Nero, speculating that if the emperor had known to silence his flatterers, he could have tempered his own self-love and played the part of the temperate ruler. Insights like this made Plutarch’s essay at one time required reading in any good high school, but in the past few generations, the text has fallen out of favor. It’s a shame; “How to Tell a Flatterer from a Friend” still offers valuable advice to rulers today, not least President Trump.

I’m neither an historian nor a political insider, so I would be playing the fool to compare Trump’s idiosyncrasies to Nero’s enormities. But I recognize that like any powerful ruler, the president shares the risk of flattery’s attendance among his intimates. And if the disgrace surrounding the rise and fall of Anthony Scaramucci is an accurate gauge of the sort of person whom the White House favors (even if it’s only for ten days), then the president has a serious problem of indulging flattery.

Upon reading Plutarch, Trump would find that Scaramucci is an easily identifiable example of the flattery the president has allowed to run rampant in the West Wing. Scaramucci (like Chris Christie during the campaign) gained Trump’s favor with a studied imitation of Trump’s rhetorical style. More often, however, flattering obsequiousness comes from people who ought to command public respect. In a televised cabinet meeting this June, nearly all of the president’s senior advisors—a crew including then-Chief of Staff Reince Priebus, Vice President Mike Pence, and Attorney General Jeff Sessions—delivered cloying compliments about Trump’s unmatched leadership abilities while he grinned along in appreciation.

Plutarch recounts many such similar instances in ancient history, and identifies a trend that still runs through all forms of flattery. Those who say they want to profit a ruler, but then only imitate or commend him, in truth only want to gratify his self-perceptions. Since flattery tends to plague most those who are in positions of power, Plutarch advises rulers above others to recognize the need to surround themselves with men who will gently remind them of their imperfections and guide them to managing public affairs with justice and charity. To show how a flatterer positions himself as a friend of rulers, Plutarch details nine different types and explains how to expose and rid oneself of these parasites before they suck one dry with false praise.

Plutarch’s advice for disarming flattery rests on his observation that the most dangerous flatterer is oneself. No one is more devious in bestowing false praise and more willing to accept the flatteries of those surrounding him. As a longtime celebrity and someone who values his self-presentation highly, Trump needs to be more aware of self-flattery than other men in his position. If the president becomes too focused on bolstering his image, he could quickly devolve from an executive susceptible to flattery into a schemer and a Machiavel. Accusations of Machiavellianism have already been leveled against Trump in the case of Scaramucci. And there is a marked similarity to the demise of the both the Mooch and Ramiro d’Orco in The Prince (albeit Scaramucci’s demise was less bloody). In both instances, once they had served their purposes as ruthless purgators, their leaders swiftly dispatched them, leaving everyone watching “at once satisfied and dismayed.”

It’s fitting that Trump would find himself susceptible to flattery and Machiavellianism at the same time. The two are often intertwined. But Plutarch has a solution to prevent rulers from indulging in their worst passions. To avoid becoming a flatterer or a disingenuous ruler oneself, one must act as a good friend—tactfully acknowledging one’s shortcomings and accepting the wisdom in opinions outside of the self’s purview.

“How to Tell a Flatterer from a Friend” is a long essay; I understand the president might not have time to read it. If that’s the case, he could just tune into his local Washington, D.C., rap station, 95.5 WPGC, where, every hour or so, they broadcast Kendrick Lamar, who compresses the soul of Plutarch’s advice into two words: “Be humble.”

This article was republished with permission from Acculturated.com. Read the original article here.