This Debate is About Gender Dysphoria, Not Transgender Military Service 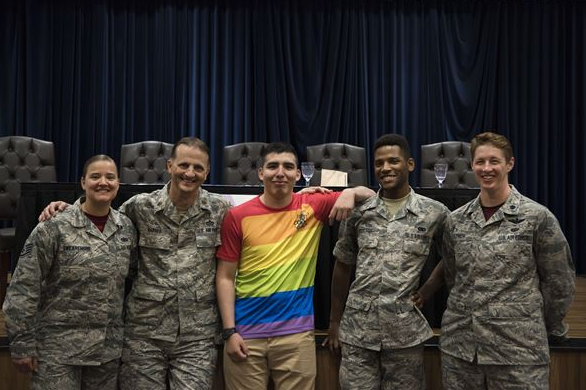 In the days when transgender military service was banned, I spent 18 years of torment fearing that I might not get my retirement check and the subsequent military benefits. Today that pension income is my livelihood while living as a birth member of America’s most hated minority group. These military retirement benefits are also my source of healthcare.

But as a former senior enlisted military leader, I also have a duty to speak the truth about the problems with transgender military service.

The same military leadership manual that taught me to always do what’s right for the Army and for the nation continues to guide me to speak honestly.

When Missouri Representative Vicky Hartzler pointed out that a service member becomes non-deployable for 210 to 238 workdays, that doesn’t make her a bigot.

The harsh truth is she’s simply being a good custodian of the nation’s tax dollars and making sure our military is combat-ready at all times. Being combat-ready means that as many people as possible are deployable on a moment’s notice. Hartzler would be derelict in her duties as a member of the House Armed Services Committee if we’re not.

When a service member becomes non-deployable because of gender transition related surgery, they’re going to not only not be on duty in some cases, but they will also be on light duty for most or all of that time.

[RELATED: I Was Once Transgender. Why I Think Trump Made the Right Decision for the Military.]

They’ll have a medical profile against either performing their duties at all, or one that limits them. Commanders are forced to respect these limitations. But the health and fighting capabilities of a military unit are determined by how many of its members are deployable. It’s that serious. As a former platoon sergeant I know this to be true.

Many service members only serve one four-year enlistment because military life is so tough. Patriotism aside, many of them use the military to get what they want or need — and the military does the same to them. Losing the availability of military personnel for seven of their 48 months of enlistment is neither a bargain for the military services nor for our national defense. To ignore this reality is being disingenuous. Nor do these figures include all the months, even years, spent in combat and job skill training, leadership schools, or deployment training.

Just because someone is transgender doesn’t make them unfit to serve. “Transgender” is a very large umbrella. Some populations under this umbrella have zero medical needs and do not suffer from gender dysphoria.

But if a service member is affected by gender dysphoria, it can seriously affect their duty performance. While they’re obsessing about their gender identity they don’t have their head in the game. Pointing this out doesn’t make anyone a bigot, transphobic, or a bad person.

Untreated gender dysphoria causes anxiety, depression, and suicidal ideation. This is all well documented medically. The best-known treatments for gender dysphoria are hormone replacement therapy (HRT) and a variety of surgeries. But these treatments are not as harmless as the American public has been led to believe.

For example, in January I found myself in a hospital emergency room with swollen legs and feet. I had to be tested for blood clots —  luckily I didn’t have any. The swelling was caused by taking too much estrogen, as prescribed by a doctor at the Veterans Affairs Medical Center in Portland, Oregon. This happened even though I had been walking many miles a day to prevent it.

Transgender military service in harsh overseas environments is simply not possible for all transgender people.

I served. And I didn’t die even though I didn’t get any trans healthcare. I’ve never tried to commit suicide. That’s because I was psychologically tough and overcame gender dysphoria. I believe that if I’m capable of military service without medical treatment, then I should be deemed fit to serve. As a member of the most unemployed minority group in the nation, I desperately need that option.

One of my duty hats in the Army was the job of Equal Opportunity Representative. I had to make sure people weren’t being discriminated against. If they were, then it was my duty to take their complaint, help to investigate its validity, and present those findings to my commanders. I was always watchful for discrimination against female service members and minorities. It was a genuine issue.

The American public has been sold on the ideology that simply switching the hormone operating fuels in the two sexes makes them equal when it comes to sports, fitness, or biology. This is false.

Because of my male biology, throughout my entire military career no female soldier ever finished before me in the two-mile run in our physical fitness tests.

The US military is a meritocracy when it comes to promotion. Formal evaluation reports are used to record and score those merits for enlisted leaders and officers. When a biological male is switched to being a female because of their gender identity and uses their natural biological capabilities to score high on a physical fitness test, that affects the military promotion system.

It creates a fairness complaint that’s worthy of command action. It’s unfair to service members who are biologically female. And if I were still on active duty, I’d file a complaint. As a former Equal Opportunity Representative, I’m not afraid to point this out.

As we move forward in our battle over transgender military service it’s important that we don’t harm women. Because what works and applies in civilian employment settings is often irrelevant to military life. Civilians aren’t forced to pass physical fitness tests as a condition of continued employment. Their physical fitness capabilities don’t decide whether they will be promoted. In civilian settings the only fight or disagreement over integrating transgender people into the workforce is usually about bathrooms.

It’s a mistake to ignore how severe gender dysphoria can handicap people in the military. We cannot turn a blind eye to complication rates from these surgeries and hormonal treatments. The truth is not pretty — even if it comes from the lips from politicians like Vicky Hartzler.

As a former senior enlisted leader and as a non-binary transgender person, my allegiance is not to the trans community. My allegiance is to the defense of this nation. That didn’t change when I lived as a transgender woman for three and a half years. That’s why I am speaking out. Because not every member of the transgender community is fit for military service. Nor is every male or every female, for that matter.

President Trump is seriously mistaken in putting a blanket ban on transgender military service because not every trans service member is impacted by gender dysphoria. Neither does every trans person need to transition their sex. But the President and those that share his views are not completely wrong.

[RELATED: I Was Once Transgender. Why I Think Trump Made the Right Decision for the Military.]

Those surgical and hormonal treatments for gender dysphoria have problems and complications. The unfair effects of transitioning people on the military promotion system are real and discriminatory against biological females. Time away from duty and being non-deployable are indefensible.

Pointing these things out doesn’t make me transphobic. Nor does it make me a traitor to my own community.

I am speaking out because the US Army trained me to tell the truth. And telling the truth is the only way America can win its battles.