The Road to Serfdom: We’re Probably on It 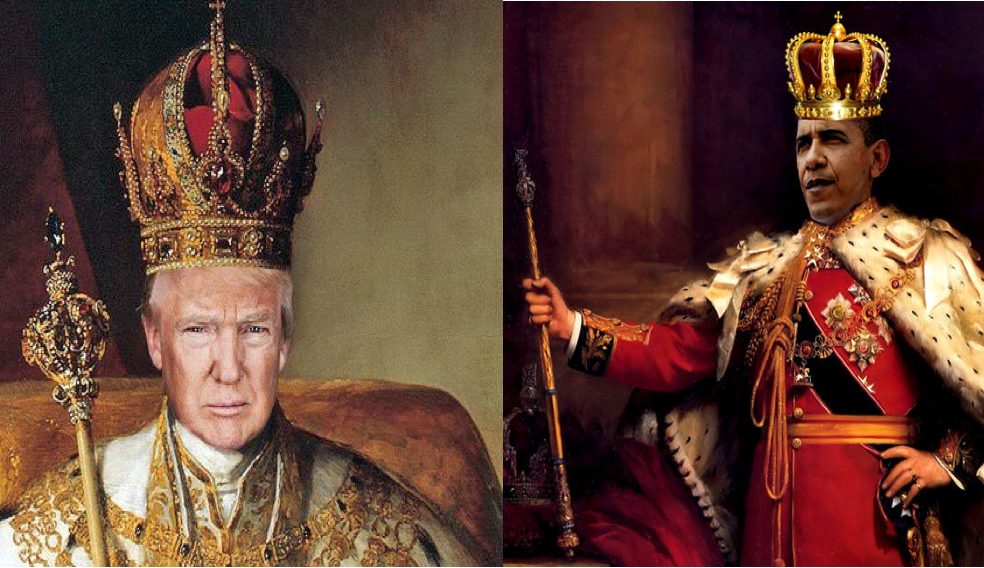 On both sides of the political aisle, frustration with Washington, D.C., has been palpable and growing for many years. Several years ago, President Obama himself stated, “The American people overwhelmingly believe that this town doesn’t work well.”

The more the frustration grows, the more the people seek someone strong enough to wrestle our government out of its current morass. Upon election, the strongman, the fixer, quickly finds that even he can’t fix the mess without more power due to the structure of our government. And so he either asks for more power or finds ways to acquire additional power to get the job done — with or without Congress.

Naturally, the more power the president and the executive branch acquire, the more we move away from the intentions of the Founders of our country. They purposely created a system of ‘checks and balances’ in order to prevent any one of the three branches of our government from acquiring too much power. In doing so, they hoped to both limit the power of government and preserve the power of the people.

But as the years have gone by and the frustration with our government and its system of checks and balances has increased, we come to see more and more power vested in the Executive Branch. Many writers and pundits have come to call this growth of centralized power in the executive branch the “imperial presidency”. It is a troubling development.

Recall that in 2008 presidential candidate Barack Obama identified this problem and the danger it posed to our Republic:

“’I taught constitutional law for 10 years. I take the Constitution very seriously,’ Obama said during a campaign rally in Lancaster, Pa., on March 31, 2008. ‘The biggest problems that we’re facing right now have to do with George Bush trying to bring more and more power into the executive branch and not go through Congress at all.’”

After becoming president, it didn’t take Obama long to sing a very different tune. Here’s just one example that the The New York Times reported on in 2012:

“…during his first two years in the White House, when Democrats controlled Congress, Mr. Obama largely worked through the legislative process to achieve his domestic policy goals.

But increasingly in recent months, the administration has been seeking ways to act without Congress. Branding its unilateral efforts ‘We Can’t Wait,’ a slogan that aides said Mr. Obama coined at that strategy meeting, the White House has rolled out dozens of new policies — on creating jobs for veterans, preventing drug shortages, raising fuel economy standards, curbing domestic violence and more.

Each time, Mr. Obama has emphasized the fact that he is bypassing lawmakers. When he announced a cut in refinancing fees for federally insured mortgages last month, for example, he said: ‘If Congress refuses to act, I’ve said that I’ll continue to do everything in my power to act without them.’”

And who could forget President Obama’s 2014 quip about having “a pen and a phone” to get things done:

“We’re not just going to be waiting for legislation in order to make sure that we’re providing Americans the kind of help they need. I’ve got a pen and I’ve got a phone … And I can use that pen to sign executive orders and take executive actions and administrative actions that move the ball forward…”

For those on the Left who believe that President Trump is a power-grabbing fascist, it’s healthy to acknowledge President Obama’s various consolidations of power in the Executive Branch. Yes, Congress was obstructing, but because of the impatience with our political system the powers that President Obama expanded are now in the hands of President Trump. Thus, the imperial presidency grew.

As for President Trump, back in 2015 I argued that there was “one sentence that explained Trump’s popularity“. The line came from the book The New Dealers (1934), which discussed the rise of Franklin Delano Roosevelt and his presidency. Here’s the line:

“The starveling saints may win shrines from posterity, but the full-blooded, hearty man is the hero of his own times.”

And is that not what we have in President Trump? Granted, those who elected him are looking for the swamp to be drained and for the rule of law to be restored, but ultimately the desire is for a strongman to fix D.C., to “move the ball forward”. How many conservatives cheered when President Trump used executive orders to start draining the swamp? Were these not the same people questioning President Obama’s uses of them? And is the opposite not true? Those who criticize Trump’s actions often cheered similar actions by Obama.

In The Road to Serfdom (1944), F.A. Hayek famously warned about mass frustration with traditional protocols and checks and balances. The more this frustration grows, the more likely we are to end up in serfdom as we collectively hand over our freedoms and powers to a strongman in the name of expediency.

Here’s how Hayek saw the development:

“We must here return for a moment to the position which precedes the suppression of democratic institutions and the creation of a totalitarian regime. In this stage it is the general demand for quick and determined government action that is the dominating element in the situation, dissatisfaction with the slow and cumbersome course of democratic procedure which makes action for action’s sake the goal. It is then the man or the party who seems strong and resolute enough ‘to get things done’ who exercises the greatest appeal. ‘Strong’ in this sense means not merely a numerical majority — it is the ineffectiveness of parliamentary majorities with which people are dissatisfied. What they will seek is somebody with such solid support as to inspire confidence that he can carry out whatever he wants. It is here that the new type of party, organized on military lines, comes in.”

We haven’t yet seen the last part, but the rest of Hayek’s insights come dangerously close to describing the U.S. at this time. Will we turn around or will we keep trucking down the road to serfdom?

On the bright side, if we don’t turn around, Hayek had this to say about America:

Let’s not find out.