The Anti-Federalists Were Right 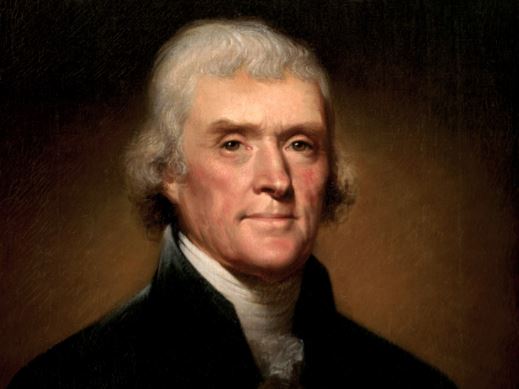 On the eve of the federal convention, and following its adjournment in September of 1787, the Anti-Federalists made the case that the Constitution makers in Philadelphia had exceeded the mandate they were given to amend the Articles of Confederation, and nothing more.

The Federal Constitution augured ill for freedom, argued the Anti-Federalists. These unsung heroes had warned early Americans of the “ropes and chains of consolidation,” in Patrick Henry’s magnificent words, inherent in the new dispensation.

At the very least, and after 230 years of just such “consolidation,” it’s safe to say that the original Constitution is a dead letter.

The natural- and common law traditions, once lodestars for lawmakers, have been buried under the rubble of legislation and statute. However much one shovels the muck of lawmaking aside, natural justice and the Founders’ original intent remain buried too deep to exhume.

Consider: America’s Constitution makers bequeathed a central government of delegated and enumerated powers. The Constitution gives Congress only some eighteen specific legislative powers. Nowhere among these powers is Social Security, civil rights (predicated as they are on grotesque violations of property rights), Medicare, Medicaid, and the elaborate public works sprung from the General Welfare and Interstate Commerce Clauses.

There is simply no warrant in the Constitution for most of what the Federal Frankenstein does.

The welfare clause stipulates that “Congress will have the power … to provide for the general welfare.” And even though the general clause is followed by a detailed enumeration of the limited powers so delegated; our overlords, over decades of dirigisme, have taken Article I, Section 8 to mean that government can pick The People’s pockets and proceed with force against them for any perceivable purpose and project.

Today, Federal courts are in the business of harmonizing law across the nation, rather than allowing communities to live under laws they author, as guaranteed by The Tenth Amendment to the Constitution:

The powers not delegated to the United States by the Constitution, nor prohibited by it to the States, are reserved to the States respectively, or to the people.

In American federalism, the rights of the individual are secured through strict limits imposed on the power of the central government by a Bill of Rights and the division of authority between autonomous states and a federal government. States had been entrusted with the power to beat back the federal occupier and void unconstitutional federal laws. States’ rights are “an essential Americanism,” wrote Old Rightist Frank Chodorov. The Founding Fathers as well as the opponents of the Constitution agreed on the principle of divided authority as a safeguard to the rights of the individual.”

Duly, Thomas Jefferson and James Madison perfected a certain doctrine in the Virginia and Kentucky Resolutions of 1798. “The Virginia Resolutions,” explains historian Thomas E. Woods, Jr., “spoke of the states’ rights to ‘interpose’ between the federal government and the people of the states; the Kentucky Resolutions used the term nullification — the states, they said, could nullify federal laws that they believed to be unconstitutional.” Jefferson,” emphasizes Woods, “considered states’ rights a much more important and effective safeguard of people’s liberties than the ‘checks and balances’ among the three branches of the federal government.”

And for good reason. While judicial review was intended to curb Congress and restrain the executive, in reality, the unholy judicial, legislative and executive federal trinity has simply colluded in an alliance that has helped to abolish the Tenth Amendment.

You know the drill, but are always surprised anew by it. Voters pass a law under which a plurality wishes to live. Along comes a U.S. district judge and voids the law, citing a violation of the Fourteenth Amendment’s Equal Protection Clause.

For example: Voters might elect to prohibit government from sanctioning gay marriage. A U.S. district judge voids voter-approved law for violating the Fourteenth Amendment’s Equal Protection Clause. These periodical contretemps around gay marriage are perfectly proper judicial activism heralded by the Fourteenth Amendment. Yet not even conservative constitutional originalists are willing to cop to the propriety of it all. If the Bill of Rights was intended to place strict limits on federal power and protect individual and locality from the national government — the Fourteenth Amendment effectively defeated that purpose by placing the power to enforce the Bill of Rights in federal hands, where it was never intended to be. Put differently, matters previously subject to state jurisdiction have been pulled into the orbit of a judiciary.

The gist of it: Jeffersonian constitutional thought is no longer in the Constitution; its revival unlikely.

As ardent a defender of the Constitution as constitutional scholar James McClellan was — even he conceded, sadly, that the Constitution makers were mistaken to rely on the good faith of Congress and their observance of the requirements of liberty, to rein in an Über-Presidency in the making. Nor has Congress prevented the rise of a legislating bureaucracy (the Deep State?) and an overweening judiciary — a judiciary that has, of late, found in the Constitution a mandate to compel commerce by forcing individual Americans to purchase health insurance on pains of a fine.

“[B]uried in the constitutional thickets” are “huge presidential powers,” conceded historian Paul Johnson, in his History of the American People. The American president “was much stronger than most kings of the day, rivaled or exceeded only by the ‘Great Autocrat,’ the Tsar of Russia (and in practice stronger than most tsars). These powers were not explored until Andrew Jackson’s time, half a century on, when they astonished and frightened many people.”

These days, the toss-up in any given election is between submitting to the Democrats’ war on whites, the wealthy, and Wal-Mart, or being bedeviled by the Republicans’ wars on the world: Russia, China, Assad and The Ayatollahs. Or, suffering all the indignities listed — and more — in the case of candidates like Hillary Clinton.

The words of Republican office seekers notwithstanding — for most promise constitutionalism — a liberty-lover’s best hope is to see the legacy of the strongman who went before overturned for a period of time. In the age of unconstitutional government — Democratic and Republican — the best liberty lovers can look to is action and counteraction, force and counterforce in the service of liberty.

Having prophesied that Philadelphia was the beginning of the end of the freedoms won in the American Revolution, our Anti-Federalist philosophical fathers fought to forestall the inevitable. For that we must salute them.

This article was republished with permission from Mises.org. Read the original article here.