Star Trek Taught Us How to Deal With Microaggressions 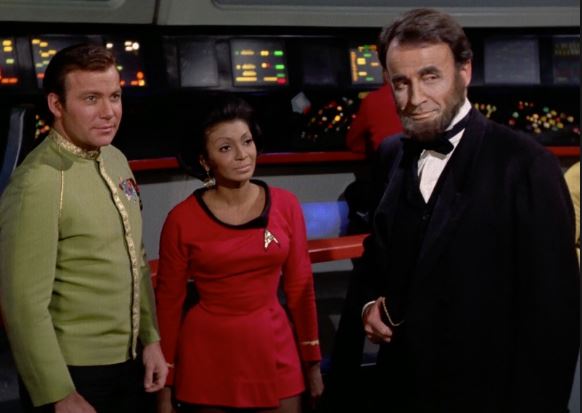 Growing up, my father was a big Star Trek fan. As a child, I didn’t really care for the show. It was a bit too philosophical for a 9-year-old and there were no light sabers to be found.

Eventually I became a fan of the show, however. I learned to appreciate its writing, which was quite good at times, while overlooking the cheap sets and the goofier plots.

There were some really bad stories, of course, but one could ignore this because the show was often exploring big ideas: how humans understand truth; how logic and emotion can both help and inhibit our quest for truth; the nature of good and evil.

One of the wackier plots I can recall involved Kirk and Spock working with, ahem, Abraham Lincoln (or, technically, an alien projecting itself as Lincoln). They were pitted against various villains throughout history by—bear with me here—a conscious rock that wanted to understand the difference between good and evil.

Most of the episode is not worth mentioning, but there is a 30-second exchange that seems quite relevant today.

Aboard the Enterprise, Lincoln meets Lt. Uhura. This white man of the 19th century looks at this black woman of the 23rd century and says, “What a charming Negress.”

Yeah. It was awkward. (Even writing about it now I feel awkward.)

Lincoln did not mean to offend Uhura, but he quickly senses he may have committed a faux pas.

“Oh. Forgive me, my dear,” he says. “I know that in my time, some used that term as a description of property.”

Lincoln’s statement, in modern parlance, is a microaggression: “an indirect, subtle, or unintentional discrimination against members of a marginalized group.”

Microaggressions are “the new racism,” Time magazine declared in 2014. These microaggressions almost always involve transgressions much subtler than Lincoln’s clumsy remark, yet they are handled in a much different fashion in 2017.

In modern American universities, people who commit microaggressions are reported, usually anonymously, to authorities. Transgressors are often compelled to offer public apologies. Corporations, while offering regular instruction on how to avoid microaggressions, compare them to actual violence.

Perhaps such preventative actions are entirely appropriate. But I found myself prefering Uhura’s response.

“But why should I object to that term sir,” she says. “See, in our century, we’ve learned not to fear words.”

Now, of course words can hurt. But consider the context. Uhura is saying it would be silly for her to feel injury because of someone else’s lack of etiquette. A person’s ignorance of a particular custom says precisely nothing about the offended party.

In response to Uhura’s reply, Lincoln bows his head slightly and offers his hand in appreciation of her grace.

“The foolishness of my century had me apologizing where no offense is given,” Lincoln replies.

It’s amazing how many things Star Trek got right in predicting our future. Alas, it seems they got this one terribly wrong. I wonder if that’s our loss.