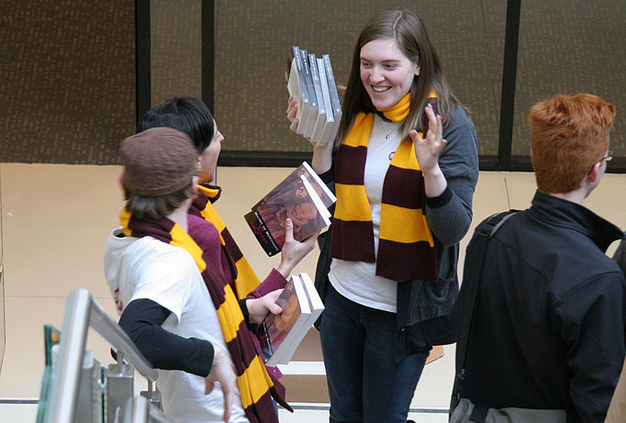 A college policy that led to the arrests of a student and two supporters of a conservative group for passing out copies of the Constitution on a Michigan campus is getting its day in court.

A lawyer with the First Amendment legal aid group Alliance Defending Freedom was set to argue in court Tuesday for suspension of the speech policy because of the arrests at Kellogg Community College in Battle Creek.

The sequence of events as described by Alliance Defending Freedom, or ADF:

“On Sept. 20, five members of the campus organization Young Americans for Liberty were handing out copies of the Constitution and talking about their club to other students in the middle of a walkway outside Binda Performing Arts Center.

The students said their activities didn’t block the walkway or impede other events, but school administrators and security officers approached to inform them that they were violating campus speech policies that demand students get prior permission for ‘expressive activities’ among other requirements.”

In a press release, ADF said one administrator was recorded on video saying that “engaging [students] in conversation on their way to educational places” violates policy because it is an “obstruction to their education” to ask them questions such as “Do you like freedom and liberty?”

According to ADF, the administrator also said he was concerned that students from “rural farm areas … might not feel like they have the choice to ignore the question.”

The college representatives instructed the students to stop distributing the materials and talking to other students. When two of them said they were going to continue practicing their First Amendment rights, security arrested them and charged them with trespassing.

After Alliance Defending Freedom became involved, the school dropped charges against the students.

But related policies, including what the school calls its solicitation policy, are still in effect.

Travis Barham, an ADF lawyer, was to appear Tuesday in U.S. District Court for the Western District of Michigan in support of a motion filed in May seeking suspension of the college’s related policies.

ADF filed a lawsuit Jan. 18 against Kellogg Community College arguing that the speech policy gives administrators too much discretion to restrict expression of students’ views because it requires prior approval and curbs speech in outdoor areas.

In a June 22 press release about the suit, college spokesman Eric Green said:

This case is not about free speech or viewpoint discrimination. We have felt from Day One of this unnecessary lawsuit that the plaintiffs’ claims are without merit and that the college’s solicitation policy is constitutional and appropriate in its scope. … We don’t regulate the content of anyone’s solicitation materials, but we do govern the time, place and manner of the activities in order to ensure the safety of all students, employees, and guests on our campuses.

Green said the policy “ensures that the time, place, and manner of solicitation activities–regardless of the content of those activities–do not impede or interfere with the learning environment or college business.”

Kellogg Community College isn’t the only school to restrict student speech on campus recently, and it isn’t the only one to punish students for passing out copies of the Constitution.

ADF, in conjunction with the Foundation for Individual Rights in Education, sent a demand letter in May to Bunker Hill Community College in Massachusetts after students with the same group, Young Americans for Liberty, were told they could not distribute copies of the Constitution.

The letter warned that some campus policies are unconstitutional.