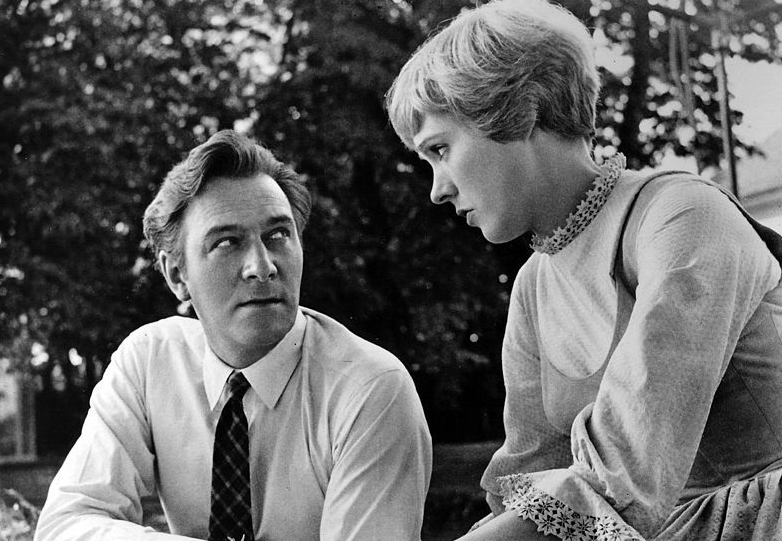 I’m pretty sure I can recite every single song from The Sound of Music. I grew up watching the movie back in the day when long movies had to be split onto two different VHS tapes (and yes, my family still has them), and I still love it as an adult. The Sound of Music is a widely popular movie worldwide (as well as a compelling musical), has won several Academy Awards, and has been performed almost constantly as a musical since it debuted (including the live, televised Carrie Underwood version that we all want to forget), so I’m certainly not the only one who loves it so much.

The reason? Because the real Maria von Trapp used corporal punishment on the children.

Along with watching The Sound of Music probably dozens of times, my family also watched interviews with the real von Trapp family and saw documentaries about their lives. As much as I had imagined Julie Andrews as the warm and kind Maria von Trapp, the real Maria was a pretty harsh and strict person. She didn’t hide that; she talked about it in her autobiography, and the von Trapp children have said that she had a temper, “but we took it like a thunderstorm that would pass, because the next minute she could be very nice.”

Using corporal punishment or losing her temper didn’t mean Maria didn’t care for her adopted children, of course. She said that she fell in love with them at first sight, and she married Georg von Trapp out of love for the children, not for him (though she grew to love him). My family may be one of the few that watched and read about the real von Trapp family, but most people understood that The Sound of Music was a fictionalized version of the family’s lives. I mean, it’s Hollywood. Sorry to burst your bubble, but Dunkirk wasn’t even completely historically accurate.

But even if the real story and the real characters are different, the purpose of the movie is true to life. Georg von Trapp did turn down invitations to join the Nazis and to sing at Hitler’s birthday party, and we all know what happens when you are on the wrong side of the Nazi army. While the family didn’t in fact hide from the Nazis in a convent and hike across the mountains to Switzerland, as depicted in the movie, they did risk their lives to leave Austria and travel to America. They weren’t secretive about their trip, so they could easily have been stopped and imprisoned, or worse.

Apparently, all of that doesn’t matter since Maria had a temper and punished the children using methods that no longer meet with widespread approval. Corporal punishment is looked down upon today in many places, but it was legal during the 1940s and it’s still legal in all fifty states in the U.S. (with restrictions) and even legal in U.S. schools in nineteen states. Yes, teachers can legally use corporal punishment on children in those states. It wasn’t made illegal in Austria until 1989, two years after Maria had died. And Maria was certainly not the only person who punished children using these methods during her time.

Maria von Trapp risked her life and did an incredible job rescuing her stepchildren from the hands of the Nazis. If they had been captured, she could have been imprisoned, tortured, or killed.

If, after adopting a family of ten children (not seven like they show in the movie) and risking her life to get them safely out from under Nazi rule to a better life, Maria von Trapp still doesn’t deserve to have a street named after her, then who does? Hollywood thought her worthy enough to make a movie about her life, after all. Shame on Austria for being too cowed by political correctness to embrace one of its bravest citizens.