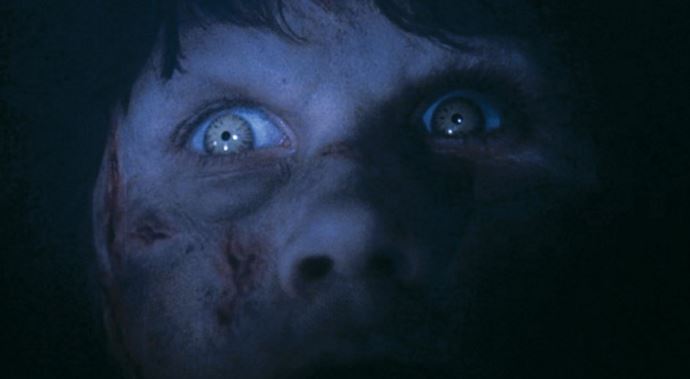 Experts say exorcism is “thriving” in the United States in recent decades, which is perhaps what prompted CNN to profile an academic regarded as one of the world’s foremost authorities on exorcism.

Dr. Richard Gallagher, an Ivy League-educated psychiatrist who teaches at Columbia, is the man exorcists call when they need help. Here is a brief profile, courtesy of CNN:

“Fighting Satan’s minions wasn’t part of Gallagher’s career plan while he was studying medicine at Yale. He knew about biblical accounts of demonic possession but thought they were an ancient culture’s attempt to grapple with mental disorders like epilepsy. He proudly calls himself a ‘man of science.’

Yet today, Gallagher has become something else: the go-to guy for a sprawling network of exorcists in the United States. He says demonic possession is real. He’s seen the evidence: victims suddenly speaking perfect Latin; sacred objects flying off shelves; people displaying “hidden knowledge” or secrets about people that they could not have possibly have known.”

‘There was one woman who was like 90 pounds soaking wet. She threw a Lutheran deacon who was about 200 pounds across the room,’ he says. ‘That’s not psychiatry. That’s beyond psychiatry.’”

For many people, Gallagher’s words here immediately betray him as a quack. The proposition that demons roam among us is simply a non-starter for many people in our age. He must be money hungry, daft, or delusional.

Indeed, this is a view Gallagher himself probably would have held at one time. He was inclined to skepticism for much of his life, he wrote in a Washington Post column last year, but his skepticism melted during one particular exorcism. It involved a woman he calls “Julia” (a pseudonym). Via CNN:

“She ended up relieving Gallagher of his doubts. It was one of the first cases he took, and it changed him. Gallagher helped assemble an exorcism team that met Julia in the chapel of a house.

Objects would fly off shelves around her. She somehow knew personal details about Gallagher’s life: how his mother had died of ovarian cancer; the fact that two cats in his house went berserk fighting each other the night before one of her sessions.

Julia found a way to reach him even when she wasn’t with him, he says.

He was talking on the phone with Julia’s priest one night, he says, when both men heard one of the demonic voices that came from Julia during her trances — even though she was nowhere near a phone and thousands of miles away.

He says he was never afraid.

Gallagher also said Julia spoke multiple languages, including Latin, words and phrases unknown to her outside of her trances.

None of this, one could argue, is evidence of a supernatural presence or demonic possession. Anyone familiar with the famous film The Exorcist will note how familiar all of this sounds. It could all be an act performed by someone who watched the film or some form of mental illness. There must be a logical answer, no?

Gallagher would agree. But he contends it would be illogical to ignore his senses and the vast testimony that suggests demonic possession is real.

“As a psychoanalyst, a blanket rejection of the possibility of demonic attacks seems less logical, and often wishful in nature, than a careful appraisal of the facts,” he wrote in 2016. “As I see it, the evidence for possession is like the evidence for George Washington’s crossing of the Delaware. In both cases, written historical accounts with numerous sound witnesses testify to their accuracy.”

The underlying current in this whole discussion, of course, is the tension it incites between two powerful systems of thought: Materialism and Religion.

In fact, the presence of demons would shake the very foundations of Materialism and Skepticism, C.S Lewis implied in his famous work The Screwtape Letters. Here is what the demon Screwtape writes to his nephew Wormwood on the subject of demons revealing their presence to humans:

“We are really faced with a cruel dilemma. When the humans disbelieve in our existence we lose all the pleasing results of direct terrorism and we make no magicians. On the other hand, when they believe in us, we cannot make them materialists and skeptics. At least, not yet. I have great hopes that we shall learn in due time how to emotionalise and mythologise their science to such an extent that what is, in effect, belief in us, (though not under that name) will creep in while the human mind remains closed to belief in the Enemy. The “Life Force”, the worship of sex, and some aspects of Psychoanalysis, may here prove useful. If once we can produce our perfect work – the Materialist Magician, the man, not using, but veritably worshipping, what he vaguely calls “Forces” while denying the existence of “spirits” – then the end of the war will be in sight.”

Lewis is saying these postmodern philosophies, which are quite prominent today, are incompatible with the idea of demonic possession.

The Christian, on the other hand, is confronted with a quite different dilemma on the question. In the New Testament Gospels of Mark and Luke, Jesus of Nazareth encounters a possessed man and asks his name. “My name is Legion, for we are many,” the spirit replies.

So, is exorcism real?

There is only one correct answer to the question. But if you want to get some insight into someone’s worldview (conscious or subconscious), ask them and see how they respond.