Indoctrination in American Schools: How bad is it? 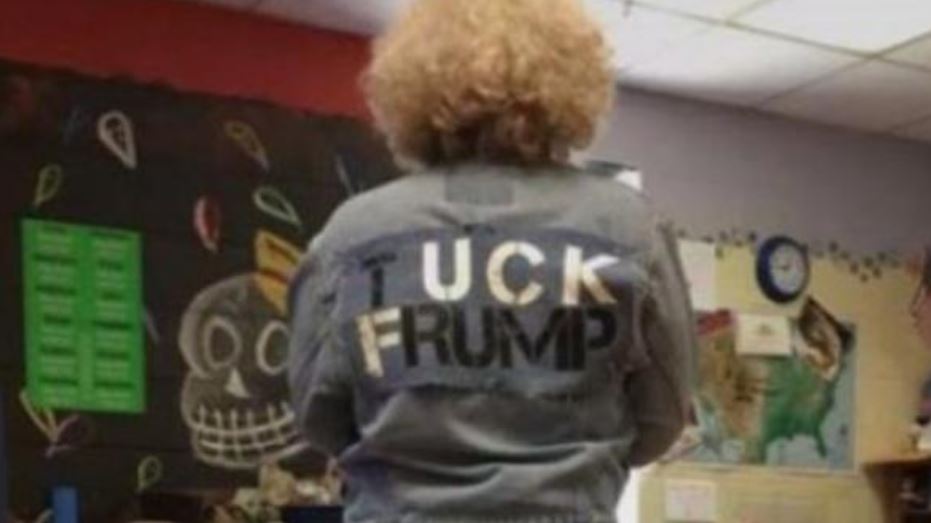 (The above image is that of a jacket worn by a teacher in a West Virginia public school.)

Mann knew that education was never a “value-neutral” proposition. It has always been and always will be a process that shapes not only a child’s abilities, but more importantly, the child’s worldview based upon the values of the educator. It was for this reason that many Americans pushed back, though unsuccessfully, against the kind of public, compulsory education Mann was championing in the early- and mid-1800s.

In 1840 a special legislative committee in Massachusetts had serious reservations about increasing government control over education. Regarding the wax-like nature of children, here’s what the committee’s final report had to say:

“The right to mold the political, moral, and religious opinions of … children is a right exclusively and jealously reserved by our laws to every parent; and for the government to attempt, directly or indirectly, as to these matters, to stand in the parent’s place, is an undertaking of very questionable policy. Such an attempt cannot fail to excite a feeling of jealousy, with respect to our public schools, the results of which could not but be disastrous.”

Without a doubt, the kinds of activities currently taking place in Edina, Minnesota, one of the state’s most celebrated districts, mirror that 175-year-old warning. What teachers are doing and administrators are condoning is very much an attempt to mold the “political, moral, and religious opinions” of children — starting in kindergarten.

Below are a few of the articles Intellectual Takeout published recently on the topic:

Communist Clubs Are Sprouting Up in U.S. High Schools Again

Not All Parents Want Their Children to be Social Justice Warriors

Sadly, Edina isn’t alone. Across the country many schools are seeing similar activities taking place in the classroom. While some parents and taxpayers may approve or even seek out such ideologically driven education, it’s highly doubtful that all parents and taxpayers want it for their local schools.

Further, imagine being a student with views that run contrary to those of your teacher. How hostile of a learning environment could it become?

Last November, Quinn Northup was a senior at Edina High School and a known Trump supporter when her world went a little crazy the day after the election.

“Teachers and students were openly weeping, some uncontrollably. There was hugging. People were offering words of comfort and support to one another.

‘We will make it through this together…’

Northup, now a freshman at Pepperdine University, said it was perhaps the most morbid scene she’d witnessed in her young life. ‘It felt like someone had died or something,’ she says.”

It got worse as the day went on. Quinn found herself taunted and verbally assaulted both in school and on social media. It was too much for her.

“‘I had to have my mom come pick me up after third hour that day,’ she said. ‘I couldn’t stand to walk around a school filled with both teachers and students crying and looking to me through their tears with hurtful eyes.'”

I don’t blame her for ditching school. Is that really the kind of politically charged environment you would want to be in as a student? How much learning can happen when you’re harassed by students and even some teachers, made to feel deplorable for your views?

Quinn Northup is hardly alone in her experiences in such an intolerant, hostile school environment. Across the country many students are also finding themselves taunted, threatened, and ostracized if they do not line up with the social justice ideology. It is truly shameful.

We were warned over 175 years ago that education could become a tool of indoctrination. Now it is undeniably being used as such. The question is what will we do about it?