How Our Culture Came to Scorn Physical Work 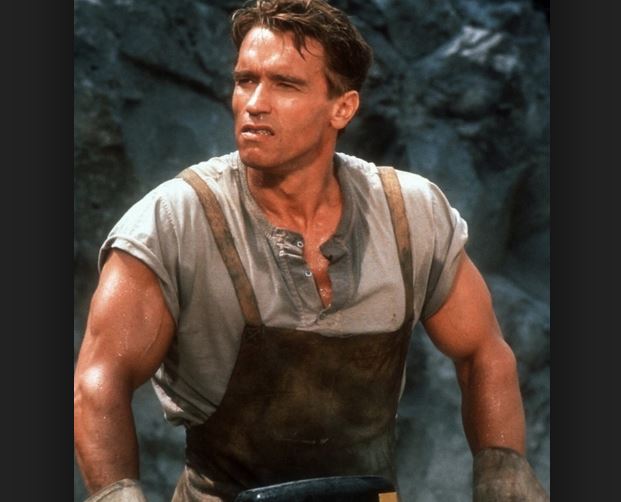 As economic prosperity continues to spread, and as the American economy completes its transition into the age of information, manual labor is increasingly cast down in the popular imagination.

When our youth navigate and graduate from high school, they receive a range of pressures to attend four-year colleges and pursue various “white-collar” careers, whether in finance or law or tech or the academy. Jobs that require physical labor, on the other hand, are not so high on the minds of parents, pastors, teachers, and politicians — despite the tremendous demand.

As for why, we are routinely told that manual labor is either a curse to be expelled from civilized life or an unsustainable, replaceable remnant of a bygone economic age. But what if such work actually brings a significant measure of blessing and satisfaction? What if physical labor is more central and essential to the 21st-century economy than the economic soothsayers are prone to proclaim?

So argues Victor Davis Hanson, the popular conservative intellectual who has managed to split time as both a professor at a university and a fifth-generation almond farmer for four decades.

In the latest City Journal, Hanson observes a peculiar irony when it comes to manual labor, wherein the culture appears to overtly disdain such work even as it remains obsessed with physical fitness and an entire new genre of manual-labor reality TV. And although parents will discourage their children from entering the trades, they themselves will still pride themselves on the “good old days” where hard lessons were learned. “There seems a human instinct to want to do physical work,” he writes. “We moderns want to be able to say that we have some residual firsthand familiarity with drudgery—or at least share our admiration for muscular labor when one sees the positive results of physical craftsmanship, or even the smallest physical alteration of the natural environment.”

Which leads us to a question: “What is it about physical work, in its supposed eleventh hour within a rapidly changing Western culture, that still intrigues us?”

When it comes to the need for such labor, where some are prone to apocalyptic fears about the rise of automation, Hanson sees a promising future. Offering an extensive assessment of the state of the economy, Hanson concludes that, even as automation continues to accelerate, the need for human touch and craftsmanship will surely endure:

Physical work remains the foundation for twenty-first-century sophistication and complexity…It is astonishing, the degree to which a high-tech, postmodern society still depends on low-tech, premodern labor, whether that is a teen in constant motion for eight hours as a barista at Starbucks or a mechanic on his back underneath a Lexus, searching to find a short that popped up in a computerized code on his tablet. In some sense, the end of hard physical work is a delusion. Even Bill Gates’s high-tech automated estate will need a plumber to clear his sewer connections or a glass fitter to replace a broken window or an electrician to rewire a shorted-out ceiling fan.

In looking toward that future, Hanson takes care to avoid overly romanticizing the physical toil of the past, acknowledging that “anyone who has spot-welded or harvested almonds with a mallet and canvas has no regrets in seeing the disappearance of such rote drudgery.” Yet, even still, he continues to wonder: “As we continue on this trajectory…from less demanding physical work to rare physical work, is something lost? Something only poorly approximated by greater leisure time, non-muscular jobs, and contrived physical exercise?”

Indeed, whereas the life of the mind can sometimes lead us to relish in a “therapeutic sense that life can be changed through discourse and argument,” Hanson explains, manual labor often encourages “a tragic acceptance of nature and its limitations.” And this is not all that we’ll miss.

In a world without physical labor, not only will we lose that basic economic foundation and a more fundamental, down-home realism. We, as workers of all shapes and kinds, lose the formative, transformative influence it wields on our discipline and work ethic, not to mention our very souls and spirits. “Physical work has an intrinsic satisfaction in that it is real, in the primordial sense that nonphysical work is not,” Hanson concludes. “The head of the Federal Reserve Board may be more important to our general welfare than the city road crew patching asphalt roads, but there remains something wondrous in transforming material conditions through the hands, an act that can be seen and felt rather than just spoken or written about.”

Hanson offers this up as a mildly substantiated hunch, but we see it clearly in the Biblical story, as well. “The forms of work are countless,” write Gerard Berghoef and Lester DeKoster, “but the typical one is work with the hands. The Bible has reference to the sower, to the making of tents and of things out of clay, to tilling the fields and tending the vine. Hand work makes visible the plan in the mind, just as the deed makes visible the love in the heart.”

Such reminders needn’t cultivate an undue romanticism, nor should they create a new lopsidedness in the other direction. As Jordan Ballor writes in his book, Get Your Hands Dirty, the focus should be on restoring a more holistic appreciation for the spiritual nature of all work that serves one’s neighbor:

All work has a spiritual dimension because the human person who works in whatever capacity does so as an image-bearer of God…If we derogate work with the hands, manual and skilled labor, in this way, we separate what God has put together and create a culture that disdains the hard and often dirty work of cultivating the world in service of others. The challenge that faces the church and society more broadly then is to appreciate the spiritual meaningfulness of all kinds of work, to celebrate it, and to exhort us to persevere in our labors amidst the unavoidable troubles that plague work in this fallen world.

As workers in the age of information, the task of balancing brains with brawn will likely require a bit of intentionality, both in how we approach our own lifestyles and vocations and through our discipleship, encouragement, and appreciation of those around us.

“If we sow a culture that disdains work, then we will reap a dysfunctional society that pits class against class, labor versus management, rich against poor, strong against weak,” concludes Ballor. “But if we sow a culture that celebrates all kinds of work as inherently valuable, as valid and praiseworthy ways of serving others and thereby serving God, we will reap a society that promotes flourishing in its deepest and most meaningful sense.”

This article was republished from Acton.org. Read the original article here.