Eliminating Down Syndrome Children Is Not Something to Be Proud Of 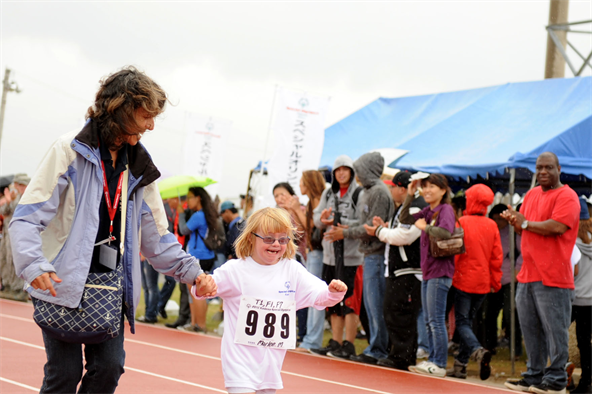 This week, the CBS News program “On Assignment” included a long feature on what it described as the near eradication of Down syndrome in Iceland.

As the story unfolded, viewers learned of the impact of genetic screening and abortion on a countrywide scale.

On that tiny island, known to people mostly for its geothermal pools and Northern Lights, what one scientist called “heavy-handed genetic counseling” has led to the death in utero of nearly every boy and girl affected by Down syndrome.

The CBS News report focused on a single nation, but the trend toward elimination of children with Down syndrome is tragically widespread.

New genetic screening tools available earlier in pregnancy have exacerbated this situation, leading to the lethal rejection of the majority, perhaps the vast majority, of these children worldwide.

In France, an estimated 96 percent of children with Down syndrome are killed before birth. In the United States, estimates range between 61 percent and 93 percent.

There is no haven for these children, no safe place that tells them they are no more imperfect, no less beautiful, than you or I am.

Just 27 years ago, a future U.S. surgeon general, testifying before Congress, looked forward to the day when Down syndrome could be eliminated in America.

She did not mean by ameliorating the disease itself. She meant by searching for and destroying children who have the condition, which she said would have “an important, and positive, public-health effect.”

This cold calculus is sadly common among professionals who live in the cost-benefit universe of “public health,” where individuals are sometimes denied their dignity based on their perceived value to society.

This is surely not a calculus that weighs in the minds of parents receiving news that the child God has sent them is not the healthy child every parent longs for.

But in denying some children dignity, many genetic counselors ironically undercut the dramatic medical progress being made to ensure that children with Down syndrome and other conditions live increasingly long and fruitful lives.

Research done by Dr. Brian Skotko, who co-leads the Down Syndrome Program at Massachusetts General Hospital, has shown that:

Women must be allowed to know these facts.

Fortunately, 14 states as of July have passed “Down syndrome information acts” to provide expectant mothers with medically accurate information as well as guidance about community support services. More states should do so.

In addition, state legislatures are increasingly passing prohibitions on abortions performed for various discriminatory reasons, situations in which wanted unborn babies become unwanted because of some characteristic that, viewed in any postnatal context, would be protected under our civil rights laws—for example, sex and disability.

One can only deplore the actions recently taken in France to block internet sharing of beautiful videos like “Dear Future Mom,” which depicts a multilingual array of lovely human beings, who happen to have Down syndrome, urging future mothers to know these children will love them, live with unprecedented independence, hold jobs, have romances, blow them kisses, and embrace life.

What is happening in so many countries around the world today is a surrender to fear, a succumbing to the harsh judgments lodged against those who are different, a prejudice against the weaknesses and imperfections more visible in some but surely present in us all.

For these reasons, advocates, conscious that life is never easy, will continue to call for the dissemination of truthful and current information about the unique gifts people with Down syndrome offer this world, and for laws and policies that protect these precious souls from acts of lethal discrimination in the womb.

This article was republished with permission from the DailySignal.com. Read the original article here.