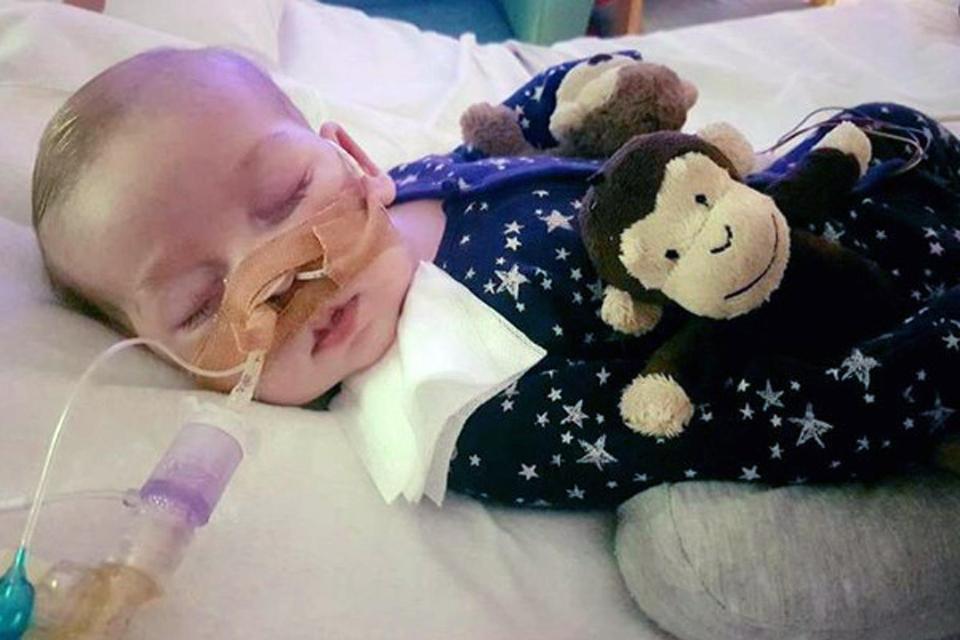 Many of us continue to watch the tragedy of young Charlie Gard with a sick blend of sadness, anger, and pure horror.

For those who don’t know, Charlie is an 11-month old infant suffering in a London hospital from a genetic disease. His parents raised $1.7 million to fight the illness, and had made plans to take their son to a hospital in America. But the hospital where he is currently receiving treatment—Great Ormond Street Hospital—says no, that would be cruel. Removing Charlie from life support and letting him die is the more humane option, they argued in court, and the court agreed.

After his family lost in court, Charlie’s story—Shakespearean in scope and chock full of ethical questions—was soon trending on social media. The high-profile saga eventually brought words of encouragement from Pope Francis and President Donald Trump, both of whom offered to help Charlie receive medical care.

It was at this point that some apparently began to get worried. Ruth Graham, a regular contributor at Slate, didn’t like the narrative. In an article bearing the headline “The Right Is Turning the Charlie Gard Tragedy into a Case Against Single-Payer Health Care. It’s the Opposite,” Graham complained that “Charlie’s young life has become a cause celebre among American conservatives, who see it as a disturbing case of government overreach.”

What’s interesting is that Graham appears to agree that this is a case of government overreach. She notes that “you don’t need to be a conservative to be wary of the notion that a state entity can somehow objectively determine the best interests of a medical patient, overriding the wishes of his parents, or that there’s one answer to the question of when life is no longer worth living.”

Graham then briefly touches on the ethics of Charlie’s case and the rise of euthanasia in Europe, admitting that there “is good reason to view cases like Charlie’s as bellwethers for the future of bioethics and the law.”

But she quickly pivots to the crux of the issue: Donald Trump’s budget.

“Trump’s showboating is infuriating given his attacks on the kind of scientific and medical research that would make life better for children like Charlie. His proposed budget would slash funding for the National Institutes of Health by $5.8 billion. It would also cut Medicaid, which covers 39 percent of American children, by $800 billion; the Senate’s version of the health care bill makes other devastating cuts to the program. Meanwhile, the U.S. infant mortality rate is already significantly higher than the rates in Europe and other developed parts of the world.”

She then cites an article written by Ian Tuttle of National Review, which asked “what do we owe to people such as Charlie, who cannot speak for themselves? What duty of care do we owe them simply on account of their being human beings, who are by nature possessed of an inalienable dignity?”

“These are compelling and complex questions. They speak to Pope Francis’s notion of a “throwaway culture” that disregards lives that a capitalist society doesn’t see as useful: the disabled, the elderly, the poor, and, in his view, the unborn.”

See how that worked? The state declares that a child should die, and the onus falls on a capitalist society that doesn’t value life.

If you’re still trying to figure out how the logic follows, bear in mind: Graham’s entire article is essentially one big red herring.

Instead of arguing the ethics of what the state is doing to Charlie and his family, she switches to a debate on public policy, asking to what extent government should subsidize healthcare for individuals. Is not defunding important government programs worse than the trials of one little baby who probably can’t be saved anyway?

It’s a clever ruse. Rather than discussing the ethics of the state telling Charlie’s parents they have no right to seek treatment for their son at a different hospital, we’re left debating whether the $800 billion in Medicaid cuts which Graham mentions actually exist.

It’s an important distinction. The proper and primary purpose of government, John Stuart Mill wrote on his classic On Liberty, is to prevent individuals from being harmed by others. That is its raison d’etre. Government does not have the right to interfere with an individual for his own good, Mill said.

But in the progressive philosophy, which is based primarily on a crude Utilitarianism, the rights of the individual are always subservient to the good of the collective.

Sure, Graham says, we can debate “how such a [health care] system should be administered, to what lengths it should go to to [sic] prolong the lives of the terminally ill, and who should make decisions on when a life’s end has been reached.” But let’s not lose focus of the bigger picture, and that picture has nothing to do with Charlie—a (tragically) sick infant likely to die no matter what we do.

To people with such a mindset, Charlie Gard’s tragedy is a mere distraction in the march of progress.