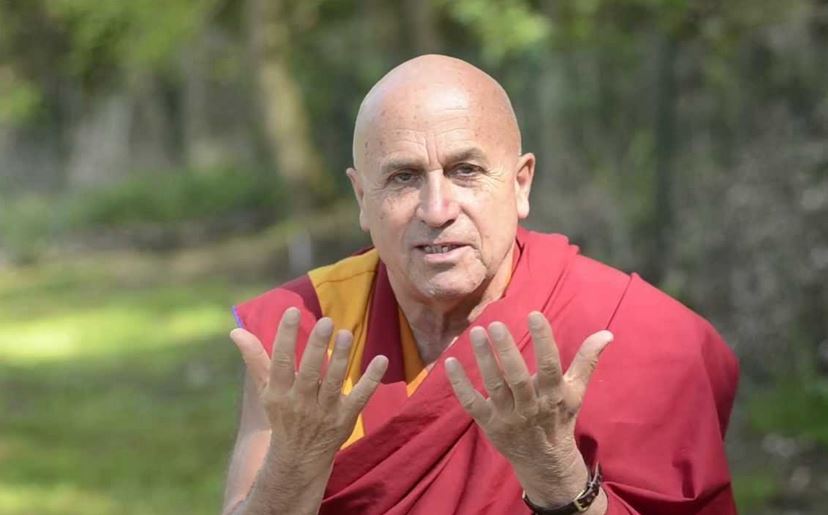 Matthieu Ricard, a Tibetan monk from France, has been declared the world’s happiest man by media and, perhaps more importantly, by Google.

Many years ago, Ricard, a genetic scientist who walked away from an intellectual career, participated in a 12-year study conducted by neuroscientist Richard Davidson of the University of Wisconsin. Here is what researchers found:

“The scans showed that when meditating on compassion, Ricard’s brain produces a level of gamma waves – those linked to consciousness, attention, learning and memory – ‘never reported before in the neuroscience literature’, Davidson said. The scans also showed excessive activity in his brain’s left prefrontal cortex compared to its right counterpart, allowing him an abnormally large capacity for happiness and a reduced propensity towards negativity.”

Ricard’s story has went viral several times in recent years, which is strange considering that he was first declared the world’s happiest man a decade ago.

I don’t doubt that Ricard is a happy man or that his brain showed extraordinary activity in the 1990s. Nor do I think Ricard is a fraud. On the contrary, he seems like a wise and humble man. In fact, Ricard concedes that it’s “a total exaggeration” to call him the world’s happiest man.

What I find a little aggravating is the way our society peddles happiness.

Ricard is constantly trotted out in headlines as “the world’s happiest man” because it’s great clickbait. The fact that so many people are clicking on such stories suggests that people are genuinely craving a better understanding of happiness and how they can achieve it. But instead of getting actual insights, they are told that happiness is found by spending 15 minutes a day thinking happy thoughts.

This is rubbish, of course. Ricard says no such thing.

Contrary to a neat 15-minute plan, Ricard’s life lessons on achieving harmony are extensive and nuanced.  Esquire ran an overview of these lessons earlier this year. It included this caveat:

“To be completely free you can’t at the same time have a responsible concern for people who depend on you. How can I be happy when I’ve been celibate for 30 years? If I have a family I will cause a lot of suffering so it’s not feasible.”

I don’t think Ricard is saying humans should stop procreating, but he clearly is saying that absolute peace cannot be achieved if people have offspring or other dependents in their care.

A second bitter pill to swallow: Ricard says happiness is particularly elusive to people focused on themselves.

“It’s simply that me, me, me all day long is very stuffy,” he says. “And it’s quite miserable, because you instrumentalize the whole world as a threat, or as a potential sort of interest [to yourself].”

His point that such a mindset is exhausting, stressful, and a road to unhappiness is a good one—but achieving self-denial and suppressing the human ego are not exactly simple.

Much of the Christian journey, according to Biblical teaching, involves this very concept: the crucifying of the flesh, the death of the self.

I suspect most Tibetan monks and Christian saints would agree that it takes more to achieve bliss than 15 minutes of happy thoughts each day. (This is not to say that 15 or 30 minutes of meditation or prayer daily is not helpful, of course.)

The point is, there is no 15-minute path to happiness, and to suggest otherwise is a disservice to those seeking to better understand why they are so miserable.