Why Freshman Comp Students Struggle to Get an ‘A’ 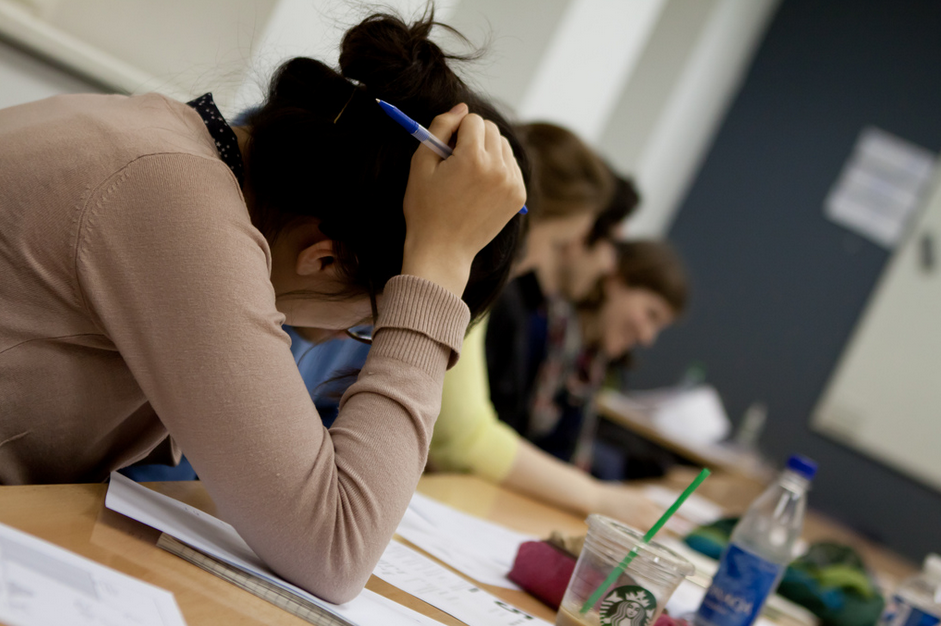 Good, but beware. Teaching college English, especially freshman comp, is not for the faint-hearted.

If you are drawn to the profession by the joys you experienced in grad school reading the great tacticians of the language, be prepared to gird your loins for something akin to trench warfare. You will often find yourself in a dark place where syntax constantly comes a cropper in its unequal battle against half-baked ideas, defenseless vocabulary, and ghastly grammar.

Your first skirmish will pit you against invisible, nameless, and formidable adversaries: all those “language arts” teachers from the past who, at least according to many students, seldom held them accountable for anything. To hear them tell it, their every idea was deemed above average, á la Lake Wobegon. Thesaurus-diving was also encouraged, so that a word like “plethora” will in their view serve their purpose much better than the perfectly clear and acceptable “many.”

And if you expect reasonably well-structured sentences with close-to-appropriate punctuation, don’t be surprised to encounter something like this: “They said all their usual announcements then they talked about a contest for writing and they read the winners that won it was only three from my school two boys and one girl.”

Should you succeed in routing the enemy this first time, your work will have only just begun.  Although some of your students may be impressed by your promise to expect only their best work, they will view themselves as casualties if their first essay—often a revamped version of one written in high school—earns a low grade.

First the ghosts of all those neglectful “language arts” teachers will rise up once again to rattle their rusty chains. The students will implore you to read and grade a revision and/or take into account that anything less than a “B” will jeopardize their financial aid.

If neither of those stratagems succeeds, the opinions of parents will be brought up to the front line, guns blazing. Sometimes they will even visit your office, demanding that you show them why the paper didn’t deserve “at least a ‘C.’” They may also claim that this is the first time their child has ever received anything less than an “A.” Although it’s an unpleasant task, be prepared to go over the writing assignment in excruciating detail; if you do so, chances are it will keep that helicopter parent from knocking on your door again.

At this point, it’s wise to revisit the standards and expectations you covered during the first class meeting when students are notorious for nodding their heads while not attending to a single word you’re saying. After all, their cell phones keep lighting up or vibrating. Either a friend has posted something funny and fleeting on Instagram, or their roommate wants to know what happened to the Jägermeister.

This will also give you an opportunity to remind the students (and yourself) that writing must meet basic standards of content and execution to warrant a passing grade. In other words, hold that line.

Assuming you survive this first brush with professional misadventure, the task of getting your charges to contend with their worst compositional tendencies will continue for the entire semester. Just when you think you’ve made it abundantly clear that “whether” and “weather” are not interchangeable, these and other malapropisms that evade every spellchecker ever devised will rise like Banquo’s ghost to haunt the pages of your students’ essays.

Routine grammar and punctuation issues as well as basic rhetorical fallacies will also seem to have taken up positions for a protracted siege.

As the semester midpoint approaches, you would do well to reach out to those students who are not making much progress. If they have enrolled in more classes than their work/school schedule can support, let them know it might be a good idea to reduce their course load and thereby spare their GPA lasting injury. If other professors or mentors advise you this is not part of your job, I’m here to say they are wrong. Like it or not, your responsibilities extend beyond your discipline. Moreover, you may find that forays into advising are a welcome change from the time you spend performing triage on hastily written first drafts.

By week twelve of the semester the ranks of your freshman comp classes will probably  have thinned by about twenty percent. Some students will provide advance notice of their decision to withdraw, citing a family emergency or pressing personal concern, while others will simply go AWOL, sometimes as early as the third or fourth week of the semester. However, be prepared for one or two of those disappeared students to resurface during finals week. Their mea culpas will be heroic and all inclusive, in hopes that you can overlook the fact they did virtually nothing all semester. Hear them out, then wish them well.

Once final grades have been calculated and posted, it will be time to do a little retroactive reconnaissance. Review your classroom presentations, especially those most nearly resembling lectures, and entertain the possibility that they were ineffective. As soon as students realize you plan to talk for an extended period of time—say, fifteen or twenty minutes—their doors and windows of perception begin to close.

It is much better to get them doing things, preferably with pen or pencil, and either a textbook or sheet of paper. Or give them time to hash something out verbally with classmates. If nothing else, the hum of voices will assure you there is still value in a traditional classroom setting.

At some point you may also find yourself wondering about that one student who began the semester with so much promise only to falter or go AWOL in the end. He was extremely quiet, perhaps willfully so; or she was unusually talkative, either craving attention or trying to disarm it. Was there something you could have or should have done? After all, students have all kinds of needs and, since you were once a student, you might have a valuable insight to share.

Before embarking on a rescue mission, however, be advised that reaching out to an under-performing student can sometimes leave you stranded in no man’s land: there’s no guarantee your insights will be welcome. Just as students have all kinds of needs, they fail for all kinds of reasons, sometimes intentionally.

Enjoy a bit of rest after the semester is over. The battle of your next one looms just over the horizon.