When It Comes to Reading, Does Quality Beat Quantity? 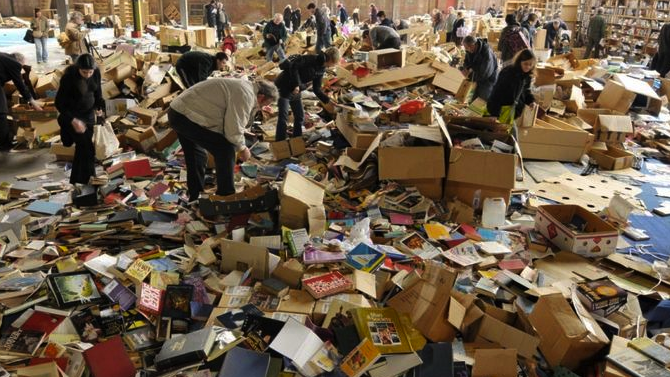 At this cultural moment, a question like quality-over-quantity may seem an inane one to ask. We live in a society, after all, where schools dumb down their English curricula, where one in five rising freshmen enter college as ‘book virgins’, and (with apologies to Norman Juster) where those same students swim for years in the sea of knowledge and come out the other side completely dry.

These are all real concerns, but they all point to the same questions: how bad are we, really, and where can we start doing better?

This problem of functional illiteracy in the United States is troubling (or should be, if we’re being intellectually honest), and I don’t want to downplay its seriousness. But taking the long view, things have been this bad before if not worse, if we are talking only about literacy.

For a thousand years, the only extant work of Plato – the very founder of Western philosophy! – in Western Europe was one of his later Dialogues, the Timæus, as partially translated by Calcidius. Most of the West’s knowledge of Plato instead came second-hand through his rather rebellious student Aristotle. And even then, the only people during that time who could read either Aristotle or the Timæus would have been the lucky five percent of students who could study Latin in a church school or a monastery.

And yet we have rightly begun re-evaluating the Middle Ages as a time when Western scholasticism reached a high-water mark, precisely under the influence of these two thinkers, and the way in which generations of scholars formed by Christian doctrine interacted with them. We’ve begun realising that in spite of the violence and mass illiteracy of the Middle Ages, far from being a dark age, the scholars of mediæval Italy, Germany, France and Britain were ‘exuberantly’ laying the very intellectual foundations on which all of modern science, technology, art and literature would be built.

To give another example: the historian George Fedotov, commenting on mediæval Russia, noted that the first Christianised Russians (and Ukrainians, Ruthenians and Belarusians) of the tenth to thirteenth centuries didn’t have that many sources to draw on. There was no ‘great canon’, and even a complete Bible would not be available to most Russians until after 1500. Few people read written Slavonic, and even fewer read Greek. The bulk of the writings translated from Greek into Slavonic were of religious import, and only five authors had even one of their works completely translated. These were: Gregory of Nazianzus, Cyril of Jerusalem, John of Damascus, John Chrysostom and Ephraim the Syrian. Other writings in the vernacular were present, too, of course. But they were either incomplete, anonymously attributed or fragmentary, with only short anecdotes or quotes remaining from the original work.

And yet, in spite of this paucity of theological writing and absence of a scholarly tradition, Russia of the Kievan period exploded with vital creativity, in the same way England did under Alfred the Great. The great market towns did thriving trade with their neighbours, bridging West and East and linking Scandinavia to the Silk Road. Figures like Vladimir the Great and Yaroslav the Wise propagated ambitious legal and social reforms. Churches and monasteries blossomed like wildflowers. Some of the most-venerated Russian saints came from this period.

Quality mattered more than quantity for them. But what does this mean for us?

We face a very different set of problems today than did mediæval Europe. Our ‘quantity’ problem now is the opposite of what it was then. Instead of a paucity of source materials, we face a glut of information. Our mobile phones and laptops (not to mention ‘older media’ like televisions) bombard us nonstop with a mixture of information and entertainment. It’s not necessarily a poor reflection on us. We are, after all, products of our time and place. But the reality is that despite vast worlds of accumulated knowledge and wisdom being literally at our fingertips, we tend to pick up a lot of ‘noise’.

If we want to scale the same heights of creativity and intellectual sublimity that the mediævals did with much more limited resources, perhaps we ought to consider that our task is to sort down to the essentials – perhaps even concentrate on a limited corpus of a few very important, historically-significant works. And perhaps even some of the very same works as the mediævals themselves read! We ought to consider the wisdom in what C.S. Lewis said: that ‘it is a good rule, after reading a new book, never to allow yourself another new one till you have read an old one in between’.