U.S. Is One Generation Away from a Greece-Like Debt Crisis 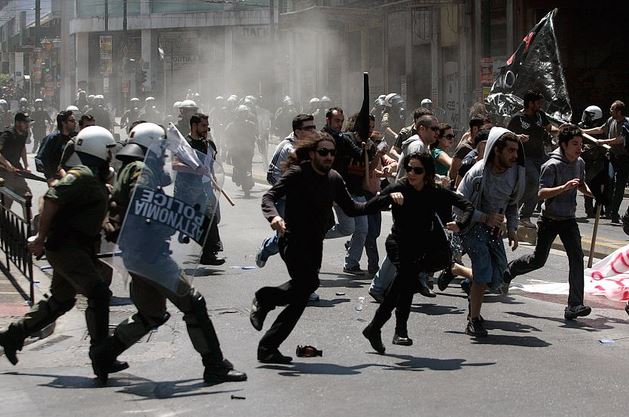 While Congressional Republicans bicker over tweaks to the Affordable Care Act, the federal debt prepares to pass the $20 trillion mark.

That might sound like a lot, but it’s small potatoes compared to what lay ahead. The CBO projects the debt to balloon to $92 trillion by 2047.

What is driving this debt surge? The CBO offers a graphic (see below) that makes is quite clear: healthcare spending and interest on the debt.

There is concern that this ballooning debt stands to turn the U.S. into Europe, a more Democratically-Socialist nation that runs deep deficits to finance a lucrative welfare state. But the truth is that day has come and gone.

Government debt in Europe currently stands at 90.1 percent of GDP, compared to 106.3 percent in the U.S. A more apt prediction would be to say the U.S. is facing a debt crisis similar to that in Greece.

As the CBO reports, the nation’s debt-GDP ratio is expected to rise to 150 percent by 2047, a level that “poses substantial risks for the nation and presents policymakers with significant challenges.”

The CBO is not an agency known for hyperbole. So how bad are we talking here?

Well, in 2010, the year Greece’s debt crisis became worldwide news, it’s debt-GDP ratio was … 150 percent. We all remember how that went.

What’s interesting is that both Democrats and Republicans are quite aware that this fiscal path is unsustainable, yet neither side appears to have the political will to correct the trajectory.

If you doubt this, just watch the 2012 clip below, which features Paul Ryan, then Chairman of the House Budget Committee, excoriating then Treasury Secretary Timothy Geithner for ignoring this looming crisis.

“We have a $99.4 trillion unfunded liability. Our government is making promises to Americans [and] has no way of accounting for them…We’re just going to keep lying to people.”

“You’re showing that you have no plan to get this debt under control…we don’t have a plan to make good on this.”

“Maybe we’re not disagreeing,” Geithner says. “What we do know is, we don’t like [your plan].”

Today, of course, things have changed. The onus to curtail the surging debt now falls on Speaker Ryan, who has the benefit of working with a GOP-controlled Senate and a president who ran on full-repeal of the Affordable Care Act.

Alas, 2012 Paul Ryan would not be pleased with the House bill passed by 2017 Paul Ryan.

The legislation would reduce the projected deficit by a paltry $119 billion over 10 years. This would not even dent the scary chart 2012 Paul Ryan showed to Secretary Geithner during the budget hearing.

“Leaders are supposed to fix problems,” Ryan said in 2012. “If we can’t make good on our bonds in the future, who is going to invest in our economy?”