Trump’s Right: The West Must First Have the Will to Survive 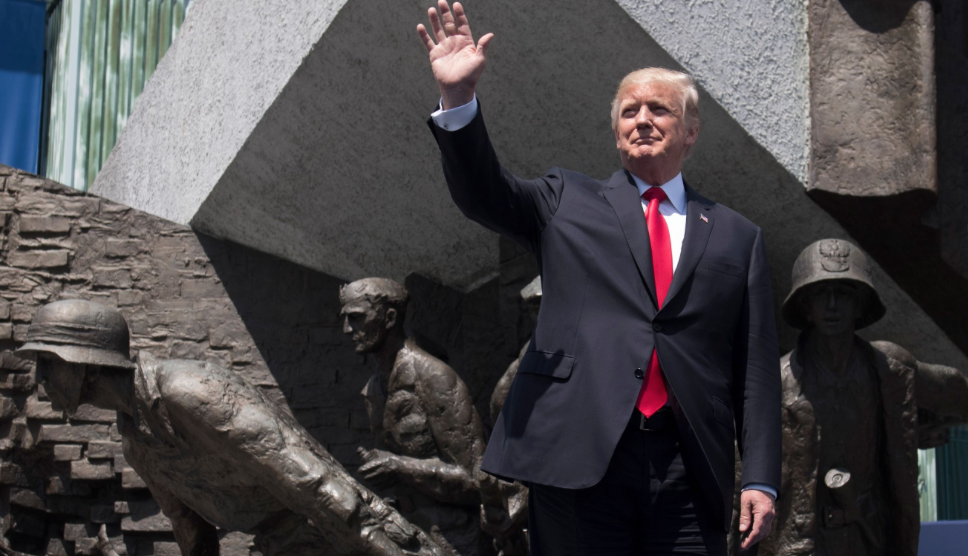 By now, I think most of us are aware that President Donald Trump is no great student of history or ideas.

But he does give voice to some statements that are pregnant with truth, even if perhaps neither a deep understanding nor practice of that truth is exemplified in Trump’s personal life.

One of these statements came yesterday in his speech in Poland, in which he posed what he called “the fundamental question of our time”:

“[A]s the Polish experience reminds us, the defense of the West ultimately rests not only on means but also on the will of its people to prevail and be successful… . The fundamental question of our time is whether the West has the will to survive. Do we have the confidence in our values to defend them at any cost? Do we have enough respect for our citizens to protect our borders? Do we have the desire and the courage to preserve our civilization in the face of those who would subvert and destroy it?”

On the future of the West, Trump is right: Western Civilization is being threatened by numerous enemies. To summon troops to defend it, we must first determine if its members still have the will to defend it.

Do we? I’m not sure that our current cultural climate gives much cause for optimism. Will Durant famously said, “A great civilization is not conquered from without until it has destroyed itself within.”

For decades now, Western civilization has been destroying itself from within through the erosion of the institutions that help sustain a civilization—family, school, and church. On the education front, as professor Patrick Deneen argued in an essay last year, America’s schools have produced generations of students ignorant of their Western roots. He argues that this ignorance is not an accident, but part of a larger program of “civilizational suicide”:

“Our students’ ignorance is not a failing of the educational system – it is its crowning achievement. Efforts by several generations of philosophers and reformers and public policy experts — whom our students (and most of us) know nothing about — have combined to produce a generation of know-nothings. The pervasive ignorance of our students is not a mere accident or unfortunate but correctible outcome, if only we hire better teachers or tweak the reading lists in high school. It is the consequence of a civilizational commitment to civilizational suicide. The end of history for our students signals the End of History for the West.”

One of the results of this ignorance is that most people today don’t even know what the hell “Western Civilization” is. When it’s referenced, it usually serves as a concept on to which people project their pet ideas or fears. Thus, for many of its “conservative” defenders, Western Civilization stands for the modern nation-state, the rule of law, capitalism, and free market economics. For many of its “liberal” opponents—as testified to by the mainstream media’s claims that Trump’s speech was “racist”—it’s a sign of prejudice, oppression, and patriarchy that must be forgotten in favor of a global society.

But this confusion over “Western Civilization” isn’t only to be chalked up to educational ignorance. The fact is that the term is really only about one hundred years old. Before G.K. Chesterton referred to the shared history, culture, and intellectual traditions of Europe and America as “the West,” it enjoyed a century-long run as “European Civilization.” Before that, it was simply called “Christendom.”

No one wants to be a martyr for an abstraction, and no one can really love what they don’t know.

To create a people with a will to defend Western Civilization, we’re going to eventually have to teach them something about what it is that we’re asking them to defend.