My University Treated Me Like a Criminal Over a Joke 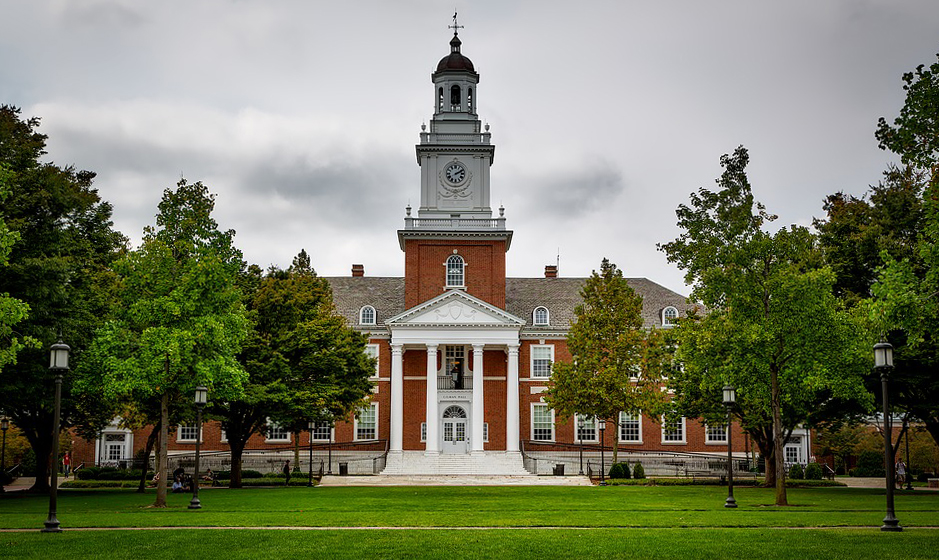 For the past six years, I have taught an undergraduate course on international economics at Johns Hopkins University. Most of my students thought it was a very good course. So I was shocked when, on December 6, 2016, I was met at the door of my classroom by Johns Hopkins security personnel and barred from entering.

The next day, I received a letter from my dean suspending me from my teaching duties—just three classes before the end of the semester.

What had I done to cause such a reaction by the administration? I had told a joke when discussing off-shoring, the practice of firms shifting work abroad, often in search of lower wages. Here it is:

The lecture on off-shoring took place several weeks earlier. The stated reason for my suspension was that three students (out of 68) complained that my joke had created a “hostile learning environment” in the class. That’s a charge most college administrators now take with the utmost seriousness.

At the time of my suspension, the investigation into those complaints by Johns Hopkins’ Office of Institutional Equity (OIE) had not even started, but still the administration somehow concluded that my teaching had to be terminated immediately.

I believe that the real reason I was barred from class and suspended was that in response to being informed two weeks earlier that a complaint had been made, I had noted the Orwellian characteristic of the OIE, quoting from their website but adding the italicized phrase in brackets:

Johns Hopkins is dedicated to the world of ideas and that world expands exponentially as those with different experiences and points of view share their knowledge and interpretations with one another […unless of course those views diverge from the dominant groupthink protected under the banner of ‘political correctness’ or threaten the safe spaces and comfort of anyone else]. Our commitment to diversity and inclusion reflects both a recognition of the past and the promise of the future, something owed to everyone in the Hopkins community.

I had also noted that the OIE appeared to be an enforcement mechanism for the “Political Correctness” and “Safe Spaces” culture supporting the Roadmap to Diversity and Inclusionpromulgated by President Ron Daniels and Johns Hopkins trustees. This “roadmap” was a response to demands from the Black Student Union that included greatly increasing the number of underrepresented minorities, subsequently defined as African Americans, Native Americans, South Pacific Islanders, Lesbians, Bisexuals, Transgender people, and “self-identifying men, women, and non-binary” persons.

Hopkins has an Academic Council with the mandate to “consider cases of alleged academic misconduct, faculty discipline, and appeals from negative promotion decisions, and will take action as necessary.” An appeal for access to the Academic Council by me, and for me by the Association of American University Professors, was met with the reply that no action could be taken before the OIE investigation was complete.

Although the OIE investigation was finished in early April and I was told a report would be ready in two weeks, the OIE has failed to complete the report, thereby delaying any access to a faculty review.

The term of my contract ended June 30 of this year and the long delay in providing such a report may simply indicate a desire to prevent access to the Academic Council, perhaps with its concurrence. In any case, the Homewood Academic Council (HAC) informed me on July 3 that “removal from a class for incidents of this kind would not ordinarily reach the level of extraordinary grievance that might be productively reviewed by HAC.”

I conclude that Johns Hopkins would rather have a sacrificial lamb to appease student protesters than to provide a faculty member with any semblance of due process.

Over two dozen students wrote emails protesting the actions taken against me and attesting to the value of my teaching. Here are just two of the posted comments.

As a nineteen-year-old who grew up in New York, I’ve spent my whole life hearing the virtues of some of the “politically correct” ideologies you’ve challenged in class extolled. Throughout class, I found myself disagreeing with you and with the class readings in principle on a variety of issues. However, that disagreement was my favorite part of class. Being challenged critically on an idea that I assumed to be indisputable fact has been one of the best intellectual aspects of my time here at Hopkins. Especially when these challenges are on the basis of a sound economic analysis…. If I could give you any advice as a student, I’d say continue to challenge students’ beliefs, continue to invite us to discuss with you, and continue to cultivate the intellectual environment you have had in your classes.”

In their article The Coddling of the American Mind, Greg Lukianoff and Jonathan Haidt worry that the imposition of “vindictive protectiveness” (a good description of my case) encourages students to think pathologically. Based on my experience, I can also affirm that it also encourages administrators, OIE investigators, and some faculty to also think pathologically. The failure to provide students alternative perspectives while encouraging them to think about and debate controversial issues and to make up their own minds is where many universities are now failing American students.

The encouragement to students to become hyper-sensitive to possible violations of political correctness and its restrictions on speech differs from what was expected of 18- and 19-year-olds some 70 years ago, as was pointed out to me by a high school friend of mine when he heard about my alleged offenses. Dr. Colin McKinnon wrote:

In 1944, 18-year-olds were losing their lives on the beaches of Normandy to protect democracy, including free speech. In 2016 our 18-year-olds need trigger warnings for potentially hot topics of discussion, safe places if their feelings are hurt by an idea, or, even more ridiculous, time off from university because Hillary lost the election. Free speech and the idea of a university is at a crossroads.

From our “greatest” generation to whining victims of “micro aggressions” in less than three quarters of a century? Not entirely, as a reading of the comments from my students attest. But the threat is real.

We are in a battle for the survival of the university as understood by President Hanna Holborn Gray who helped inspire the University of Chicago’s recent Statement on Freedom of Expression with the following words:

[Education] should not be intended to make people comfortable, it is meant to make them think. Universities should be expected to provide the conditions within which hard thought, and therefore strong disagreement, independent judgment, and the questioning of stubborn assumptions can flourish in an environment of the greatest freedom.

Our universities have gone badly astray when professors can be yanked out of their classes and denied rudimentary academic due process simply because a student couldn’t take a joke or administrators cannot tolerate criticism of actions that threaten to undermine the idea of a university.

This article was republished with permission from JamesGMartin.center. Read the original article here.