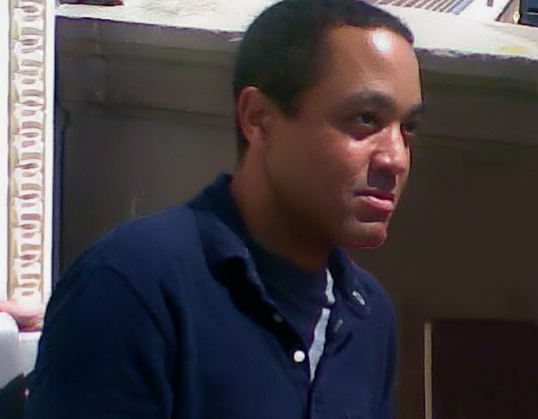 If there’s one good thing coming out of the chaos on campus, it’s the bipartisanship. No longer is it simply conservative professors who believe that the university has lost all common sense. Liberal professors are recognizing the same thing and sounding the alarm.

One of these individuals is Columbia University professor John McWhorter. McWhorter describes himself as a “cranky liberal Democrat,” supported Barack Obama as president, and embraces many common liberal orthodoxies.

His viewpoints, however, are not preventing him from expressing some strong opinions on the problems underlying today’s campus disarray, a course which he pursued recently in a speech at The Aspen Institute. The following list is taken from his remarks, transcribed by The Atlantic, and gives the highlights of his thoughts on these issues:

1. Social Media is a Big Problem

“Social media, especially when you have it in your pocket in the form of the iPhone, allows bubbles of consensus to come together such that you can whip people up in a way that was not possible a generation before, or even ten years before.”

2. We’ve Become an Image Based Society

“[Pictures are] more viscerally stirring than pamphlets or that thing called the physical newspaper in the past.”

3. Campuses are Breeding Grounds for Theatrics

“[C]ollege campuses are perhaps the least racist spots on earth. And the idea that any student is undergoing a constant litany of constant racist abuse is theater, it’s theatrical––you hate to say that to somebody 19 years old, but it’s not true.”

4. There’s a Decline in Sense

“[T]his new movement takes the idea that you’re supposed to show you’re not a racist or be sniffing out incidents of racism to give yourself a sense of legitimacy in society, into a place where language is being abused. And then when a speaker gets to campus, the idea is not that you protest the speaker, which was the idea when I was in college in the 80s, but that the speaker is not allowed to pollute the space with their words. …

And it needs to be called out, I think. And that’s tough! Because we’re talking about the behavior of people who are under 22. But it serves no purpose, as I think we’ve been able to see.

It starts with sense.”

“I remember living in a hall at one point and there were Republicans down at the end. And you were supposed to think of them as some sort of vermin. … And I couldn’t help noticing that they were also some of the nicest people on the hallway. Over the years I learned that I was not a Republican, but I could see how you could be one and have a coherent worldview.

And it happened from listening to them and eating lunch with them.”

6. Guilt, Not Understanding, is the Goal

“The idea is to understand that a lot of what the person sees is that people start out at different places––and that whiteness is a privilege. However, our problem once again these days is that it is being taken in a direction that is less constructive. The idea is not people can learn that there is white privilege and be considered to have learned it, and learn some other things.

The idea is you are to learn that you’re a privileged white person; you are to learn it over and over; really what you’re supposed to learn is to feel guilty about it; and to express that on a regular basis, understanding that at no point in your lifetime will you ever be a morally legitimate person, because you have this privilege.”

Do you think McWhorter is right? And is it even possible to return to a calm, non-dramatized approach to life and education?