How to Lose Every Argument 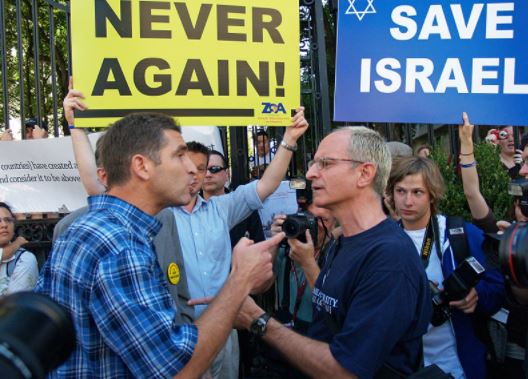 Usually, I’m hesitant to lay ultimatums down saying that one tactic or another will never, ever work. That makes a lot of assumptions that I’m not qualified to make, However, I would say that with certain goals, being uncivil harms, not helps, the cause.

This is true for any cause. But it is especially true for the cause of human liberty and social peace.

Civility has taken quite a beating recently. From being confused with “political correctness,” to being maligned as only the domain of losers, numerous public figures have decided that treating their opponents on either side of the aisle with respect is a thing of the past. In this fracas, civility has often been cast as another term for word policing and censorship.

Yet this definition of civility misses the important reason we developed civil language in the first place.

Civility is a view that the human being you are talking to is your equal. The reason I treat you with respect is because I view you, your opinions, and your ideas as I view myself. No matter how evil or good, uninformed or smart I think you are, if I had your experiences, I could be in your position. I may very well have become you and held your views.

Without this understanding, some of the greatest accomplishments of civilization would have been prevented by the dividing lines of culture.

To put it another way, civility is the humility that if you were born in North Korea, you’d also think Kim-Jong Un had god-like wisdom and power. Reclaiming the position that all of us should be treated as equals to the other is the true definition of civility. The way we speak to each other is the respect developed from that.

As a tactic, though, some have argued that incivility has its uses. It gets attention. It shakes people out of their apathy. Some even contend it won Donald Trump the presidency. The blunt, honest, truth, they call it. I would argue that if our goals are peace and liberty, there are two big reasons incivility has no place in our movement.

Incivility Prevents the Spread of Ideas

Liberty and peace are primarily advanced through the spread of ideas. It was not too long ago that John Locke, arguing that the subjects of the king had inherent rights, refused to put his name on that book, the Second Treatise of Government, for fear he would be hanged for such a radical idea. A mere hundred years later, the Founding Fathers built an entire government based on those ideas. Today, even the word “libertarian” is mainstream, and more people believe in individual rights and self-ownership than ever.

Further, nearly every major advance in liberty has been preceded by an advance in our ability to communicate ideas. The printing press, the radio and television, and the internet each have advanced human liberty by leaps and bounds.

And this is where incivility becomes a major problem. Division prevents the spread of ideas, and I’m not sure it’s possible to be irascible, i.e. easily angered, or uncivil, without being divisive. When I divide you, set you apart, say you are not equal to me, you, rightly so, stop listening to me. And that stops the spread of ideas between us.

“Forget” Everything about You

These were the words (more explicit in real life) of the Philadelphia woman as she urinated on the American flag this Fourth of July. It contained all the shock doctrine, attention, and brashness praised by opponents of civility. After she got death threats and had a contract put out on her head, the media responded, with everyone from the Daily Mail and The Sun to Breitbart and Fox News picking up the story.

In the face of such an overreaction, there is a tendency to respond in kind. And many writers did, some calling those who respect the American flag “flaggots” and “flag-worshipers” or “admirers of a piece of cloth.” One journalist wrote “you should be offended with your own damnable hypocrisy… calling for the bodily harm of someone committing a nonviolent act against a symbol.”

This is laying a dividing line down, splitting those who support the flag for what it stands for to them, maybe American values like freedom, liberty, and equality under the law, maybe the only thing they recognized in a foreign country, maybe the last thing they saw draped over their grandfather’s coffin, from those people who see the American flag as a symbol of oppression, genocide, or war.

It is a dividing line that doesn’t need to be laid down, as there’s no need to attack either side for us to agree that harming someone over a symbol is wrong.

This is even a dividing line that doesn’t need to be laid down. Most who support the flag could be easily convinced against those who would cause bodily harm to someone for defacing it, were they not lumped into the same category. They would also be most likely, since they shared similar values, to be able to rein in those who were advocating violence.

I don’t know of a way you can be uncivil – to come from a place where you view the person you are talking about or to as lower than you – without being divisive. They are inherent to each other, as the person targeted is inherently pushed away by such damaging language. When that person is pushed away, rest assured they will lock down, the conversation about our ideas on peace and liberty will end.

The Roots of Tyranny

More importantly, though, we have to recognize the role incivility plays in the roots of tyranny. The roots of tyranny have always been in the beliefs that a group of people deserve fewer rights, are less intelligent, less noble, less pious, less moral than another group. The claim of the inferiority of the other is the one consistent thing that has justified tyranny and force from time immemorial.

Our wars in the Middle East were justified because the Muslims are “savages” and “uncivilized.” Our drug war at home was justified because drug users were considered lower beings than the rest of us. Labor regulations were justified on grounds that some people – you know, those people – just can’t manage their own lives. Chinese immigrants were ruthless and bent on poisoning people, blacks were thugs and uncivilized, and so on.

We cannot impose tyranny on another person without believing they are lower than us. Equality of rights is key to preserving any type of liberty. Equality is what civility starts to bring back. If many of the “proud boys” in the alt-right and members of Antifa sat down at the bar away from politics, they would find plenty to agree on. And both sides, having seen the other as human, would be less likely to use force against the other.

The odds are, if we sat Antifa and the “proud boys” down for a beer, the clash at Berkeley would never have happened. It is only when one group views the other as less than that they are willing to use violence on them.

Do you know why we hate lawyers? Because they are the civilized form of a warrior. Prior to legal systems, you would just kill your neighbor if he wronged you. That civility prevents lots of unnecessary deaths.

Do you know why many people hate politics? Because they are on the modern day battlefields. Our ballot box is the pillbox, our elections the great battles across fields of blood, only instead of killing each other with weapons, we are using words.

Lose civility, make it so people think words aren’t enough, and we will go back to the violence of before. That is something I absolutely cannot bear to see happen here, and we are so, so close.

Some people confuse hard truths with a lack of civility. Look at Glenn Greenwald. He tells the truth. He doesn’t hold back. Yet he is still civil. He still commands the conversation always strives for clarity, honesty, sincerity. And because of this, he gains far more respect than if he just spit all over everyone who disagreed with him.

Hard-hitting journalism doesn’t mean you have to beat your target up, and often beating up your target just turns people on the fence against you, exacerbating the problem you were hoping to address in the first place.

Finally, there are people who have no interest in civility. They only want to insult, humiliate, smear, and get attention for doing so. They will always find sparring partners with others who desire the same. What can you do about them?

My suggestion: walk away. There is no good to be accomplished in this realm. Being civil to others, however, serves as a model for others, and a way to gradually change the world to one where there is greater peace and liberty.

This article was first published by FEE. Read the original article.