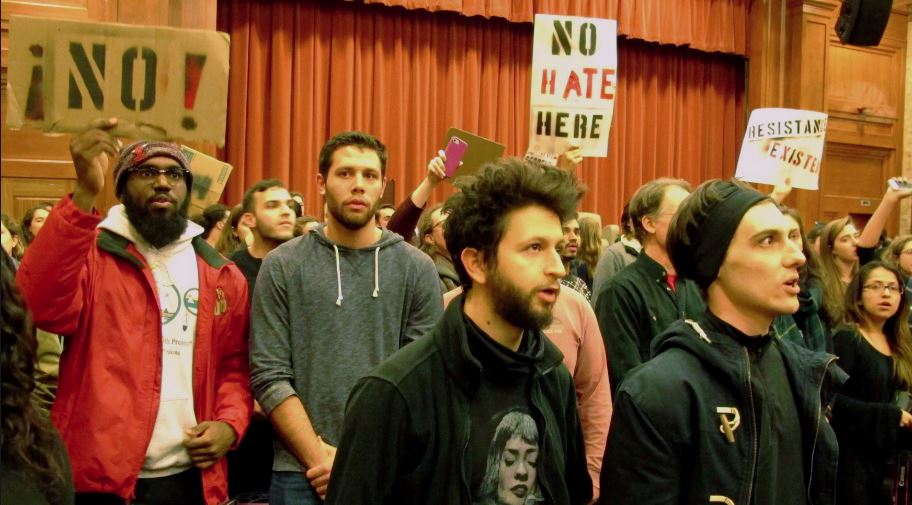 That goose-stepping you heard last week was the latest in an increasingly frequent series of violent protests by left-wing students directed at shutting down conservative voices on campus—protests many of which are encouraged by professors and college administrators.

It is instructive to think about the difference in how Charles Murray was treated when The Bell Curve was originally published in 1994 and how he was treated at Middlebury College last week.

But because of the book’s thesis that intelligence was from 40 to 60 percent inherited and the several pages that included data on the difference between White and Black intelligence, the book was portrayed as racist. The book was mischaracterized, maligned, and lied about. But no one donned black sweaters and masks and tried to physically accost its author.

Instead, people argued about it, with at least public attempts to be logical. Liberals engaged in their customary moral posturing and intellectual dishonesty, but they at least pretended to be rational and civil.

I remember it well. After the book came out, I was invited by Kentucky’s largest newspaper, the Louisville Courier-Journal, to debate the book with one of its reporters in front of its editorial board. The debate was respectful, even though they didn’t appreciate my pointing out that they believed homosexuality was inborn despite no credible evidence for it and disbelieved that intelligence was inborn despite the mountain of evidence in its favor provided by Murray.

But the most interesting thing about the debate was that the reporter, who stood up during his presentation to piously condemn Murray and all his works, admitted that he had never actually read the book.

Undoubtedly many who criticized the book at that time had not read it either. But at they at least pretended they did, betraying that they at least thought they should read a book before criticizing it.

I wonder how many of the brutes at Middlebury College actually read the works of the man they tried to beat up last week. They certainly would not have read his books in their classes. In fact, people in general are reading less than ever before.

The left has now magnified its intellectual dishonesty by combining it with ignorance, ignorance it is less and less interested in even hiding.

It is getting hackneyed to point out that if this behavior was conducted by conservatives it would be portrayed as a national crisis. There is something deeper and even more concerning going on here: Our academic culture is no longer interested in even pretending to know what it criticizes, and that ignorance is now deteriorating into violence.

Violence is what people do when their educational institutions fail to provide them with the intellectual tools necessary to fight with words.