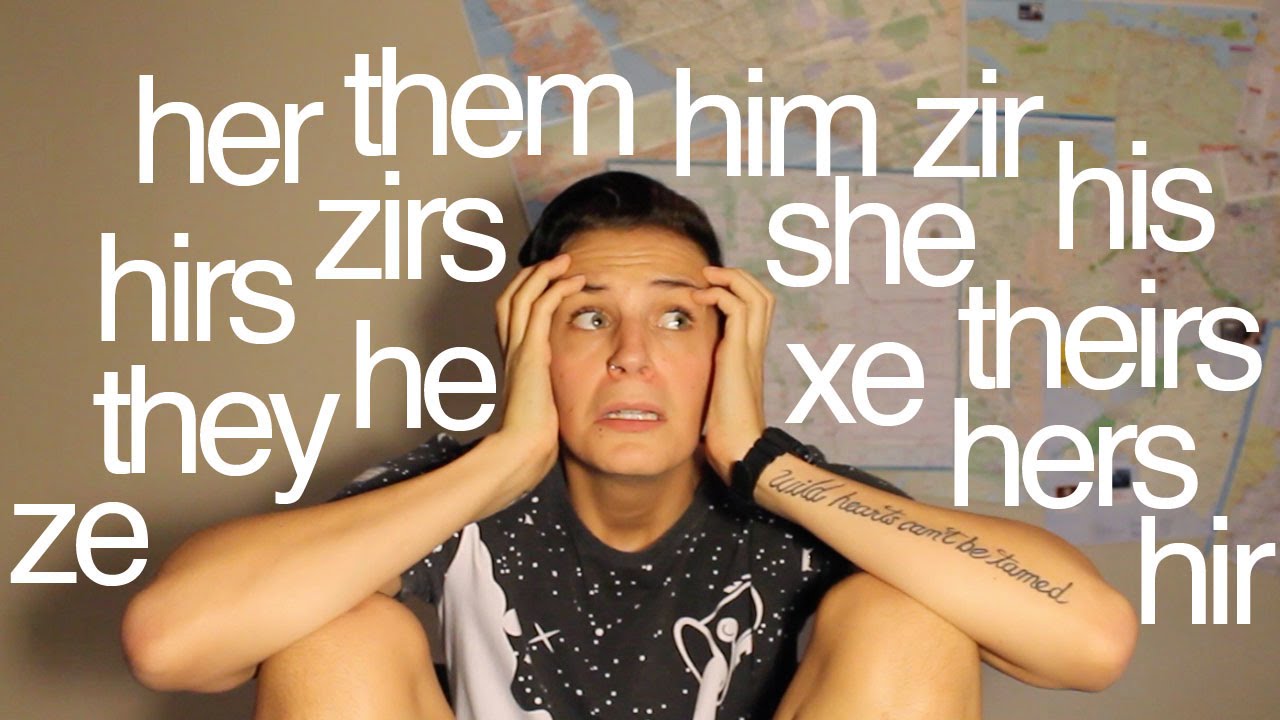 Many in our culture are confused about the meaning of words.

I’m not just talking here about what counts as ‘fake news’, or the typical contortions that politicians put on their own language to distort facts—though that in and of itself is something of a worrisome trend. But it’s growing increasingly common to hear people talk about the need for gender-neutral pronouns to accommodate transgender and gender-fluid preferences. Because gender itself is considered to be socially-constructed, and thus amenable to de-construction, it is thought that the very English language itself must be made to fit the needs of the individual, with new pronouns like ‘ze’.

This may look quite troublesome at first glance, and there are indeed valid reasons for concern. The great science fiction author George Orwell showcased the dangers of top-down, politically-motivated manipulation of language in Nineteen Eighty-Four.

But those of us, like Orwell, who see a worrisome trajectory in this development should take comfort in the fact that there are very few new arguments under the sun. In classical Greece, there was an entire school of thought which promoted the idea that words and language should be made to fit man, because ‘man is the measure of all things’. The leader of this school of thought was Protagoras, and he and his students sometimes clashed with other members of Athenian society: in particular, a certain Socrates of Alopece.

Cratylus took up the exact opposite position: that a word either has a fixed, divinely-given meaning nailed to an actual object, phenomenon or concept in the real world, or else it is meaningless gibberish. (These days we might call Cratylus a ‘positivist’; his ideas are similar to those of the Austrian philosopher of language Ludwig Wittgenstein.)

Hermogenes, finding himself somewhat at a loss in the argument, invites Socrates to intervene in the argument, though Socrates professes to know nothing himself about the science of names, not having been able to take the expensive course in grammar offered by Prodicus. Even so, Socrates starts to question Hermogenes about what words are and do.

In a nutshell: he asks Hermogenes if he can tell the difference between good and bad men. (He answers ‘yes’.) Then he asks Hermogenes if the same ‘good’ and ‘bad’ can also apply to things and actions, like cutting cloth—that cutting can be done well or poorly. (Also, ‘yes’.) And naming or describing things is also an action? (‘Yes.’) So naming things can be done well or poorly? (‘Of course.’) Like cutting cloth can be done to fit the person being clothed, the word can be made to fit the object or concept it represents? (‘Yes.’)

The argument goes on much longer, of course. And Hermogenes asks Socrates for etymologies of words denoting big concepts and names of the gods and virtues, for which Socrates offers half-serious, half-sarcastic etymologies which as often as not make him sound like the father-in-law from My Big Fat Greek Wedding. But Socrates eventually brings Hermogenes around to a realist position that even if language does ultimately disappear down an infinite regress of etymologies, it can be argued reasonably that words do represent realities and can’t be exchanged or altered willy-nilly.

Cratylus is heartened by Socrates appearing to take his side in the argument, but Socrates soon begins questioning him as well. Cratylus stubbornly refuses to admit that words can be false as well as true, or that some words are better at representing reality and truth in certain situations than others. Socrates, for his part, wants to draw a distinction between the word and the reality that Cratylus the positivist isn’t willing to admit. For Socrates, the word is a ‘likeness and image’ of the reality (literally, an icon), and just as painting or tailoring or carving can be done well or poorly, so can describing things in words. Socrates concludes that it’s better to investigate realities themselves than to get caught up in the semantic distinctions. Language changes; the ‘permanent things’ so valuable to Socrates (and Eliot) do not. Socrates isn’t denying (nor is Plato) the power of language at all. Otherwise, he wouldn’t spend so much time talking with these inquisitive young men of the Dialogues. But they do see the spoken and the written word as being less important than the really real Being behind them.

To Orwell, poor language really did have a warping effect, not necessarily on reality itself but on our relationship to it. I don’t think this is something Plato or Socrates would necessarily deny (in fact, the relationship between poetry—along with its effect on the soul—and politics is one of the central themes of the Republic). But there are equal dangers, both in reducing deep works of human history—works like language and culture—to ‘social constructs’, and also in taking them as positive ‘givens’.