Moral Outrage Has a Cost 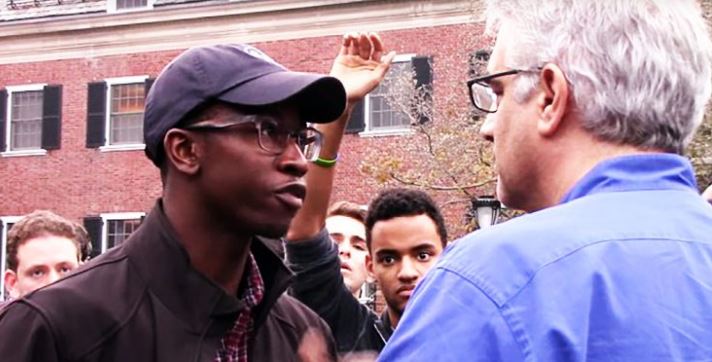 Many Americans are morally outraged that U.S. President Donald Trump fired former FBI Director James Comey, who had been investigating possible links between Trump’s election campaign and the Russian government. Many others are angry that Comey accused President Trump of lying about the FBI. Still others are mad that Trump then accused Comey of lying under oath before Congress.

Soon something else will stoke people’s moral outrage. A look at any partisan news source or social media site will show people expressing maximum anger at all hours of the day.

What explains all of this outrage?

The world isn’t really getting worse. But people have incentives to act like it is. New technologies give virtually anyone, at any given moment, a platform to express anger. These new ways of communication, from Twitter to Facebook, allow anyone to express outrage at the newest political dust-up or celebrity gaffe. And by expressing anger in this way, people are able to communicate something about themselves – that they are morally sensitive, that they care about injustice – so much so that they are willing to accept the cost of being upset to show it.

Sometimes, however, outrage can be misplaced or excessive, and when it is, this can have bad consequences for a healthy public discourse.

As moral philosophers, we are interested in how we should speak to one another about controversial and difficult moral and political issues.

Even the most casual observation reveals that some people don’t treat public discourse with the respect it deserves. They don’t treat moral discourse as a way to collaboratively identify problems and ways to fix them. Rather, they treat it as a way to show off how moral they are.

In fact, many people appear to use outrage in exactly this way. These displays of outrage are part of a larger phenomenon called “moral grandstanding,” something we explored in a recent paper.

Here is the basic idea. Grandstanders use talk about justice, rights or morality in general to show that they are good people. Grandstanders want others to think that they care more about justice, or empathize more deeply with the poor, or more clearly understand the plight of the factory worker than the average person. Some are more modest, and just want to show that they are on the right side of history. For grandstanders, moral and political discourse is a vanity project.

Most people – including the authors of this piece – have been guilty of grandstanding at one time or another, and for understandable reasons. Research shows that individuals tend to regard themselves as morally superior to others: they think they care more about justice, or empathize more deeply with victims of wrongdoing, or have greater moral insight than the average person. When it comes to morality, people tend to give themselves pretty good reviews.

Furthermore, research suggests that people want others to think they are moral paragons, too. And so they grandstand.

Grandstanding takes many forms. In their quest to impress others, grandstanders pile on in cases of public shaming, announce that anyone who disagrees with them about a difficult matter is obviously wrong, or make extreme and implausible claims.

Outrage can be a form of grandstanding because expressing outrage, whether sincere or feigned, is a way of showing how much you care about morality. According to research by psychologist Linda Skitka, people with strong moral convictions about an issue are more likely to have strong emotional responses when discussing them.

The use of anger to show just how serious you are about morality is familiar one. In 2014, for instance, President Barack Obama wore a tan suit during a press conference where he discussed the threat of the Islamic State. Representative Peter King was outraged, saying of Obama’s wardrobe choice, “There’s no way any of us can excuse what the president did yesterday.” King’s response signaled that he would not tolerate any moral lapse from Obama, no matter how trivial.

If you want to show people how much you care about being morally upright, outrage will often do the trick. Because strong emotional responses are correlated with moral convictions, people think they can display their moral commitment by showing that they are outraged.

In fact, the more outraged, the better. If you are the angriest, you must be especially good. As Berry and Sobieraj say, “Outrage trades in hyperbole.”

The costs of outrage

In and of itself, outrage may not be all that bad. Expressions of anger can be very effective at identifying bad things in the world and motivating us to address them. But to use outrage effectively, we must protect it. Otherwise, when anger could be used to help people see that something is wrong, displays of outrage will just sound like more of the same.

The problem with grandstanders is that they don’t protect anger; they abuse it. For grandstanders, just about anything can be cause for outrage. From Chinese food, to wearing the wrong-colored suit, to Shakespeare in the Park, anything can be used to display one’s moral purity.

But there is good reason not to use anger this way. Indiscriminate outrage dilutes its power to identify particularly bad things. By contrast, expressing anger selectively protects it as a way to signal significant injustice. There is also evidence that exposure to outrage discourse tends to undermine tolerance of others and promote misunderstanding about political issues. Displaying and consuming lots of moral anger comes with costs.

People are faced with a choice, then. They can grab all the attention they can get by grandstanding about how outraged they are. In doing so they risk rendering their anger ineffective at identifying injustice. Or they can keep their outrage in reserve for when it might actually accomplish some moral good.