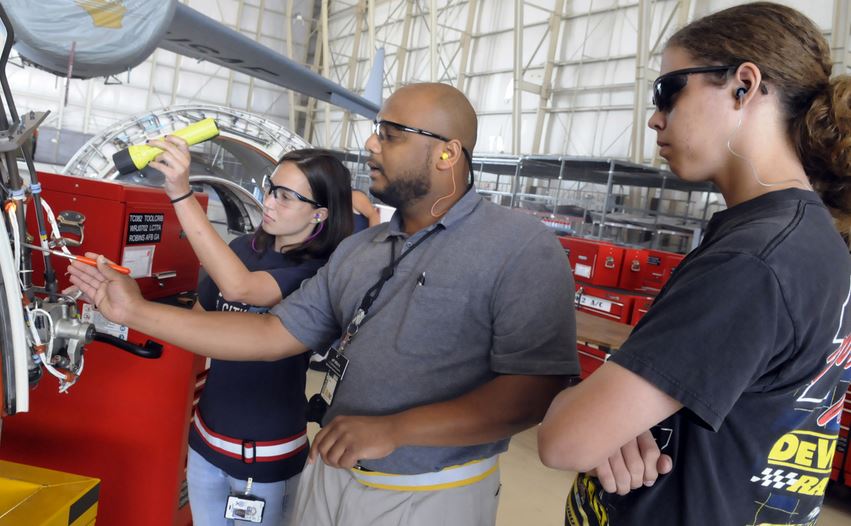 Apprenticeships first appeared in the later Middle Ages as an opportunity for young people, usually between the ages of 10 and 15, to gain practical skills and on-the-job training from a master craftsman. These adolescent apprentices came of age immersed in authentic experiences and surrounded by adult mentors.

The term “adolescence” comes from the 15th century Latin word, “adolescere,” meaning “to grow up or to grow into maturity.” But it wasn’t until 1904 that G. Stanley Hall, the first president of the American Psychological Association, coined the term “adolescence” to identify a separate and distinct phase of human development. The expansion of compulsory schooling statutes, particularly for teenagers, as well as new child labor laws, artificially extended childhood and gave rise to the “typical teenager” stereotype that persists today.

Adolescence became a social construct. Most of the research into adolescence, often viewed in pathological terms, began in the 1940s. Removed from genuine, real-life experiences and confined to a restrictive, artificial mass schooling environment, it is no wonder that adolescents often respond with apathy, angst, and anger. But this is not how teenagers have historically behaved, nor how they behave today in many parts of the world.

As psychologist Dr. Robert Epstein, author of The Case Against Adolescence, writes:

“The social-emotional turmoil experienced by many young people in the United States is entirely a creation of modern culture. We produce such turmoil by infantilizing our young and isolating them from adults. Modern schooling and restrictions on youth labor are remnants of the Industrial Revolution that are no longer appropriate for today’s world; the exploitative factories are long gone, and we have the ability now to provide mass education on an individual basis. Teenagers are inherently capable young adults; to undo the damage we have done, we need to establish competency-based systems that give these young people opportunities and incentives to join the adult world as rapidly as possible.”

Apprenticeships can be a valuable, time-tested approach to connect adolescents with the authentic, practical experiences of the adult world. President Trump, who touted apprenticeships during his campaign, is expected to announce a strategy next week to expand apprenticeships at the college level. As the Chronicle of Higher Education reports: “President Trump plans to rework college-accreditation and student-aid policies in a bid to encourage greater use of apprenticeship training in higher education.”

Apprenticeships at any life-stage can be valuable, especially for college students; but creating a pathway for learning separate from schooling should begin much earlier. High school-age young people crave real, meaningful experiences that can lead to useful skills and hands-on knowledge. Expanding apprenticeship programs to adolescents can not only address socially-constructed teenage turmoil, but also create a critical pathway for career success and personal fulfillment.

In the preface of his book, The Means to Grow Up: Reinventing Apprenticeship as a Developmental Support in Adolescence, Dr. Robert Halpern writes that “youth apprenticeship experiences set the foundation for and in some instances actually create more nuanced and grounded post-secondary pathways for many youth, across social class. What might at first glance seem a strategy for reproducing inequality–an academic pathway and extended adolescence for the most advantaged youth, a more vocational pathway and a push into the adult world for the less advantaged–is one means for addressing it.”

Apprenticeship programs are a win-win for both apprentices and the employers who hire and train them. Adolescents gain beneficial abilities and connection to the authentic, adult world, while employers generate a pipeline of skilled workers. Teenagers are not innately troubled. The key is to support their natural development by removing them from restrictive, artificial institutional environments while reintroducing relevant pathways toward adulthood.