Jordan Peterson Explains Why He Doesn’t Like Virtue Signaling 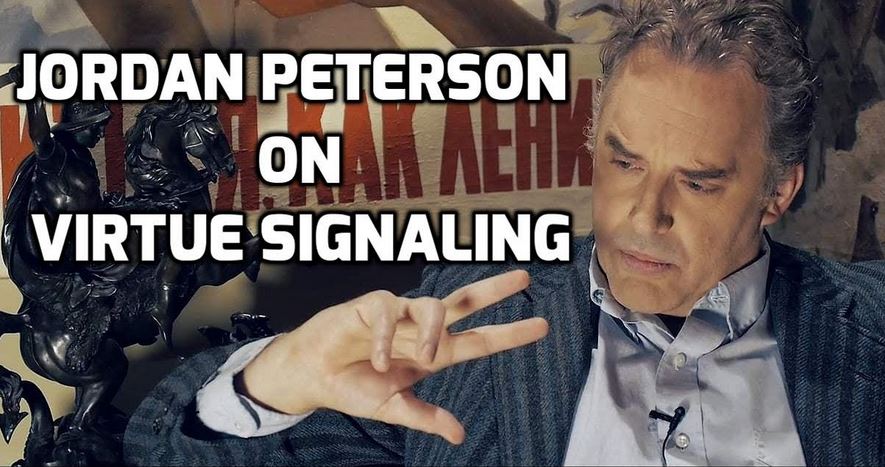 In a recent youtube video, University of Toronto Professor and clinical psychologist Jordan Peterson spoke with students about virtue signaling.

“Virtue signaling,” definitionally speaking, is the conspicuous expression of moral values done with the primary intent of improving one’s standing among one’s peers. Or, as Urban Dictionary describes it, virtue signaling is “saying you love or hate something to show off what a virtuous person you are, instead of actually trying to fix the problem.”

Jane: “Wow! I hate Fox News! They’re so evil and they hate women!”

John: “Why don’t you actually do something instead of just virtue signaling about it?”

Jane: “OMG that would be WAAAAAAY too much work” *goes back to shitposting on twitter*

Sound illogical? It does to Dr. Peterson. The professor begins by talking about protesters:

“You shouldn’t make a public display of your virtues until you’ve straightened out your damn life. And this is one of the things I really don’t like about protests. And I really don’t like the fact that university students are taught by their … professors that the way that you change the world [is through protests].  You don’t change the world by going and waving signs at people you’ve defined as more evil than you. First of all, the probability that they’re more evil than you is actually quite low.”

Peterson elaborates by saying that the protesters are blind to their own malignancies:

“The line between good and evil runs down the middle of every human heart. … You have to recognize yourself as a perpetrator of great evil. And that is what you are. And that’s a terrible thing for people to learn. Now you look at the 20th Century and who brought on the horrors of the communist systems and the horrors of the Nazi systems? Well the answer is people just like you. We have an unlimited capacity for brutality and evil. And every one of us carries it. And so what you do is you try to sort that out in your own life.”

Peterson explains that though they carry the capacity for evil, students are not fated to live out that capacity. Humans are capable of overcoming their nature.  Once they have done so to a reasonable extent, then it is appropriate to attempt to improve a community: “By that time, you’ll actually have some power and some self-confidence and some credence, and you’ll be less likely to stupidly hit something with a stick and say you fixed it.”

Is Jordan Peterson right? Would we all do better to look inwards instead of outwards and only step into the community once we believe we have something positive to offer?