Is the Media Blacking Out the Insanity at Evergreen State? 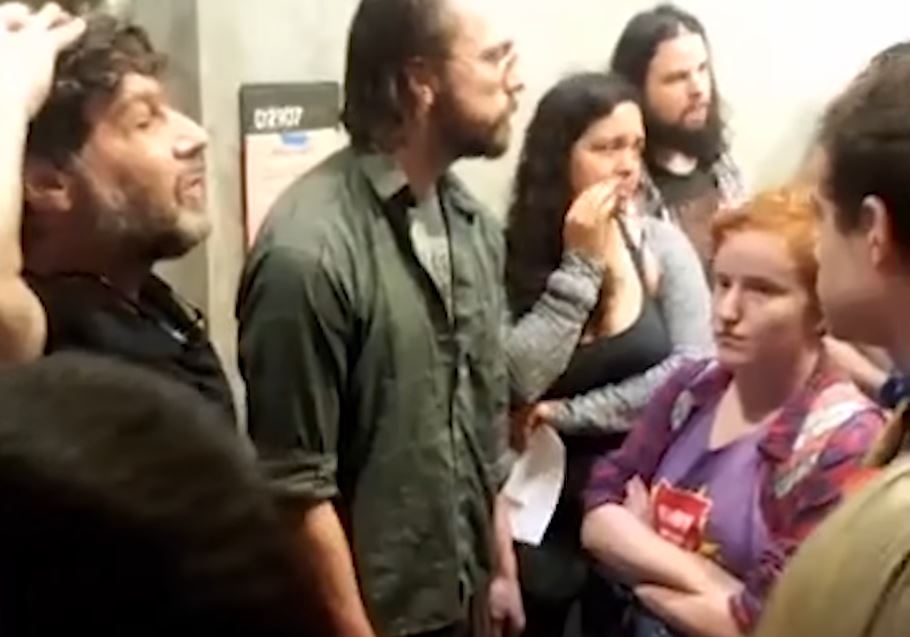 Some readers may be familiar with the weird saga unfolding at Evergreen State College, where a progressive biology professor named Bret Weinstein recently was greeted outside his classroom with chants of “racist” and “white supremacist” by some 50 students.

Weinstein’s crime was to go to work one day despite a request by a student organization for all white people to stay off campus and observe a forced “Day of Absence” in recognition of our culture’s systemic racism.

In an email to a student (see below), Weinstein explained that compelling others to be off campus was much different than a group of students choosing to be off campus themselves (the latter was the tradition at Evergreen State until 2017).

[Editor’s Note: Do yourself a favor and watch these videos, even though they do contain profanity]

For declining to remove himself from campus, Weinstein has seen his life upturned.

A petition calling for disciplinary action against him was signed by more than 50 Evergreen State faculty. Facing hostility and threats, he and his family have relocated.

Weinstein’s ordeal is one of the most bizarre education stories seen in years, but what’s most bizarre is this: It’s getting almost no media attention.

I didn’t realize this until it was pointed out by Mike Paros, a biology professor at Evergreen State who spoke out on behalf of Weinstein. In his remarks, Paros urged others to “walk toward the fire” and stand with Weinstein. He suggested that few were actually doing so, noting that “Weinstein reluctantly went on Fox News, because no other news source would pick up his story.”

The comment stuck out to me for a couple reasons.

First, one can clearly see it pains these academics to seek sanctuary from Fox News, a news channel most people in the ivory tower find low and revolting. Second, is this juicy story really radioactive to media? If so, why?

I decided to do some Googling. It turns out that Paros is right. A search reveals a few pages of stories, nearly all of which were reported by local or conservative media.

I was able to find a single national story on Bret Weinstein and Evergreen State, an opinion piece written by New York Times staff editor Bari Weiss that the Times published on June 1.

That’s it. Nothing from Time. Or Slate. Or the Atlantic. Or New York magazine. Or Salon, where Weinstein is a contributor. The major networks like CBS, ABC, and NBC? They are MIA, too. Even NPR, arguably the best education news source in the world.

It’s utterly astonishing, if one pauses to think about it. A tenured university faculty member who voted for Bernie Sanders is being railroaded off campus by a mob of unruly students—and the press has an utter lack of interest in the story. The progressive professor is forced to crawl to Fox News and The Wall Street Journal to plead his case.

Why is this story not being chronicled and exposed by America’s best media outlets?

We don’t know the answer to this question, but it certainly seems possible that traditional media (what conservatives derisively call “the MSM”) are no longer interested in covering stories that don’t fit certain narratives regarding race, gender, and class in America, even if those stories are clearly newsworthy.

If this is indeed the case, it’s deeply troubling.

Thomas Jefferson once wrote, “Where the press is free and every man able to read, all is safe.”

Little did he know that one day the press might forge its own shackles.