Got Rainbow Pride? Only if Facebook Says You Should 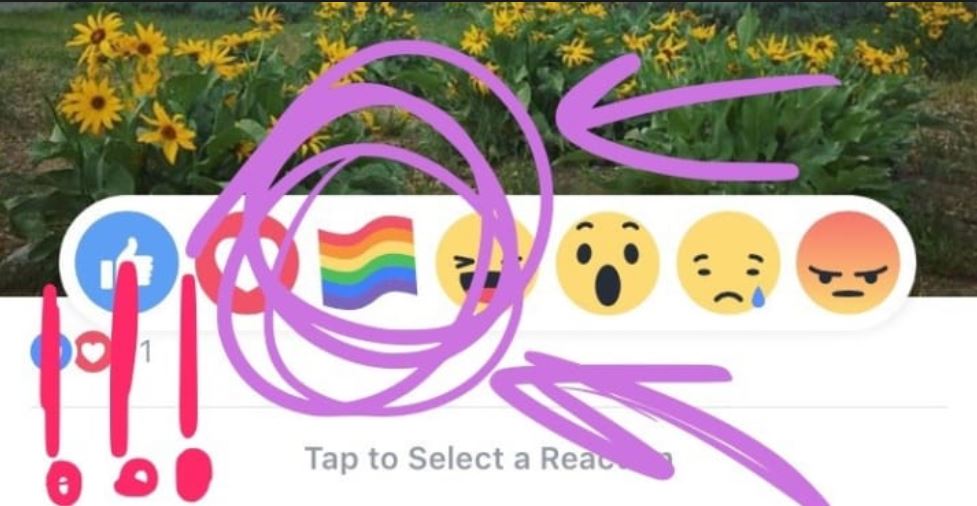 During the month of June, you might have noticed that the Internet was covered in rainbows for Pride Month. YouTube proudly displayed the rainbow flag as it promoted a series of LGBTQ videos under the hashtag ProudToBeBrave. YouTube’s homepage also featured a video, “Celebrate Brave Voices this Pride,” which garnered over four million views. A rainbow banner outlined Google searches for LGBTQ topics. And Facebook, following the trend, added a “rainbow reaction” to allow LGBTQ supporters to display their pride during the month of June.

But not everyone is allowed to display their pride, and Facebook’s process for deciding who is allowed to use the “Rainbow reaction” should elicit concern from both the right and the left. One might assume that Facebook, using analyses of each person’s likes and interactions, has given only LGBTQ supporters the right to use the rainbow reaction. (Editor’s Note: This is not actually the case.)

Many people have spent the month of June scratching their heads and trying to find out why they don’t have access to the rainbow reaction. It seems like a small thing, but this restriction on who gets to use the reaction and who does not is indicative of a widening gulf in conversation between the left and the right.

Facebook’s Rainbow line in the sand only contributes to such hyper-partisanship. By denying some people a way to participate and support their non-conservative or LGBTQ friends, Facebook encourages each group to stay comfortably in their own silos. How long until conservative Facebook and liberal Facebook become two separate entities so that the only opinions that appear on your feed mirror an ideology with which you already agree? In fact, despite its claims to the contrary, Facebook is already doing this.

And there’s a strangely coercive tenor to Facebook’s method for allowing non-liberal users to opt-in to using the rainbow flag reaction. Facebook’s decision to require that users like the [email protected] page in order to access the rainbow flag reaction forces users to commit themselves as supporters of a movement with which they might not entirely agree, even as they want to support individual friends or family members who are LGBTQ. When I liked the [email protected] page, Facebook automatically notified a number of my friends, who responded with ironic likes. Whether I am a supporter or whether I just wanted to respond to my friends’ posts with a pretty flag, I have now been labeled.

And don’t think for a moment that Facebook is doing this out of its own goodwill. Facebook is still protecting its bottom line with this promotion. In countries where homosexuality is illegal, the rainbow reaction isn’t available to Facebook users. Some activists have (correctly) called out the company for sequestering its message of acceptance and free love from the people who need it the most. But Facebook wouldn’t want to risk whole nations to boycott their site. Evidently pride has its limits.

It’s hard not to conclude that Facebook’s decision to keep the rainbow reaction away from conservative users in the U.S., is, like its overseas strategy, merely a clever marketing move that allows Facebook to engage with the political enthusiasm (and advertising dollars) of the LGBT movement without causing outrage among conservatives.

The Rainbow reaction allows the social networking giant to seem woke, but at what cost to open conversation in a heterogeneous society? June is almost over and the rainbow reaction will soon vanish from our feeds, but the next time a polarizing Facebook promotion comes up, think twice about whether the company is trying to stimulate conversation, or silence it.

This article was originally published by Acculturated. Read the original article.