Do Teachers Really Work Less Than Other Professionals? 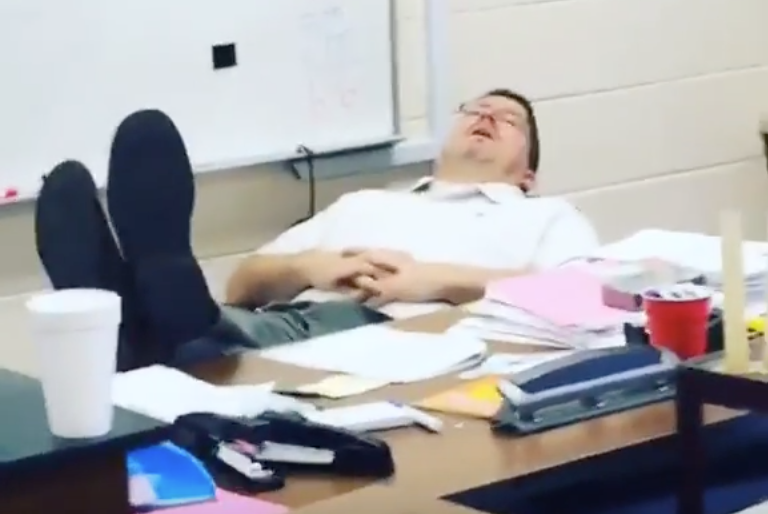 “Teachers receive a full-time salary with great benefits for only working 9 months out of the year.”

I frequently see some iteration of the above in the comments section of Intellectual Takeout’s articles on education. It’s usually trotted out when another commenter tries to make the claim that teachers are underpaid or underappreciated.

But is it really true that teachers work less than other full-time professionals?

The short answer is yes and no.

On the other hand, the teachers who put in as many (or more) hours per week in relation to full-time professionals are those who extensively prepare for class and spend a good chunk of time grading student work.

I was a teacher in this latter group for four years, and can provide some anecdotal evidence about what my typical year looked like.

At my high school, the official school day lasted from 8 a.m. to 2:30 p.m. (6.5 hours). I would usually show up one hour early to prepare for my classes. Because I was mentally drained after teaching six classes per day, I would often pull a Mr. Holland and bust out of the school building soon after the bell rang. However, after dinner I would spend 2 hours preparing for the next day. So during the school year, my typical workday lasted 9.5 hours.

And then there was the average of 3 hours I would spend on the weekends either grading or preparing for the next week. In total, then, my average work week during the school year was 50.5 hours—which is around what the very teacher-friendly studies report.

But then there was the coaching for the school I did in the spring to bring in some extra money. That was an extra 2.5 hours per day for three months (March – May), making for a work week of 63 hours.

My summer break would begin sometime in the middle of June, after I turned in my grades for the year. I would then have a good, solid month of doing nothing that was school-related (other than reading). But then, beginning in mid-July, I would need to start preparing for the next school year, and would devote about 10 hours per week to that preparation until staff orientation the week before school.

So… if I add up all the hours in my typical work year, and subtract the winter and summer vacations (28 weeks at 50.5 hours/week + 12 weeks at 63 hours/week + 5 weeks at 10 hours/week), it comes to 2220 hours. If I divide that by the 50 work weeks of the typical American worker (which accounts for two weeks of vacation), it comes to an average of 44.4 hours of working per week.

To summarize: As a teacher who spent a lot of time outside of class preparing and grading, when I was working, I was working more hours per week than the average American worker with a college degree (which is 44.8 hours, according to the Census Bureau’s Current Population survey).

But if you factor in my vacation periods, as a hard-working teacher I worked about the same number of hours per week as the average, diligent American worker.

And despite the rhetoric you hear from the teachers’ unions, not every teacher is a hard worker.